ABC News anchor Dan Harris recounts having a panic attack live on "Good Morning America." Harris went on to encounter a number of snake-oil-selling self-help gurus before he finally discovered the effectiveness of traditional Buddhist meditation. Harris is the author of 10% Happier. 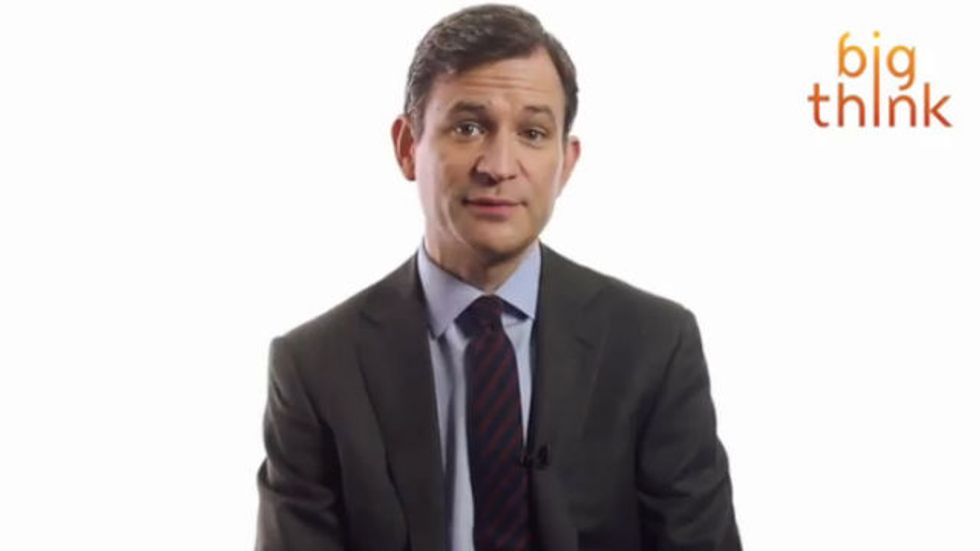 One of the greatest things that we can do for our minds is give them a break. From our hectic schedules, the demands of our careers, and the demands we put on ourselves, we can let the pressures build until they demand to be heard. Dan Harris, the co-anchor of "Nightline" and the weekend editions of “Good Morning America,” discovered this on live television, while having a panic attack, in front of 5 million people. Harris, a popular anchor, flourished in the world of fast-paced television news. But he relieved his stress with recreational drug use, and it caught up to him, changing his life.

“I was doing a job that I’d done many times before which was filling in as the news reader on 'Good Morning America,'” says Harris, recalling the unforgettable incident. “The job basically entails coming on at the top of each hour and reading a series of headlines to the audience, bringing them up to date on the news of the day.  And I was happy and excited to be there.  I had no way to foresee what was about to happen.”

What happened next was a physiological reaction to stress and his unhealthy coping method for dealing with that stress. An “irresistible bolt of fear” shot through him, his heart was racing, palms sweating, and it became hard to breathe. Panic attacks are not unusual, what’s of course unique about his experience is that the moment was preserved on tape. “You can see it and hear it on the tape.  I’m gasping for air.  It would have gotten a lot worse, it would have become something like the famous clip from Broadcast News where Albert Brooks breaks out in flop sweat except for I did something halfway through my newscast I’d never done before, which is I quit,” he says.  “I punted.  I sent it back to the main hosts of the show.”

Harris set off to understand what happened to him, and how he could adopt healthier ways of dealing with stress. This led him to a meeting with renowned author Eckhart Tolle. His most famous book, The Power of Now, created a movement about embracing the power of the present, the sanity of a single breath. Some readers have complained that the book's writing style is too dense and confusing.

“Eckhart Tolle says we all have a voice in our head.  He’s not talking about hearing voices in the schizophrenic sense.  He’s talking about our inner narrator, the thing that wakes us up in the morning and yammers at us all day long,” explains Harris. Unchecked, this inner-narrator can lead us to self-defeating behaviors, as Harris admits that it did in his life.

But Harris wasn’t satisfied with his meeting with Tolle, and found his advice confusing. His wife then gave him a book by Dr. Mark Epstein, a psychiatrist who writes about about the overlap between psychiatry and Buddhism. Reading his work, Harris discovered that Tolle's "best stuff" was simply promoting the teachings of Buddha.

“[But] unlike Eckhart Tolle, the Buddhists have some actionable advice for dealing with the voice in your head,” he says. “The problem was I didn’t want to do it.” Meditation did not seem like his kind of thing. But then Harris began studying the science of meditation, how it shaped the brain, and the extraordinary impact it can have on the body and the mind. “It can lower your blood pressure, boost your immune system, and literally rewire key parts of your brain that have to do with self-awareness, compassion, and stress,” he says. “So when I heard that I decided to give it a shot.”

Harris combined his research and his highly personal story in the book 10% Happier: How I Tamed the Voice in My Head, Reduced Stress Without Losing My Edge, and Found Self-Help That Actually Works--A True Story. His book has received critical acclaim and high marks from reviewers. Harris believes that if he can become a “public evangelist” for meditation, than anyone can adopt this beneficial daily practice.

For more on the benefits of meditation, and Harris’s compelling story, watch this clip from Big Think’s interview: