It Pays to Pay Your Employees Well, with CEO Kip Tindell

Kip Tindell, CEO of the Container Store, explains that his employees are the company's most valuable asset and that it's important to pay them what their worth to foster a positive workplace culture. 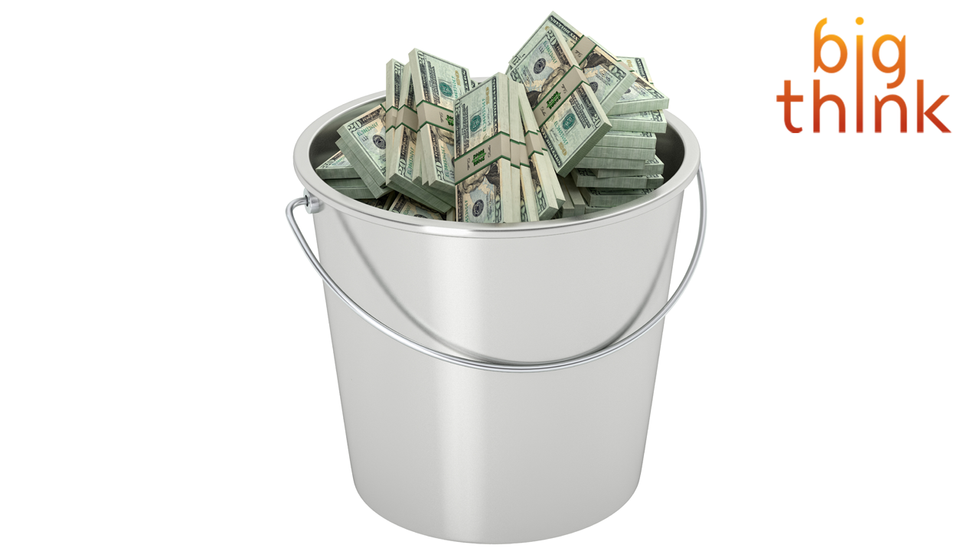 What would you identify as your company's most valued asset? The usual answers to that question would include product, brand, physical space, R&D, etc. Not often would you hear (at least not with sincerity) that a particular business considers its people to be its most valuable pieces.

The Container Store is different. Not only does the retail company believes the hype, it acts in accordance. CEO Kip Tindell, author of the fittingly-titled new book Uncontainable, recently visited Big Think to discuss how investing in employees helped make The Container Store such a success: Tindell explains that The Container Store is founded on seven guiding principles. One of those principles is is that one great person can be at least as productive as three good people. This belief has the company hold out for only the best possible hires to join its team. Prospective employees go through an arduous eight-part interview process that focuses on identifying the most productive and innovative workers possible. When found, those people get paid.

"People join The Container Store and they never leave. I mean our turnover is single digit in an industry that averages triple digit, and pay is part of that... The average full-time sales person in the store makes about $48,000, which is not an enormous amount of money but it's a lot of money, it's a whole lot of money for a retail sales position..."

The company operates as an inverted pyramid. Tindell, as CEO, makes "substantially less than industry average." Meanwhile, employees who interact most with customers make "well above industry average," as much as 50-100% higher depending on the region. And unlike many companies, The Container Store doesn't consider the low heads on its totem pole to be easily replaceable. In fact, maintaining consistency in its workforce offers the company a valuable line of continuity that benefits all invested parties.

In an era when income inequality and stagnant wages have become become major national issues, it's a breath of fresh air to see a company pay many of its low-level workers so well. Fortune Magazine agrees, as The Container Store has been named one of its "100 Best Companies to Work For" a whopping 15 years in a row. Four of those years saw the company ranked in the Top 2, a fact of which Tindell is quite proud:

"When you go in the stores the people that wait on you have been there four years or eight years or 12 years, they love their jobs and they're truly interested in your storage and organization problem. So, we're not advocates of paying mediocre people well, we enjoy excellence, we insist on a meritocracy and we really believe in paying great people well; we give much bigger than usual annual increases. I'll look forward to the day when we have people on the sales floor making $100,000 a year."

The Container Store's employees are well-qualified, well-trained, and well-compensated. This results in both elevated productivity and a collective sense of pride. Tindell explains that the company's stern meritocracy communicates to employees that windows of opportunity and advancement are always open. It's these feelings of pride and hope, as well as a desire to work hard and find solutions, that are but the surface results of the company's firm investment in the quality of its workforce.

The question then rises: are you valuing your best workers as you should?

For more on The Container Store's guiding principles and Kip Tindell's management philosophy, check out his recent publication Uncontainable.