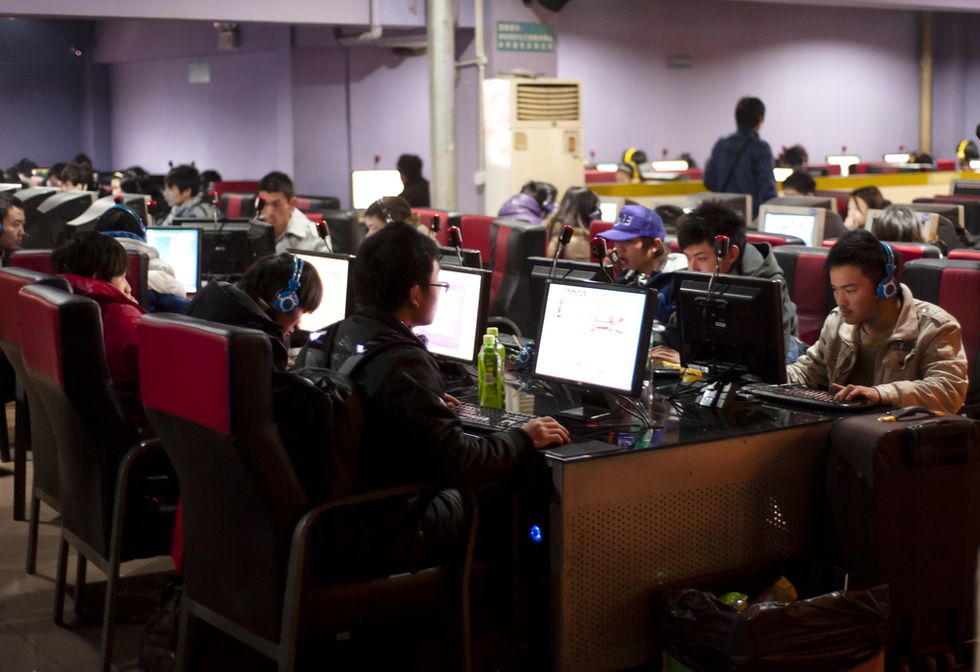 Earlier this month, 20-year-old student Tsering Kyi emerged from a public restroom at a produce market in Tibet, soaked in gasoline and with a defiant fist in the air, lit herself on fire. She was protesting a policy change at Maqu County Tibetan Middle School, in Gansu Province, for switching to Chinese from Tibetan as the language of instruction.

She died on the spot. This act of self-immolation - one of 29 in the last year, seven of which were in the last three weeks - made headlines on Friday in The New York Times. But most ordinary people living in China will never hear about it.

The police on the scene took her body back the restroom, collected everyone's cellphones and methodically deleted all photographs of the incident. China's state media, Xinhua news agency reported that the girl suffered from mental instability after hitting her head on a radiator.

What is the Signifiance?

This is the Chinese government's first line of defense when it comes to information censorship on topics that range from the Dalai Lama to Ai Weiwei. But it takes more than a few plain clothes police officers to help the government manage controversial stories from leaking to the media. It takes an army.

The Chinese government employs over 40,000 people to monitor the Internet, according to reports by human rights organizations like Amnesty International and Freedom House. Some say the actual number is much higher, as most of the workload is outsourced to private companies. With the help of China’s private sector, the number of people monitoring China’s Internet could be in the hundreds of thousands, according to Sarah Cook, a researcher at Freedom House.

Internet companies like Baidu, China’s answer to Google, have a staff whose sole responsibility is to scan for and delete content that the government doesn’t like. Microblogging sites like Weibo and social networking sites like RenRen perform the same function. In 2010, about 60,000 websites containing “harmful materials” were shut down and about 350 million photographs, videos and articles were deleted. While the 40,000 employed to watch the Internet do remove content, their primary focus is to find and arrest Internet users who utilize the Web as a tool to promote dissent.

To call China’s online community it an “Internet” is a misnomer. China’s Internet functions more like an Intranet, as the government has systematically blocked Websites like Human Rights Watch, Amnesty International and overseas Chinese news sites. They do this by blocking IP addresses. And even if a website was not blocked, URL links with key words like “Tibet” or “Dalai Lama” are prohibited, making it impossible for Internet users to find information on these topics. Key words are regularly updated and cycled out as international news evolves. Most recently, words like “occupy” and “jasmine” were blocked in response to the protests in the US and the Middle East. Popular international sites like Facebook, Twitter and YouTube were forced behind the Great Firewall in 2009. This created a market for alternatives like Baidu, Weibo and RenRen, all of which are given directives by the central government on what kind of content to censor. The government issues business licenses based on company owners’ willingness to comply with censorship rules. Google was kicked out of China in 2010 because of their failure to adhere to China’s censorship policies. They did this by refusing to block prohibited Websites and as a result their Internet content provider licenses were terminated.

Uprisings in the Middle East didn’t help matters for Chinese Internet users. In the wake of Tunisia’s uprisings, Chinese activists used the Internet to organize their own pro-democracy protests in February 2011. They called it the Jasmine Revolution. The police arrested scores of protesters and banned the word “jasmine” on microblogging sites which quickly thwarted the movement and kept word from spreading. In response to mounting fears of a revolution, at least three of the nine top communist party leaders paid visits to Internet companies like Baidu and Tencent, the creators of the instant messaging site QQ, to deliver a message of their own: uphold harmoniousness and stability. According to state media reports, Liu Qi, the secretary of the Beijing Municipality Party Committee instructed Internet companies to step up their efforts to put an end to what they consider as fake information.

For Internet users, “harmony” is now a euphemism for censorship, according to Cook. It’s not uncommon for someone to say they’ve been “harmonized” to mean they’ve been censored when they notice a blog post or comment they wrote was deleted. The fact that Internet users have created a code language to communicate shows they are on to their censors.

“What you now see is people finding clever ways to protest censorship itself,” said Cook. “The Chinese Communist Party isn’t going to censor the word ‘harmony’ because it’s one of their catch phrases.”

“River crab,” the homonym for harmony is a pun used to mock the government’s need for a “harmonious society.” Playing with homonyms, a practice commonly used for Chinese New Year, is now being used to evade censors. Recently, Internet users replaced a common vulgarity that was banned from the Internet with the words “grass mud horse” as a homonym to communicate the same message.

The activist community in China is growing, according to Cook and they’re typically tech savvy enough to engage with online tools to spread their agenda. While the exact number is impossible to measure, the government’s clamp down is a reflection of their growing fear of increased online activism. With the turnover of China's top leadership later this year and the politically sensitive events that will ensue, it is unlikely that the government's grip on censorship will loosen any time soon.

“The CCP is very insecure and very paranoid,” said Cook.

A report issued by the Chinese Communist Party Central Committee in October said they intend to increase regulation of social networking and instant messaging tools and punish those who spread “harmful information.” Officials at that time discussed having bloggers register their real names and identification numbers instead of the fake handles currently in use. This went into effect and the deadline for Weibo users to register their real identity was this month.

While no one outside of China’s top leadership knows what prompted this crack down, experts suspect it stems from the popular uprisings in the Middle East. The government proposed to further regulate state owned social networking sites, microblogs and instant messaging systems by punishing those who spread information that threatens the Chinese Communist Party’s stronghold. Also, in October, China submitted a resolution to the United Nations General Assembly, asking for the right to control their own Internet without interference from other countries.

Chinese written laws aren’t helping either. Article 35 of the Chinese constitution guarantees free speech, assembly, association and publication. But these rights are second to national interest. At least 70 people were jailed for Internet violations in 2010, according to reports by Reporters Without Borders. Once detained, offenders are subjected to abuse and torture.

When confronted with these findings, the government toed the party line and said they support the “sound development of the Internet and protects citizens’ freedom of expression in accordance with the law.” But there’s a catch.

“China follows the universal practice by administering the Internet in conformity with the law, with a view to safeguarding public interests,” said Yuanchun Ma, a spokesperson at the Chinese consulate in New York City.

“So much of the censorship relates to things that have a real impact on people’s livelihoods,” said Cook. “The societal and human cost of censorship is heartbreaking.”

Read ''Poking Holes In China's Great Firewall" to find out how Internet users are fighting censorship.