Neuroaesthetics: Beauty is in the Brain of the Beholder

Artists have an implicit understanding of a universal biological principle: "people have limited attentional resources." 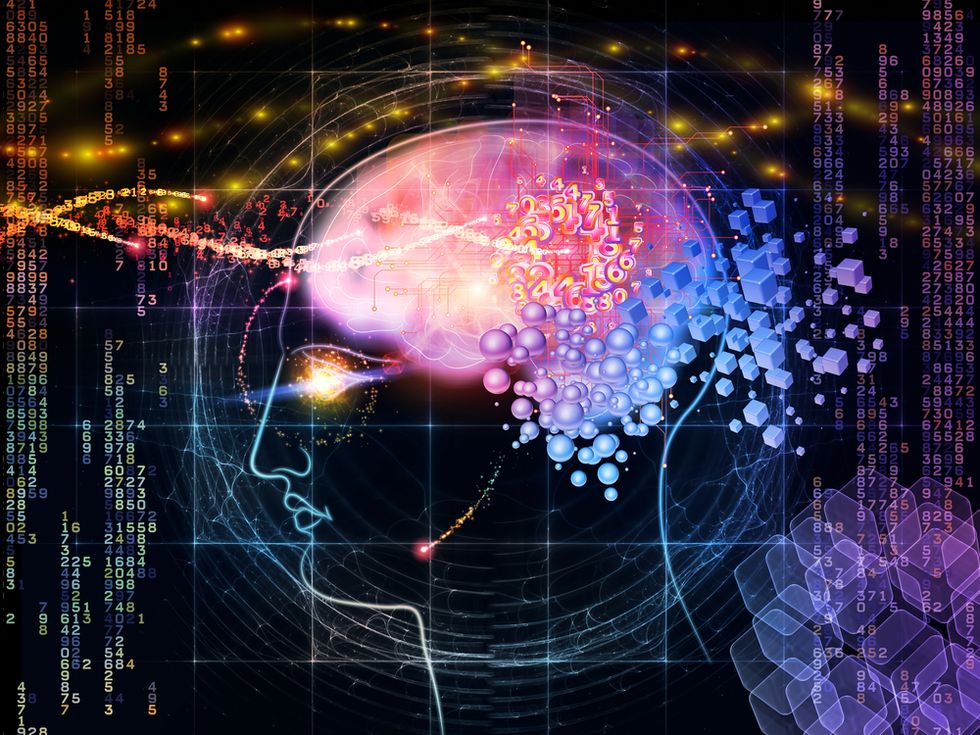 Scientists in recent years have theorized that our appreciation of art is an evolutionary adaptation, an instinctual trait that helps us survive. That is why we receive a pleasurable reward from viewing art. That pleasure can be artificially enhanced, a new study finds, by stimulating the area of the brain that regulates emotion.

Insights from this study might be used to help people with Alzheimer's disease who are stricken with the inability to experience pleasure. It also represents a meaningful advance in a field that is concerned with the fundamental nature of creativity and emotions.

In the study, published in Social Cognitive and Affective Neuroscience, researchers in Italy used electrodes to stimulate the left dorsolateral prefrontal cortex (DLPFC), and found that as a result subjects responded more favorably to "classic" works of art. There was no measurable difference in the subjects' responses to abstract paintings, perhaps because a different brain region is responsible for processing that type of information.

In the last two decades of the 20th century, the Nobel Prize winning author Eric Kandel notes in his book, The Age of Insight: The Quest to Understand the Unconscious on Art, Mind and Brain, a new science of mind emerged "from the convergence of cognitive psychology and brain science" - neuroaesthetics.

This fledgling field studies the neural networks underlying aesthetic appreciation and the broad question of how art evokes emotion. Neuroaesthetics, by its very definition, is interdisciplinary. While many of its claims are hotly contested, philosophers and art theorists have used insights from this field to develop novel theories about why art is ubiquitous in every human culture. Many of these theories are summarized by Kandel, a Nobel prize winning neuropsychiatrist, in The Age of Insight.

The late philosopher Dennis Dutton espoused the idea that we evolved as natural storytellers "because of the immense survival value of our fluent imaginative capacities." Storytelling and representational visual art, writes Kandel, "are low-risk, imaginative ways of solving problems." Art became an important means of binding communities during the Paleolithic period. This may be why, as the art theorist Nancy Aiken has speculated, the aesthetically challenged Neanderthal died out while our Cro-Magnon ancestors used art as a survival machine.

So how can the emerging field of neuroaesthetics - which some critics charge is killing, rather than enhancing, our appreciation of art - guide our thinking on creativity? Kandel says that artists have an implicit understanding of a universal biological principle: "people have limited attentional resources."

So how is an aesthetic idea best conveyed? According to the cognitive psychologist Vilayanur Ramachandran, many forms of art succeed because "they involve deliberate overstatement, exaggeration, and distortion designed to pique our curiosity and produce a satisfying emotional response in our brains." That is why artists might use the amplified colors and exaggerated scale and perspectives that are found in abstract art - an area that the study cited above is silent on.

As Kandel explains, in order to capture the innate brain mechanisms for emotional release, artists must deviate from realistic depictions and discard "redundant or insignificant information." These types of artistic representations activate "the same neural mechanisms that would have been triggered by a person in real life."

While these insights are certainly compelling, and indeed even applicable to our thinking about effective communication in our attention-taxed 21st century world, there is still so much we have to learn about the nature of art and the human brain.

In the video below, Kandel addresses the many unknowns, but also speculates on ways that humans and groups can think more creatively.