By mid-century there will likely be 9 billion people on the planet, consuming ever more resources and leading ever more technologically complex lives. 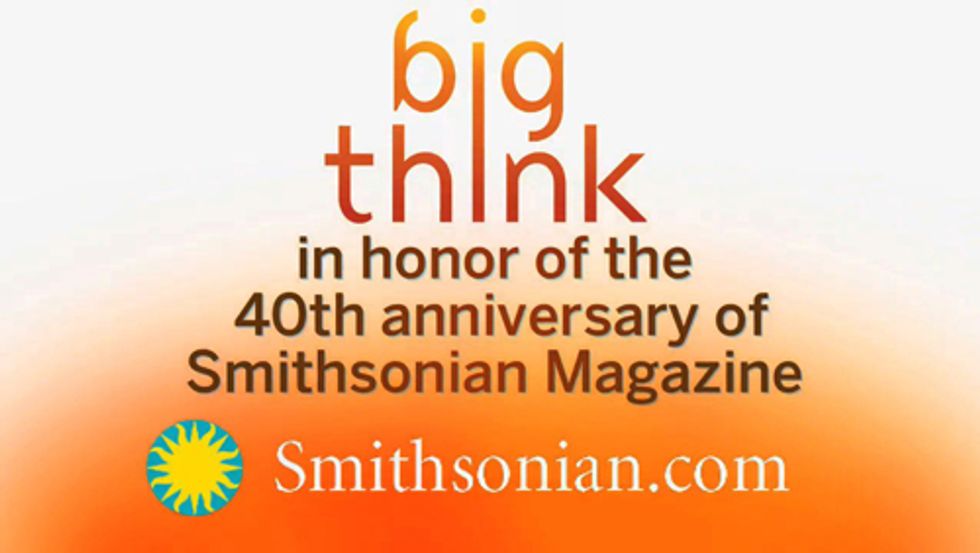 By mid-century there will likely be 9 billion people on the planet, consuming ever more resources and leading ever more technologically complex lives. What will our cities be like? How much will artificial intelligence advance? Will global warming trigger catastrophic changes, or will we be able to engineer our way out of the climate change crisis?

Making predictions is, by nature, a dicey business, but to celebrate the 40th anniversary of Smithsonian magazine Big Think asked top minds from a variety of fields to weigh in on what the future holds 40 years from now. The result is our latest special series, Life in 2050. Demographic changes in world population and population growth will certainly be dramatic. Rockefeller University mathematical biologist Joel Cohen says it's likely that by 2050 the majority of the people in the world will live in urban areas, and will have a significantly higher average age than people today. Cities theorist Richard Florida thinks urbanization trends will reinvent the education system of the United States, making our economy less real estate driven and erasing the divisions between home and work.

Large migrations from developing countries like Indonesia, Malaysia, Bangladesh, Mexico, and countries in the Middle East could disrupt western governments and harm the unity of France, Germany, Spain, the Netherlands, Poland, and the  United Kingdom  under the umbrella of the  European Union .

And rapidly advancing technology will continue ever more rapidly. According to Bill Mitchell, the late director of MIT's Smart Cities research group, cities of the future won't look like "some sort of science-fiction fantasy" or "Star Trek" but it's likely that "discreet, unobtrusive" technological advances and information overlays, i.e. virtual reality and augmented reality, will change how we live in significant ways. Self-driving cars will make the roads safer, driving more efficient, and provide faster transports. A larger version of driverless cars—driverless trucks—may make long haul drivers obsolete.

Charles Ebinger, Director of the Energy Security Initiative at the Brookings Institution also thinks that by 2050 we will also have a so-called "smart grid" where all of our appliances are linked directly to energy distribution systems, allowing for real-time pricing based on supply and demand. Such a technology would greatly benefit energy hungry nations like  China  and India, while potentially harming fossil fuel energy producers like Canada and .

Meanwhile, the Internet will continue to radically transform media, destroying the traditional model of what a news organization is, says author and former New York Times Public Editor Daniel Okrent, who believes the most common kinds of news organizations in the future will be "individuals and small alliances of individuals" reporting and publishing on niche topics.

But what will all this new technology mean? Viktor Mayer-Schönberger, the director of the Information & Innovation Policy Research Center at the National University of Singapore, hopes that advances in technology will make us more empowered, motivated and active, rather than mindless consumers of information and entertainment. And NYU interactive telecommunications professor Clay Shirky worries that technological threats could endanger much of the openness that we now enjoy online, perhaps turning otherwise free-information countries into mirrors of closed states like China and Turkey.

Some long view predictions are downright dire. Environmentalist Bill McKibben says that if we don't make major strides in combating global warming, it's likely we could see out-of-control rises in sea levels—particularly dangerous in island nations like the Philippines— enormous crop shortfalls, and wars over increasingly scarce freshwater resources. But information technology may yield some optimism for our planet, says oceanographer Sylvia Earle, who thinks that services like Google Earth have the potential to turn everyday people into ocean conservationists.

In the financial world, things will be very different indeed, according to MIT professor Simon Johnson, who thinks many of the financial products being sold today, like over-the-counter derivatives, will be illegal—judged, accurately, by regulators to not be in the best interests of consumers and failing to meet their basic needs. If economic growth rates remain steady, however, it may present a challenge to regulators.

We will live longer and remain healthier. Patricia Bloom, an associate professor in the geriatrics department of Mt. Sinai Hospital, says we may not routinely live to be 120, but it's possible that we will be able to extend wellness and shorten decline and disability for people as they age. AIDS research pioneer David Ho says the HIV/AIDS epidemic will still be with us, but we will know a lot more about the virus than we do today—and therapies will be much more effective. Meanwhile, Jay Parkinson, the co-founder of Hello Health, says the health care industry has a "huge opportunity" to change the way it communicates with patients by conceiving of individual health in relation to happiness.

In terms of how we will eat, green markets founder and "real food" proponent Nina Planck is optimistic that there will be more small slaughterhouses, more small creameries, and more regional food operations—and we'll be healthier as a result. New York Times cooking columnist Mark Bittman, similarly, thinks that people will eat fewer processed foods, and eat foods grown closer to where they live. And Anson Mills farmer Glenn Roberts thinks that more people will clue into the "ethical responsibility" to grow and preserve land-raised farm systems.

And what will our culture be like? We may not get rid of racism in America entirely in the next 40 years, but NAACP President Benjamin Jealous predicts that in the coming decades the issue of race will become "much less significant," even as the issue of class may rise in importance. Father James Martin, a Jesuit priest, says it's even likely that we'll see a black pope, reversing centuries of Euro-centrism in favor of Catholics in  Africa. Nigeria is one such country with a large Catholic population.

Meanwhile, prisons expert Robert Perkinson says he thinks there will be fewer Americans in prison in 2050, because we will realize that the current high levels of incarceration are out of sync with our history and values. Historian and social scientist Joan Wallach Scott worries, however, that unless the countries of Europe figure out how to accommodate Muslim immigrant populations, there will be more riots, and increasing divisions along economic, religious and ethnic lines, such instability could have knock on effects in countries ranging from Egypt and Iran to Pakistan and Saudi Arabia.