The Neuroscience of Creativity 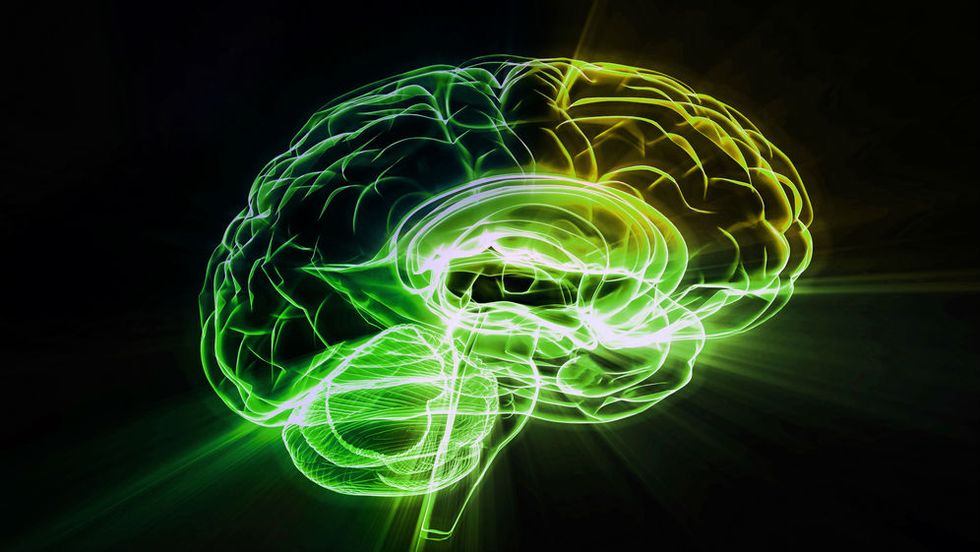 Archimedes in the bathtub, Newton and the apple, Einstein's theory of special relativity -- Eureka! moments are what happens when hours of work come together in a single creative flash. In his new blog for Big Think, Sam McNerney will be dissecting these moments of genius, asking what is the nature of creativity? How do we arrive at new insights?

A philosophy-student-turned-science-writer whose work has appeared in Scientific American, McNerney will explore how we can use the empirical discoveries of cognitive science to enhance our lives, with a special focus on creativity, decision-making, and social psychology. Big Think asked him to tell us about his own writing inspiration.

Hello BigThink.com! My name is Sam McNerney and I’m moderately awesome. I’m originally from Minneapolis Minnesota, but I currently live in Manhattan. I consider myself a philosopher who is inspired and informed by the empirical side of cognitive science. I look forward to sharing my interests and ideas here at Big Think.

My passion for cognitive science started in college when I started taking philosophy classes and reading any popular psychology book I could get my hands on. After graduating, I started a cognitive science blog and began freelancing. Now, I want to use my background as a cognitive science enthusiast and blogger to figure out what makes humans tick. Hopefully, by exploring cutting edge research and original ideas about the brain I can write interesting blog posts worth reading and sharing. I also look forward to interacting with my readership.

What are some of the topics you're going to be exploring in this blog?

Anything cognitive science. However, I will focus on creativity, decision-making and social psychology. The idea behind the blog is to use cognitive science to inform the creative professional. Specifically, it’s for the businessperson, artists or anybody in between who could benefit from findings in cognitive science. It’s about translating findings in psychology and neuroscience so we can be more productive, make better decisions, be more creative, collaborate efficiently and solve problems effectively.

Why should creativity matter to everyone?

For most of human history creativity was something that came from the muses; it was otherworldly. Cognitive science shows this to be false. Creativity can be understood as mental processes that occur in that 3-pound organ we call the brain.

The 21st century still maintains its fair share of myths, however. First, while some people might be more creative by their nature, little evidence supports the idea that people are either creative or not. Instead, the science is showing that, with the exception of special cases, creativity is a skill that people can work on.

Second, let’s not forget that creativity is a catch term for a number of distinct cognitive processes. The creative process is about hard work, tinkering, daydreaming, other people, where you live and much more. Knowledge of any aspect of this process will certainly help us in our jobs, not matter what we do.

Why brain science and creativity? What's the connection?

Where does your own inspiration come from? What's your writing process like?

I guess I have two sources of inspiration. The first is what seems to be my natural philosophical mind. For as long as I can remember, I’ve been interested in human behavior and asking the big questions. Most of the time I was horribly wrong with my theories, but my passion was there from the beginning.

The second source is other people and their ideas. I am constantly reading the latest pop psych books, interesting studies, other cognitive science blogs and watching TED talks and other lectures. Spending a few hours musing on these sources usually sparks a topic to write about.

I’m not sure what my writing process is like! It seems to change every week as I am still trying to identify a few useful strategies. That being said, I find it helps to write everything first and edit second As John Steinbeck said: “Write freely and as rapidly as possible and throw the whole thing on paper. Never correct or rewrite until the whole thing is down. Rewrite in process is usually found to be an excuse for not going on. It also interferes with flow and rhythm which can only come from a kind of unconscious association with the material.”