Ask a Chemist: How does handwashing kill coronavirus?

"Groundhog Day" Screenwriter Danny Rubin Has Seen This All Before 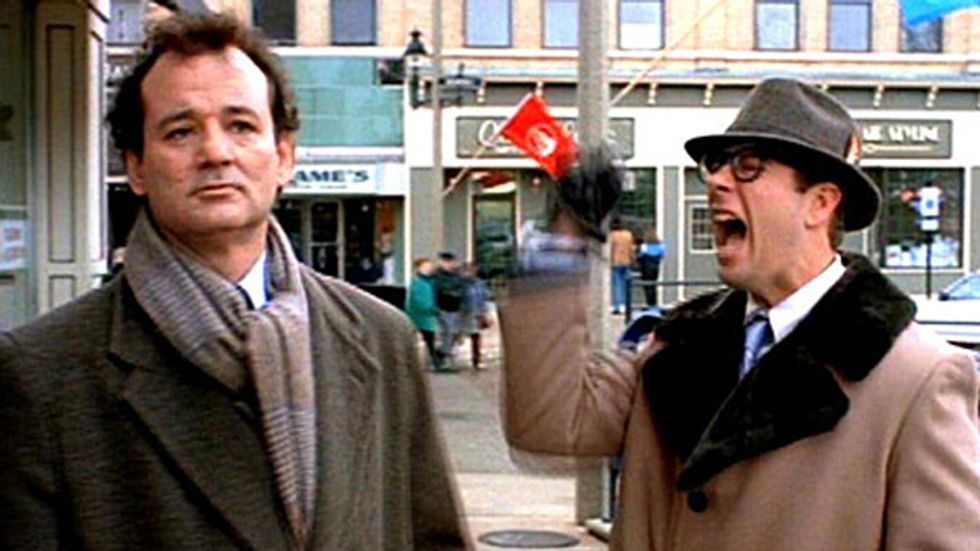 Screenwriter Danny Rubin says that he came up with the idea for the classic comedy "Groundhog Day" while thinking about the idea of immortality—and, specifically, how a person might change over time if they were immortal. "I was curious about whether one lifetime was enough for somebody," he says. "There are some people, those arrested development type men who can’t really outlive their - out grow their adolescence and I thought, well, maybe one lifetime isn’t enough.  Maybe you need more."

The hard part, however, was getting his script made into a movie. In his Big Think interview, Rubin says that he met with maybe 50 studio executives about his screenplay, and was told time and time again: "I loved Groundhog Day.  Of course, we can’t make it."  Finally, Columbia Pictures and director Harold Ramis took the film on, bringing Bill Murray and Andie McDowell on board. Despite getting a few tepid reviews at first, "Groundhog Day" won Rubin a number of screenwriting awards, and soon became a cult classic.

Rubin attributes the film's success, on some level, to the universality of its theme. "The movie shows that it is the repetition of days itself which pushes us forward in our own maturation as we start to encounter the same things over and over again," says Rubin. "And so, there's an element of truth to the fact that we are repeating the same day over and over again.  But, I think the biggest thing that affects people is the fact that Phil is presented with the exact same day and the very first time he’s presented with it, it’s probably the worst day of his life.  And, by the end of the movie, we see that it’s the exact same day but somehow this is probably the best day of his life."

Rubin, who teaches screenwriting at Harvard, spoke as well about what it takes to write a good screenplay, saying that the hardest part of writing has to do with being original. "Screenwriting is an art form, but it’s also a craft," says Rubin. "It’s both of those things.  It’s a commercial art and both of those things you need to be good at.  If you just know the craft and you don’t have any sense of the art, that means you don’t have anything to say and you don’t have an interesting way to say it. If it’s all art and no craft, then you’ve got these great ideas, but you aren’t able to articulate them in a way that makes it all work out as a good blueprint for building a great movie.  So, I definitely think there's a great deal of artistry involved.  I’ve never seen a good screenplay that was nothing but craft." He also talks about the importance of structure in screenwriting, and says that novice screenwriters most often get tripped up by relying too much on dialogue.