One of the great things about being human is our ability to heal after injuries. If we couldn’t regrow skin or mend broken bones, we wouldn’t last too long in a world full of hazards. Now researchers are developing self-healing abilities for robots, looking to make them not only last longer but also to be more adaptable to a multitude of applications. The research can also lead to better prosthetics for humans.

You’ve probably come across Baymax, the robot in Disney’s “Big Hero 6”. The cuddly inflatable robot’s softness is not just a writer’s whimsy but is taken from research currently being conducted. The flexibility of soft robots makes them ideal for uses that require picking up delicate objects like a fruit or performing invasive surgery. The softness also makes it less likely that a robot would injure humans who may be working alongside it.

But similar to the humans, the soft robots are more prone to damage whether from sharp objects or too much pressure. To counteract such threats, researchers from the Free University of Brussels (VUB) in Belgium have developed a technology that helps their soft robots completely heal from injuries. The pneumatic robots created by VUB, which included a gripper, a robotic hand and an artificial muscle, were made from rubbery polymers with healing properties. When damage occurs, such jelly-like polymers are able to assume their original shape and fully heal. 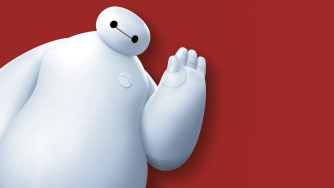 To test the robotic elements, the team, led by Professor Bram Vanderborght from VUB, damaged them in a controlled environment. They found that after applying heat, the tears went away without any “weak spots,” according to Vanderborght.

“The polymer has lots of different strands that lock together to form the material. When you add heat, they reorganise to stick back together without leaving any weak spots,” said Bram Vanderborght.

The professor is optimistic that research like theirs will lead to transformative changes in the robots of the future, adding that “robots can not only be made lighter and safer, they will also be able to work longer independently without requiring constant repairs.”

Here is the team’s 2017 paper on “Self-healing soft pneumatic robots,” published in ScienceRobotics.

Also check out this video demonstrating the self-healing properties of VUB’s soft robots:

And if you want to dive in more into the science behind the work, here’s a helpful video from Seppe Terryn, the key researcher behind the technology:

Subscribe for counterintuitive, surprising, and impactful stories delivered to your inbox every Thursday
Tags
aifutureinnovationinventionmaterialsproduct designprostheticsrobotstechnology
In this article
aifutureinnovationinventionmaterialsproduct designprostheticsrobotstechnology
Related
The Future

Vanadium dioxide is a strange material that “remembers” information and when it was stored. This is akin to biological memory.
Up Next
Strange Maps

This 100-year-old map, originally made for American consumption, highlights the famines that swept across Europe after WWI.