While they have already sparred publicly on previous occasions, the latest salvo between Musk and Bezos stems from different visions for space exploration and settlement. While Bezos is focused on the moon and recently-announced space colonies, Musk has made Mars the main destination for Space X.

Earlier in May 2019, Bezos presented a new lunar lander called Blue Moon. Designed by his rocket company Blue Origin, the lander will be able to delivery a variety of payloads to the moon, aiding in its colonization.

The announcement of the lander also included Bezos’s overall vision for the future of humans in space. He sees a trillion people living at different parts of the universe. Where would they live? To a large extent in O’Neill Colonies, thinks Bezos. 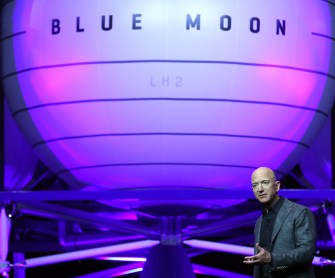 An O’Neill colony or O’Neill cylinder, is a concept espoused by the American physicist Gerard K. O’Neill in his 1976 book The High Frontier: Human Colonies in Space. Such a cylinder would actually have two five-mile-long counter-rotating cylinders, rotating in opposite directions and cancelling out any gyroscopic effects. This would also result in artificial gravity via the effect of the centrifugal force on the insides of the cylinders.

In the speech that mentioned the colonies, Bezos also indirectly challenged Musk’s vision, saying that going to Mars is too distant and problematic to aid in human progress. 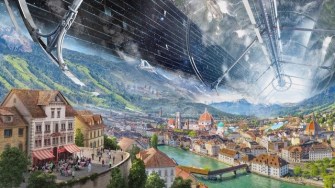 In a tweet from May 23rd, Elon Musk struck back, attacking Bezos’s ideas as unrealistic. “Makes no sense,” wrote Musk. “In order to grow the colony, you’d have to transport vast amounts of mass from planets/moons/asteroids. Would be like trying to build the USA in the middle of the Atlantic Ocean.”

Which billionaire gets to try out their ideas for building a space colony first remains to be seen. Here’s how Musk would settle Mars:

“Should they strike, each of them has an energy at impact equal to all of the nuclear weapons on Earth combined.”
Up Next
Think Again Podcasts

Convergence 2.0: Engineers are using the “natural genius” of biological systems to produce extraordinary machines—self-assembling batteries, cancer-detecting nanoparticles, super-efficient water filters made from proteins found in blood cells. Neuroscientist and MIT President Emerita Susan Hockfield and host Jason Gots discuss what all this could mean for our future.