Today is a historic date for human spaceflight. For the first time in human history, a private company has taken astronauts, not just for a poke above the Karman line (the arbitrary line at 62 miles that divides the stratosphere from space) as Virgin Galactic has done, but much deeper into orbit, some 220 miles to the International Space Station. A feat that requires not only much higher altitude but a precise rendezvous with an object moving at over 17,000 miles per hour. In addition, this launch marks a huge milestone for US Spaceflight, as the US has now rectified the embarrassing fact that it has had no way of transporting its astronauts to space without relying on the Russian Federation. A circumstance that has persisted since the Space Shuttle program was retired in 2011. How did SpaceX, which was founded in 2002, achieve nation-level capability in 18 short years? How did it go from not being entrusted with the lowliest of payloads, to flying NASA astronauts Bob Behnken and Doug Hurley? And do so by delivering launch services at a fraction of the cost of both the US and Russia? 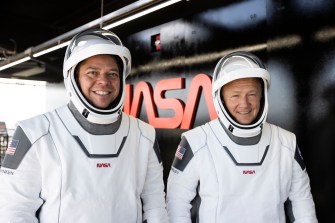 SpaceX was an inside joke for many in the space industry establishment even years after its founding. Its first three launches famously and spectacularly failed, leading to not only snickers among the industry elite, but stressing SpaceX and its founder, Elon Musk, down to literally their last dollar. As Musk has related several times, SpaceX’s fourth launch was a “make or break.” Had it failed, the company would have filed for bankruptcy. Thankfully, that launch was successful and SpaceX has really never looked back. The industry insiders who doubt SpaceX still exist, but their snickers have turned to more nuanced criticism, including that SpaceX unfairly benefits from government contracting. Which is ironic for an industry that has been built on a defense contracting model. The truth is, SpaceX has made space cool again. One only needs to compare its rocket launch telecasts with those of their competitors. One has Hollywood-level production quality and attracts over 1 million live viewers per launch and the others seem dated, uninspired and draw 25,000 viewers on their best day. This has led to SpaceX being one of the employers of choice in the space industry, despite its legendary long hours and difficult working environment. Attracting top talent has been one of the reasons SpaceX has been able to achieve its miraculous product success.

Once SpaceX learned to launch rockets, Musk’s product vision became more futuristic. Just like it doesn’t make sense to fly a $400M Airbus 380 from Dubai to Los Angeles only to throw the airplane away after landing, Musk challenged the industry to reuse its rocket boosters. This vision was audacious and was faced with massive skepticism in the industry. Despite this, SpaceX stuck its first landing of a single rocket booster on April 8, 2016. Stuck its first dual rocket booster landing on February 6, 2018 and even stuck a triple landing on April 12, 2019. It has now landed 49 out of its last 51 attempts. This has literally changed the game in terms of both launch costs, but also cycle time (the amount of time needed between launches). It is a game changer that will be further stretched when the potentially revolutionary heavy rocket Starship is rolled out sometime in the next year. In addition to the boosters, SpaceX also recovers other parts from the launch including the fairing, which houses the actual payload of the launch. 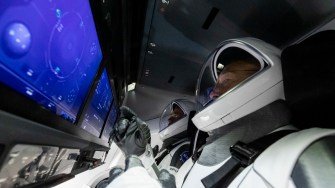 Elon Musk has his critics, and certainly he has his lieutenants who do not get enough credit for their impact on SpaceX’s achievements, such a SpaceX president Gwynne Shotwell, but, regardless, it is indisputable that SpaceX has achieved a level of capability that is truly shocking in a relativity short period of time. Should SpaceX be celebrated for its persistence, entrepreneurism, innovation and ultimate value creation? Without question. Is SpaceX finished pushing boundaries and achieving what others thought was impossible? Not even close. If Musk stays healthy and avoids a Howard Hughes moment, as many fear, it is hard to doubt his ability to make his dream of landing humans on Mars a reality within his next 18 years (if not sooner). 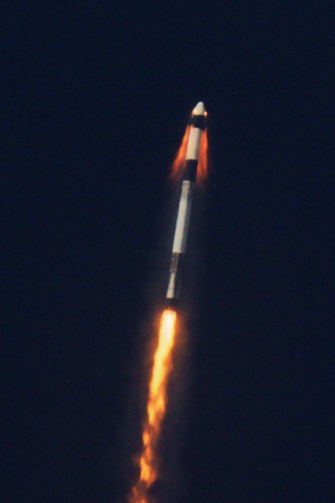 Inspired by the shape of a New Caledonian crow’s beak, researchers created a new 3D-printed prototype of tweezers.
Up Next
The Present