Diversity programs have become commonplace in the professional world, but do they actually work?

Not really, according to an award-winning report in the Harvard Business Review written by Frank Dobbin, a professor of sociology at Harvard, and Alexandra Kalev, an associate professor at Tel Aviv University.

“It shouldn’t be surprising that most diversity programs aren’t increasing diversity,” wrote Dobbin and Kalev. “Despite a few new bells and whistles, courtesy of big data, companies are basically doubling down on the same approaches they’ve used since the 1960s—which often make things worse, not better.”

The Equal Employment Opportunity Commission reported that American companies with more than 100 employees barely increased their hiring of women and minorities between 1985 and 2014. According to the data, black men in managerial roles rose from 3 to 3.3 percent since 1985, while white women in management increased from 22 to 29 percent, a figure that’s remained stagnant since 2000.

Diversity programs might also be creating a worse working environment for white men. In a study published in the Journal of Experimental Psychology, researchers compared the job interview performance of white men at companies with and without stated diversity programs.

“Compared to white men interviewing at the company that did not mention diversity, white men interviewing for the pro-diversity company expected more unfair treatment and discrimination against whites. They also performed more poorly in the job interview, as judged by independent raters. And their cardiovascular responses during the interview revealed that they were more stressed.” 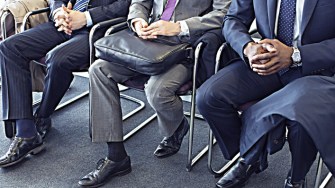 Analyzing three decades’ worth of data and interviewing hundreds of managers and executives, Dobbin and Kalev identified some key aspects of diversity programs that make them ineffective, or worse, counterproductive. And perhaps more importantly, their research sheds light on diversity approaches that actually seem to work.

Diversity training is used in about half of mid-sized companies and nearly all of the Fortune 500. But these programs fail for a number of reasons:

Many programs are mandatory. According to Dobbin and Kalev’s research, companies that used mandatory diversity training ultimately employed less employees of color over a 5-year analysis.

“Trainers tell us that people often respond to compulsory courses with anger and resistance—and many participants actually report more animosity ﻿toward other groups afterward.”

Three quarters of companies use negative language in their programs, sending the message of “Discriminate, and the company will pay the price.”

Employees might learn to answer a diversity program’s questionnaire correctly, but they tend to forget the information after a few days.

“The positive effects of diversity training rarely last beyond a day or two, and a number of studies suggest that it can activate bias or spark a backlash.”

Some companies make it clear that diversity programs are remedial, particularly after harassment cases or complaints against managers.

“…singling them out implies that they’re the worst culprits. Managers tend to resent that implication and resist the message.”

Dobbin and Kalev propose three principles for encouraging diversity in the workplace:

According to Dobbin and Kalev’s findings, managers are happy to engage when programs are voluntary,and when they’re asked to help in a positive way.

“When managers actively help boost diversity in their companies, something similar happens: They begin to think of themselves as diversity champions.”

Mentoring programs are a good way for managers to get involved, particularly when white male manager are assignedprotégés to mentor – the research suggests these managers are hesitant to informally reach out to young women and minority men.

“Five years after a company implements a college recruitment program targeting female employees, the share of white women, black women, Hispanic women, and Asian-American women in its management rises by about 10%, on average.”

The article cites a study that examined how integrated forces in WWII showed improved relationships over time. Dobbin explained the study’s main idea in an interview with global management consulting firm McKinsey & Company:

“People’s stereotypes go away as they get to know people from other groups, especially if they work side by side with them. If you are white and have not been exposed to African-Americans very much, we know from that natural experiment during World War II and subsequent studies that intense exposure through working side by side helps you to individualize people from a group that you are not familiar with and stop stereotyping them.

So if you want to change stereotyping at work, the best way to do it is not to try to train it away, but to expose people to people from other groups in their work lives. In effect, you have to start by integrating the workplace. That’s what’s going to diminish stereotypes.”

Holding managers socially accountable for how they treat employees is another way to promote diversity. In one study, a firm was shown to give smaller raises to black employees, even when they held identical positions and performance ratings to their white coworkers. Then the firm started publicly posting employee’s performance ratings and pay raises.

“Once managers realized that employees, peers, and superiors would know which parts of the company favored whites, the gap in raises all but disappeared,” wrote Dobbin and Kalev.

You can check out more about Dobbin and Kalev’s research in the video below:

Tags
businessdiversitydiversity programsImplicit biasInequalityraceWorkplace
In this article
businessdiversitydiversity programsImplicit biasInequalityraceWorkplace
Related
The mind-blowing stats on male inequality
Male inequality — the enormous cultural shift happening right under our nose.
▸
15 min
—
with
Richard Reeves
The #1 thing employees want at work
Here’s how to design a work environment that gives control to employees and stimulates open conversation.
▸
with
Todd Rose
Empowering growth
Implicit bias training: How can we make it more effective?
There’s still hope for implicit bias training, research shows.
Empowering growth
Four diversity training methods that actually work
Diversity training is easy to get wrong. Here’s how to build an effective program.
The Big Think Interview
Why so many people work “bullshit jobs”
Experts say we should only be working 15 hours per week, so why are some working 80?
▸
6 min
—
with
James Suzman
Up Next
Culture & Religion
Is it Ethical to Automate Your Own Remote Job and Still Get Paid?
A programmer was able to automate his remote job; collecting a full-time paycheck while working for two hours a week. The employer, none the wiser, is satisfied with the completed work. But is it ethical?