Is it ethical to get paid for 40 hours a week when only working two?

Such was the dilemma faced by a programmer who was able to automate his remote job six months ago, with his employer being none the wiser and pleased with the results. This situation, as first posted on The Workplace Q&A message board, brings forth difficult issues of transparency, what modern employees should be paid for (results-versus-time), and whether we are all automatable in the near future.

This comes on the heels of a situation last year where a programmer allegedly automated his work with a well-known tech company for six years, collecting upwards of $95,000 a year until he was finally fired. So, what about the current situation of remote worker (posted on The Workplace) who was able to automate his job? 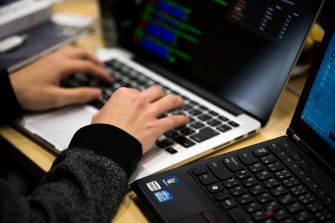 “I’ve basically figured out all the traps to the point where I’ve actually written a program which for the past 6 months has been just doing the whole thing for me. So what used to take the last guy like a month, now takes maybe 10 minutes to clean the spreadsheet and run it through the program…Now the problem is, do I tell them? If I tell them, they will probably just take the program and get rid of me.”-The Workplace message board

“The quick answer is, No, I don’t think he’s doing anything unethical,” says John C. Havens, mentioning that employers tend not to go through the same tortured ethical qualms when eliminating workers through automation. The employee, in this specific situation, is doing what he has been contracted to do.

Havens is the Executive Director of the IEEE Global Initiative for Ethical Considerations in Artificial Intelligence and Autonomous Systems, along with the author of Heartifical Intelligence: Embracing Our Humanity to Maximize Machines. The mission of the IEEE Global Initiative is “to ensure every technologist is educated, trained, and empowered to prioritize ethical considerations in the design and development of autonomous and intelligent systems.” [His comments are his personal opinion, however, and not official stances of the IEEE.]

“Would I feel guilty if I was that person? Yes,” adds Havens, who points out an ideal scenario where a more transparent employee could reach a profit-sharing agreement with their employer from the created efficiency (the automation). “The irony is what the guy is obviously talented at is creating programs that will automate things.” The best situation, according to Havens, would be one in which the employee was paid for his algorithm. Other commentators online dinged the employee for his lack of transparency, and intentionally inserting bugs into the programming in order to make it appear more human. Havens is clear that intentionally inserting bugs in order to deceive would certainly be considered unethical behavior.

When speaking with Havens, I wondered if the story of a human automating his job and still getting paid resonated as a “Revenge of the Humans” type narrative against an “Automation is Coming” backdrop. When I suggested this to Havens, he conveyed that any feeling of sweet revenge against automation would be short lived. Citing Martin Ford’s Rise of the Robots, Havens asserts that as soon as a robot or system can do a job, which applies to a vast majority of positions, it will be automated.

“We still live, by and large, in a GDP society where shareholder value is prioritized,” says Havens, who points to our economic structure created in the wake of World War II as being misaligned with the modern economy. “Capitalism often gets mixed in with exponential capitalism, and that’s where there is a problem.” 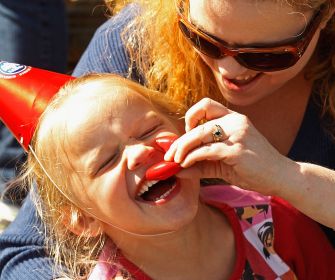 There is a tension between the business interests and human interests, where the cold hard calculations of exponential capitalism would dictate near-full automation with little thought given to its impact on society. “There is no business justification to not automate everything…Everything is being automated that can be,” says Havens.

What about when people say, “that job will NOT be automated?”

“That is only wistful speculation.”

Related
Sponsored
Want to boost your happiness? Buy experiences, not material possessions
Some experiences even continue to pay dividends time and time again.
High Culture
Did Paul Cézanne hide an early self-portrait underneath a 160-year-old still life?
To answer that question, we may have to figure out when the famed painter started to go bald.
Strange Maps
Dutch government releases a genuine treasure map from WWII, sparking a hunt for the loot
X marks the spot. The Dutch town of Ommeren has been swamped by detectorists armed with shovels looking for $20-million treasure.
Thinking
Creative wisdom from Rick Rubin: embrace your inner gatekeeper
Unlock the full potential of your creativity with holistic detachment. This is the way of the editor.
If money doesn’t buy happiness, you’re spending it wrong
These money experts say you can buy happiness. There are some red flags to look out for, though.
▸
7 min
—
with
Lindsay Bryan-Podvin
Up Next
Surprising Science
How Your Emotions Affect Sickness and Depression
In How Emotions Are Made psychology professor Lisa Fedlman Barrett considers the role of emotions in health.