Nearly a decade ago, around the height of U.S. involvement in the war in Afghanistan, I witnessed the arrival of amputees and other badly wounded military personnel arriving at Landstuhl Regional Medical Center in Germany. A trauma center comparable to elite U.S. hospi­tals, Landstuhl is the main U.S. military hospital in Europe and has received thousands of casualties from Afghanistan, Iraq, and other war zones over the last 20 years of continuous U.S. warfare.

Curiously, as the U.S. military withdraws from Afghanistan and has only a few thousand troops in Iraq and Syria, the Pentagon now is spending $1 billion building a new military hospital in Germany to replace Landstuhl. After my visit to Landstuhl, I asked former Washington Post Pulitzer Prize-winning military reporter Walter Pincus what we should make of spending $1 billion to replace this world-class medical facility.

Without missing a beat Pincus said, “It implies we’re going to keep fighting.”

Beyond the new hospital in Germany, there are many signs that despite the Afghanistan withdrawal, the U.S. military is going to keep fighting. Above all, dozens of U.S. military bases will remain in nearly every country in the Greater Middle East. These bases have played key roles in launching U.S. wars in Afghanistan, Iraq, Somalia, Libya, Syria, Yemen, and at least 19 other countries since 2001. An examination of two decades of war and the longer history of U.S. wars since independence suggests that unless U.S. leaders shut down more of this military infrastructure, the country will continue to fight “endless wars” far beyond Afghanistan, resulting in more amputees and other wounded and dead arriving in Germany.

Since World War II, the United States has maintained thousands of bases in foreign lands — a larger collection of foreign bases than any country, people, or empire in world history. Today the military controls around 750 military bases in some 80 countries and colonies outside the 50 states and Washington, DC. The rest of the world’s militaries combined likely control fewer than 250 foreign bases; China has just five, plus bases in Tibet.

An unprecedented collection of U.S. bases began to dot the Middle East shortly after the Soviet Union invaded Afghanistan in 1979. These bases as well as installations in Germany and other parts of Europe and as far away as Thailand and Japan have enabled permanent war since 2001, and a longer series of wars and invasions since the 1980s. In Qatar and Bahrain, the Air Force and Navy have built large regional headquarters. In Kuwait, the Army has had a major presence since the 1991 Gulf War, totaling around eleven base sites now. There are 13 base sites in Turkey, six in Oman, three in the United Arab Emirates, two in both Jordan and Djibouti, as well as a presence in Egypt. The military maintains acknowledged and secretive installations in both Saudi Arabia and Israel, numbering eleven and eight respectively. In Iraq, the military still operates from around six installations. Four more are in Syria. In Afghanistan, after the official withdrawal, 650 troops will remain between the U.S. embassy and Kabul International Airport; U.S. special forces, military contractors, and the CIA almost certainly will continue to operate in the country.

Other U.S. bases are nearby in Greece (eight sites), Somalia (five), Cyprus, Tunisia, Georgia, Kosovo, and on the Indian Ocean island Diego Garcia. The Navy has at least one aircraft carrier — a floating base — on an effectively permanent basis in the Persian/Arabian Gulf. Despite this massive infrastructure, the Biden administration recently has explored creating new military facilities in Central Asian countries to enable continued attacks on the Taliban and other militants in Afghanistan.

Military and other government leaders have long portrayed U.S. bases in the Middle East and other parts of the globe as defensive in nature, as deterrents, as forces of stability and peace. One need only look at the role U.S. bases abroad have played in launching the last 20 years of offensive wars to question such claims. The history of U.S. wars since 1776 likewise reveals that when bases are occupying foreign lands, they are not likely to be defensive in nature. Bases abroad are generally offensive in nature. They are designed to threaten, to deploy military force, and to wage offensive wars. Research funded by the U.S. Army indicates that since the 1950s, a U.S. military presence abroad has been correlated with U.S. forces initiating military conflicts. In other words, there appears to be a relationship between establishing bases outside the United States and the incidence of wars. 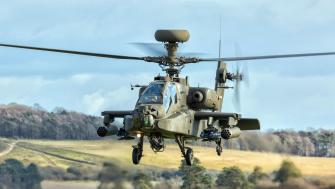 U.S. history shows that bases beyond U.S. borders have made war and the deployment of military force too easy and too tempting for politicians, government officials, and other elites with the power to shape government decisions. Bases abroad have provided what is by design an easily deployable form of offensive military power. With this offensive power readily available, elites often have been tempted to advocate for its use to advance their own economic and political interests and the interests of fellow business leaders, politicians, and entrepreneurs.

As anthropologist Catherine Lutz and others have said, bases and troops abroad long have been the main tool in the U.S. foreign policy toolbox. They have been the hammers that have left little room for diplomacy and other foreign policy tools. And when hammers dominate one’s toolbox, Lutz says, everything starts looking like a nail. The hammers become all too tempting, especially when mostly male policymakers perceive them, consciously or unconsciously, as visible demonstrations of their masculinity and strength.

By this, I do not just mean that the construction of bases abroad has enabled more war. I mean that the construction of bases abroad actually has made aggressive, offensive war more likely. Since the revolution that won independence from Britain, the construction and maintenance of extraterritorial bases has increased the likelihood that these bases would be used to wage wars of aggression. Riffing off the famous line from the baseball movie Field of Dreams, one might say, “If we build them, wars will come.” Except the reference is to bases rather than baseball: if we build bases abroad, wars likely will come. To be clear, bases abroad are not the sole cause of U.S. wars. Bases beyond U.S. borders are, however, a particularlyimportant cause, along with forces related to imperialism, capitalism, racism, patriarchy, nationalism, and religious chauvinism.

Still, the “if” in “If we build them, wars will come” is an important reminder of the choices involved in both the history and the future of the United States’ relationship to war. There was nothing inevitable about past U.S. wars. At times, U.S. leaders have avoided wars, often because of pressure from social movements and other protest. Today, there are choices to be made about the country’s future.

Does war even achieve our geopolitical objectives?

The past 20 years of war have resulted in the deaths of 15,000 U.S. troops and hundreds of thousands wounded. Two decades of fighting have meant 3 to 4 million or more dead, on all sides, in Afghanistan, Iraq, Pakistan, Yemen, and Syria, alone. Tens of millions have been injured. At least 38 million have been displaced. For U.S. taxpayers, the costs of the war on terror will exceed $7 trillion. Imagine what these trillions could have done to protect against pandemics, to provide universal healthcare, to end homelessness and hunger, to rebuild public schools, and to erase college debt. Meanwhile, the war on terror has been a failure on its own terms: responding to al Qaeda’s attacks with war has created more organizations, such as the Islamic State, willing to use terror as a political tool.

Despite the catastrophe of the last 20 years of war, many government officials and other elites appear content to perpetuate the status quo. Many are undeterred by the pattern of moving from one catastrophic war to the next: from Vietnam to Afghanistan to Iraq to Libya to Syria to Yemen to…

With U.S. troops currently or recently engaged in combat in 13 or more countries, interventionist military and civilian officials are already planning for the next major war. A growing number of politicians, pundits, and think-tank analysts are talking openly about the inevitability of a future war with China. Such talk runs the risk of becoming a self-fulfilling prophecy and should terrify us all: a war between two nuclear armed powers and the two wealthiest nations on earth could dwarf the horrific death and destruction of the last two decades.

Why is the U.S. military everywhere?

Beyond asking questions, U.S. citizens and leaders can demand the country give up on offensive foreign bases and our long pattern of war. It may sound radical — though it should not — but we can demand a foreign policy built not around fighting but around diplomacy, international cooperation, violence reduction, and principles at the heart of the best traditions in U.S. history: democracy, equity, and justice.

David Vine is Professor of Anthropology at American University in Washington, DC. David is the author of a trilogy of books about war and peace including, The United States of War: A Global History of America’s Endless Conflicts, from Columbus to the Islamic State, which is out in paperback September 7. David is also the author of Base Nation: How U.S. Military Bases Abroad Harm America and the World and Island of Shame: The Secret History of the U.S. Military on Diego Garcia.

Your brain is remarkably good at mapping out physical spaces — even if it’s an imaginary space like Hogwarts. But how does the brain do it?
The Past

The decline of global poverty is one of the most important achievements in history, but the end of poverty is still very far away.
High Culture

It has been 50 years since an American has claimed the title of World Chess Champion. Will it ever happen again?
Up Next
13.8

Social physics: Are we at a tipping point in world history?

Does history have a grand narrative, or is it just a random walk to no place in particular? And is the world as we know it about to change?