On the island of Sarichef near the Bering Strait, the village of Shishmaref is shrinking so fast locals are considering relocating it entirely.

Global warming has shown that permafrost is not so permanent after all. And as it begins to melt, it is reshaping the Arctic.

The rapidly thawing ice layer is creating great sinkholes and hollows across the region as the ground begins to collapse in on itself. Erosion and landslides have become a problem without the ice that once held the soil together.

Permafrost – any area of land that remains frozen for at least two years – can vary from less than a metre thick to more than 1,500 metres. Some of it is tens of thousands of years old.

In some areas, it is simply frozen rock. But in other parts, soils and organic matter have acted like a sponge and taken in water which has subsequently frozen. As ice, water takes up a larger volume than its liquid form, but once melted, great pits are created in the land. 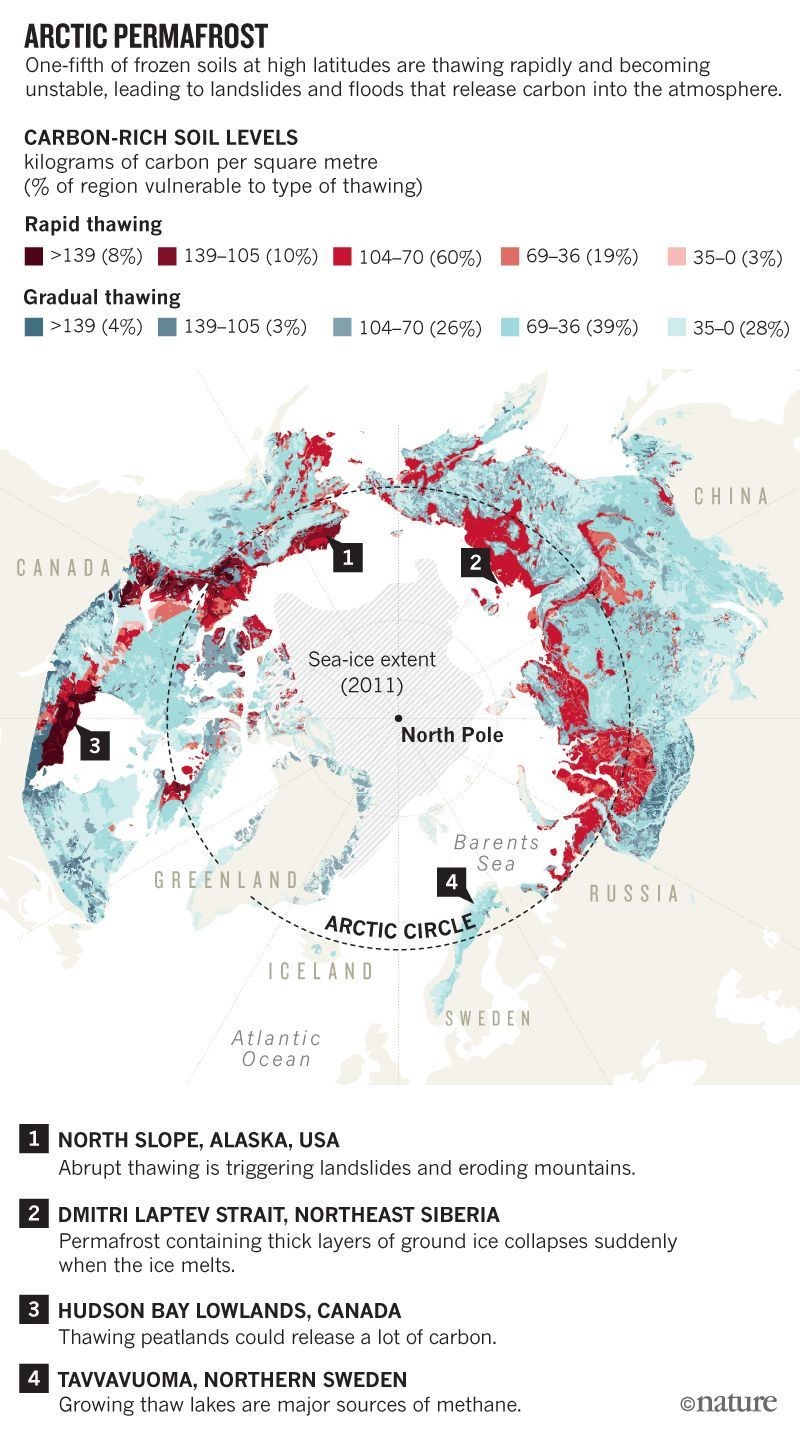 But the problem extends beyond an increasingly pock-marked landscape.

Scientists have known for years that melting permafrost will release greenhouse gases stored within and under it, creating a climate change feedback loop with the potential to warm our planet even faster. Rather than acting as a carbon sink, permafrost becomes a source of emissions. 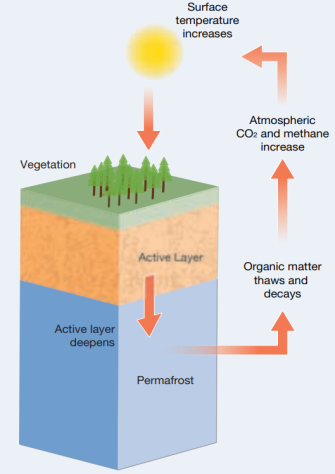 But the abrupt melting of the permafrost layer in some places, caused by warmer polar temperatures, could mean far more carbon is released than previously estimated, according to a new study in Nature Geoscience.

Less than one-fifth of the permafrost zone is likely to see this abrupt thawing, but its impact on the surrounding landscape means up to half of permafrost carbon could be affected.

Existing climate change models are based on gradual thawing of the permafrost layer caused by seasonal temperature fluctuations and fail to take into account the impact of more rapid thawing. This means we need to put in place measures to counteract human-induced emissions more quickly than we thought.

But David Olefeldt, who coauthored the paper in Nature Geoscience, warns against over-dramatizing the problem.

“The permafrost carbon feedback is not the proverbial climate bomb – but is it an important climate change accelerator which we do need to take into account.

The Arctic is warming faster than anywhere else on the planet. Temperatures have risen by 1℃ in the last decade alone, causing ice sheets to melt and sea levels to rise while threatening wildlife.

Getting a handle on warming temperatures at our earth’s poles is crucial if we are to keep global warming within agreed limits.

A medical entomologist points to metabolism, body odor, and mindset.
The Present

Does turning the air conditioning off when you’re not home actually save energy?

Should you blast the A/C even when you’re not at home?
Up Next
Hard Science

The origin and phylogeny of the Yaravirus are not yet clear.