Amazingly, when it comes to getting up off our butts and engaging in cultural activities out in the world, Americans, by far, most frequently choose to go… to the library. Seriously. Twice as often as movies, more than sports or music, museums, or anything else, according to new research published by Gallup. Though one explanation may be that we often don’t have to go out any more to see movies or sports, when it comes to leaving the safety of our domiciles, yes, libraries are our #1 destination. 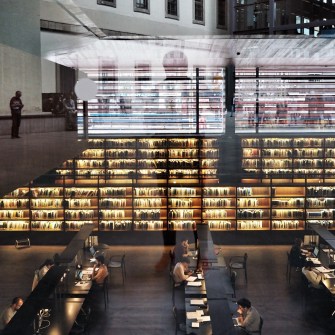 The overall average number of trips we made in 2019 to various cultural resources: 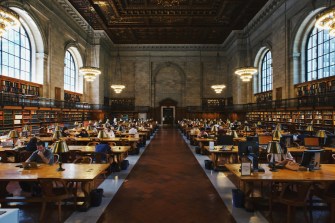 Cellular and landline telephone interviews were conducted December 2-15 of last year. There were more cellular respondents than landline, which seem right these days. 1,025 adults were questioned from all 50 U.S. states, and the results have a sampling error margin of ±4%.

This is Gallup’s first survey update since 2001, and reveals a 1,3-trip reduction in the number of movies attended, though again, this could simply mean we’re choosing to view them more often at home. 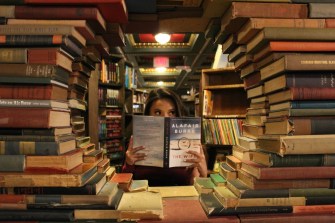 Who’s making all these trips to the library?

Gallup found that women are almost twice as likely to visit la bibliothèque, with 13.4 visits as apposed to men’s 7.5. On the other hand, men were more likely to frequent casinos, sporting events, and parks.

Today’s libraries offer, of course, more than books, most notably, computers for internet access and WiFi, and so it’s not surprising that lower-income respondents paid them a greater number of visits. They’re also the group most often visiting casinos.

The people who use libraries the least are those who make more than $100,000 annually. These people, conversely, are the most frequent attendees of events that carry higher ticket prices such as movies, shows, and concerts.

While it’s no shock that the age group most likely to visit a library are those of student age, 18-29, the group with the highest overall attendance record for all cultural activities are those from 30-49. Their average, 7.4, is more than three points higher than older adults and more than twice the number of visits for younger adults. Gallup suggests this may reflect a time of life when one is still relatively young but is more likely to have the money to pay for entertainments.

Gallup found certain clear regional preferences among the cultural destinations they tracked. Residents of the eastern U.S. are the most frequent museum-goers, while those in the West, more often visit parks and casinos. 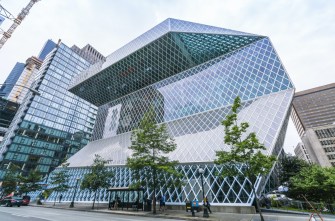 Gallup’s not the only organization with an interest in library attendance, and Literary Hub has identified the 12 most popular libraries globally, three of which are in the U.S.:

The American Library Association publishes a list of the 25 biggest U.S. libraries, and some of these places are jaw-droppingly gorgeous, as demonstrated by Curbed’s list of the 20 most beautiful American libraries. Huffington Post tells you where to find the best library in each state. 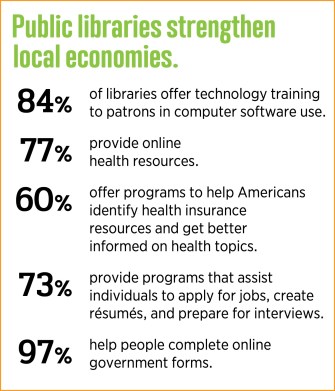 Libraries’ ever-expanding offerings have likewise expanded their importance as community centers in addition to being a place from which to borrow books. American Libraries Magazine’s April 2019 Special Report concludes that library attendance is on the rise. 2016 saw 1.4 billion visits to public libraries, which works out to 4 million visits a day and roughly 2,664 visits per minute. There are more public libraries (16,568) than Starbucks (14,606).

In line with Gallup’s findings that libraries are of particular importance to people with lower incomes, some of the largest U.S. libraries are abandoning fees for overdue books to ensure that they’re not penalizing — or worse, turning away — the people who most depend on free books and the other services libraries supply.

Though ample data supports the benefits public libraries provide to communities, the rise of anti-science, anti-education, and anti-diversity attitudes are posing new challenges for libraries, ranging from conflicts over acceptable content to budgeting. The Trump administration, for example, has advocated the last three years running that Federal funding of public libraries be eliminated . Fortunately, the proposal faced sufficient opposition that funding was increased in the final legislation. Funding for public libraries on the state and local levels continues to be often insecure even as libraries continue to assume their place as brick-and-mortar community centers for the modern world.

Death is the great and terrifying unknown, awaiting us all at the end of this life. Giving it a personality makes it easier to gaze upon.
The Present

Get ready for a new Roaring Twenties

Unlike the first Roaring Twenties, these won’t end with a Great Depression.
Neuropsych

From Ethel to Emma: Why are popular baby names and other fads always changing?

Humans seemingly have opposing desires to fit in and to be unique. The interplay between these might drive the evolution of fads.
The Past

Did Stalin really pluck a live chicken to show how he controlled the masses?

Distinguishing fact from fiction can be tough, especially when it comes to people as controversial as Stalin.
Strange Maps

Famished, not famous: retrace Orwell’s hunger days, when he was one of the city’s legion of poor foreigners.
Up Next
The Past

A mummy murder has been solved after 2,600 years

Researchers confirmed that the mummy known as Takabuti died from a stab wound to the back.