After a three-year legal battle, a federal court last week cleared the way for a man in Kentucky to obtain a customized license plate declaring “IM GOD” after citing First Amendment rights after the state of Kentucky denied him the plate.

The message could be considered blasphemous and even “obscene or vulgar” as officials at the Kentucky Division of Motor Vehicles initially claimed when they rejected the plate in 2016. (The state later claimed that the plate wasn’t approved because it was “not in good taste.”) For Hart, a self-described atheist, it was a harmless, humorous message he had the right to display. So he filed a lawsuit. 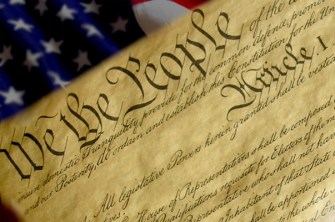 The lawsuit, filed by the Freedom From Religion Foundation and ACLU, challenged the Transportation Cabinet’s denial of Hart’s plate, which it argued was based on the state’s required restrictions on license plate messages that communicate religious, anti-religious, or political viewpoints. Essentially, it said that a license plate qualifies as government speech, so Hart’s vanity plate didn’t have free speech protections.

But the U.S. District Court for the Eastern Court of Kentucky, which resoundingly ruled in favor of Hart, said that the Commonwealth of Kentucky had gone too far. It concluded that the rule governing such license plates was an unreasonable and impermissible restriction of Hart’s First Amendment rights. This was because of the inconsistency of the rule’s application, which amounted to the state picking and choosing what kind of messages it wanted on the road regarding the topic of religion.

“If the Court finds that vanity plates are government speech, then the Court would also be finding that Kentucky has officially endorsed the words ‘UDDER’, ‘BOOGR’, ‘JUICY’, ‘W8LOSS’ and ‘FATA55,'” he also noted, according to WDRB.

According to the Freedom From Religion Foundation, a national state/church organization, the court’s decision highlighted the bias the state of Kentucky was displaying toward religious non-believers.

“As the court affirmed, the denial of Ben Hart’s choice of a license plate was pure discrimination,” said FFRF Co-President Annie Laurie Gaylor in a press release.

Hart expressed gratitude for the court’s ruling against that discrimination.

“I’m thankful to finally have the same opportunity to select a personal message for my license plate just as any other driver,” said Hart in FFRF’s press release. “There is nothing inappropriate about my view that religious beliefs are subject to individual interpretation.”

This display of religious bias isn’t surprising, and it likely isn’t the first or only instance. Despite the increased visibility of atheists and the decline in religious beliefs in the United States, uncomfortable attitudes towards atheists are still prevalent. This makes the ruling all the more significant.

It might be just one silly license plate, but this case underlines how government officials are able to censor certain messages like those on license plates and determine whether they are, say, too blasphemous or too religious. Thanks to this ruling, those officials will have to check certain biases they have when giving a state stamp of approval to license plate messages. Aside from atheists or other religious minorities, this court decision is a win for anyone who might want to promote a viewpoint on government property without being censored because certain officials don’t like the message.

According to FFRF attorney Patrick Elliott in a “newsbite” by the nonprofit organization, it is particularly egregious for government workers to censor phrases on the topic of religion because it equates to them endorsing pro-religious or anti-religious messages. Now, thanks to this ruling, the state of Kentucky can’t do that. And the rest of the nation has taken note.

The questions about which massive structures to build, and where, are actually very hard to answer. Infrastructure is always about the future: It takes years to construct, and lasts for years beyond that.
Up Next
Health