How am I supposed to do that?

More importantly, it provokes what Chris Voss calls “forced empathy.” Voss’s resume includes a stint as the lead international kidnapping negotiator for the FB1 and 14 years in the New York City Joint Terrorist Task Force. He knows how to have a conversation in difficult situations.

Voss now teaches negotiation skills to business leaders as the CEO and founder of the Black Swan Group. Whether chatting with terrorists or corporate heads, his main tactic is similar: Make the other person empathize with you.

His seven-word question accomplishes this. What seems to be an admission of uncertainty or weakness is actually a show of strength. In jujitsu, sometimes being on your back is an advantage; in business, the same rule applies. Chris Voss explains in an interview with Big Think:

This question forces a response, and—this is the key—the other person has to consider your side of the argument. They have to look at the situation from your perspective if they hope to offer a solution.

Offering a real-world example, Voss mentions coaching a high-end real estate agent. They were leasing an expensive home in the Hollywood Hills. The first time the negotiators asked the “how” question, the leasing agent relented on a number of terms. A little while later, they asked again. This time, the agent said, “If you want the house you’re going to have to do it,” signaling that the end of negotiations had been reached. That kind of response tells you something useful: You’ve gotten as much as you can from the deal.

Voss says that “how” is not the only word that works. “What” is also a powerful entry into negotiations, such as “What am I supposed to do?” Again, you’re forcing the other person to empathize.

This is a particularly tricky skill during a time when most conversations are online. Nuance is impossible without the immediacy of pantomimes and vocal fluctuations. Whataboutism is too easy an escape. This particular forced empathy tactic might be one that’s best employed face-to-face or on the phone. 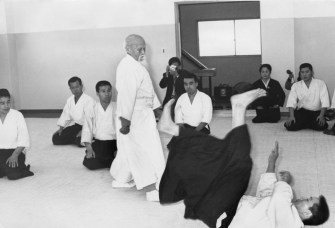 Online debates often amount to little more than frustrated individuals pulling out their hair. In his book, “Against Empathy,” Yale psychology professor Paul Bloom writes that effective altruists are able to focus on what really matters in everyday life.

For example, he compares politics to sports. Rooting for your favorite team isn’t based in rationality. If you’re a Red Sox fan, Yankees stats don’t matter. You just want to destroy them. This, he believes, is how most people treat politics. “They don’t care about truth because, for them, it’s not really about truth.”

Bloom writes that if his son believed our ancestors rode dinosaurs, it would horrify him, but “I can’t think of a view that matters less for everyday life.” We have to strive for rationality when the stakes are high. When involved in real decision-making processes that will affect their life, people are better able to express ideas and make arguments, and are more receptive to opposing ideas.

Because we “become inured to problems that seem unrelenting,” it’s imperative to make the problem seem immediate. As Voss says, giving the other side “the illusion of control” is one way of accomplishing this, as it forces them to take action. When people feel out of control, negotiations are impossible. People dig their heels in and refuse to budge.

What seems to be weakness is actually a strength. To borrow another martial arts metaphor, negotiations are like aikido: using your opponent’s force against them while also protecting them from injury. Forcing empathy is one way to accomplish this task. You may get more than you ask for without the other side ever realizing they surrendered anything.

There is no long-term beneficial effect of medication on standardized test scores.
Up Next
The Present

Here are 5 simple steps to creating a side hustle you can cash in on—just remember: quality should be at the heart of each step.