The beard is an ever contentious subject in the domain of male grooming practices. Love them or hate them, new research on heterosexual mating preferences offers clues about why some women fawn over facial hair.

Research by Tessa R. Clarkson et al. at the University of Queensland measured women’s judgement of the attractiveness of men with varying levels of facial masculinity and beardedness. What they found was that women do indeed perceive men with facial hair to be more attractive as well as physically and socially dominant. Particularly, women with high levels of moral disgust. 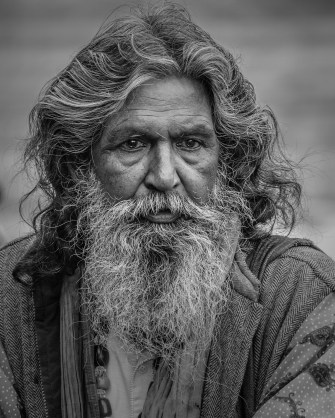 Beards and perceptions of masculinity

The study used 919 American (mostly white) women ages 18-70 who rated 30 pictures of men they were shown with various stages of facial hair growth. The photographs depicted men with faces that had been digitally altered to look more feminine or more masculine, with a beard and without a beard. The women rated the men according to perceived attractiveness for long-term and short-term relationships. The study found that the more facial hair the men had, the higher the men were rated on their attractiveness, particularly for their suitability for a long-term relationship.

Part of this might be attributed to facial masculinity — i.e. protruding brow ridge, wide cheekbones, thick jawline, and deeply set narrow eyes — which conveys information to a woman about a man’s underlying health and formidability. Women tend to associate more masculine faces with physical strength and social assertiveness. It can also indicate a man with a superior immune response. The researchers suggested that their findings favoring bearded men could be due to the fact that facial hair enhances the masculine facial features on a man’s face, like creating the illusion of a thicker jaw line. This could communicate direct benefits to women like resources and protection that would enhance survival among mothers and their infants. In other words, while a beard doesn’t mean superior genetics in and of itself, it might be a primitive, ornamental way of saying, “Hey girl, I’m a testosterone-fueled lean, mean, pathogen fighting machine.”

It could also be that a beard becomes its own destiny. The researchers in this study cite prior research that found that by growing a beard, men felt more masculine and had higher levels of serum testosterone, which was linked to a higher level of social dominance. They also tended to subscribe to more old-school beliefs about gender roles in their relationships with women as compared to men with clean-shaven faces.

What does disgust have to do with beard preference?

Obviously, not all women dig beards. The researchers were particularly interested in what traits make a women prefer bearded men over clean-shaven faces. They looked into several factors including a woman’s disgust levels on various concepts, her desire to become pregnant, and her exposure to facial hair in her personal life.

According to the study, women who were not into facial hair were turned-off by potential parasites or other critters they imagined could be in the hair or skin. Women ranking high on this “ectoparasite disgust” scale might have viewed beards as a sign of poor grooming habits. However, women who ranked higher in levels of “pathogen” did find the bearded men to be desirable, possibly because they perceived beards as a signal of good health and immune function. An intriguing discovery in the study was links to morality. Women who displayed higher levels of “moral disgust,” or feelings of repugnance toward taboo behaviors, were more likely to prefer hairy faces. The authors opined that this could reflect a link between beardedness, politically conservative outlooks, and traditional views regarding performances of masculinity in heterosexual relationships.

The correlations that existed between married and single women’s rating on the attractiveness of beards were not particularly clear, although the researchers noted that single and married women who wanted children tended to find beards more attractive than the women who didn’t want children. They also found that women with bearded husbands found beards to be more attractive, which might indicate that social exposure to beards influences how desirable they are perceived of as being. Or it could be that men with wives who like beards grow beards.

It’s important to note that culture plays a huge role in how attractive women perceive certain male characteristics as being. This study looked at a small, culturally specific group of American women, so no big, universal claims should be made about masculinity, facial hair, and male desirability to women. However, research like this is important in highlighting how human grooming decisions are driven by much more than fashion trends. Sociobiological, economic, and ecological factors all play a part in the way we choose to present ourselves.

Do right and wrong depend on culture, or does morality transcend place and time?

Medical science can save lives, but should it do so at the cost of quality of life?