That’s one possibility at least. All that’s generally agreed upon is that dogs became man’s best friend as early as 15,000 years ago — though some fossil evidence suggests domestication as far back as 30,000 years. As science writer James Gorman points out, this means we loved our tail-wagging besties before inventing agriculture, language, or permanent homes and even before we domesticated cows, goats, and, of course, cats. 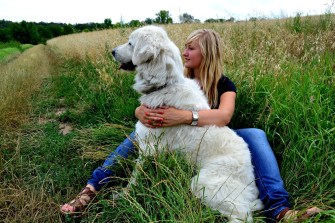 It’s not our imaginations or a poetic attempt to explain behavior through personification. Dogs do view their people as family.

Cognition scientists at Emory University placed dogs in an MRI machine and scanned their brains while presenting them with different odors. Some aromas were of food. Others were from other dogs. And some were from the dogs’ human companions. The dogs’ brains’ reward centers lit up most when presented with the human scents, showing they prioritized human relationships. 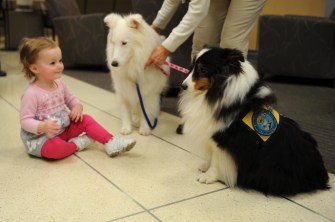 Dogs may be able to curb the risk of some mental diseases. That’s the conclusion of research published in the peer-reviewed journal PLoS ONE,which found a link between dog ownership and a reduced risk of schizophrenia.

“There are several plausible explanations for this possible ‘protective’ effect from contact with dogs,” lead author Robert Yolken said in a statement. “Perhaps something in the canine microbiome that gets passed to humans and bolsters the immune system against or subdues a genetic predisposition to schizophrenia.” 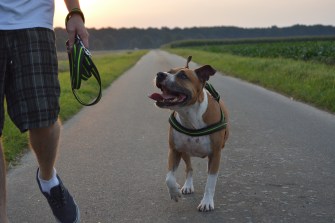 Dogs are your heart’s best friend, too

Researchers evaluated roughly 1,800 participants using the American Heart Association’s Life’s Simple 7, seven life factors that people can improve to help achieve cardiovascular well-being. They then compared the health of pet owners with those who did not own pets and found a correlation between dog ownership and heart health. The researchers associated this salubrious effect with increased engagement and physical activity.

“In general, people who owned any pet were more likely to report more physical activity, better diet and blood sugar at an ideal level,” Andrea Maugeri, a researcher with the International Clinical Research Center at St. Anne’s University Hospital in Brno, said in a statement. “The greatest benefits from having a pet were for those who owned a dog, independent of their age, sex and education level.” 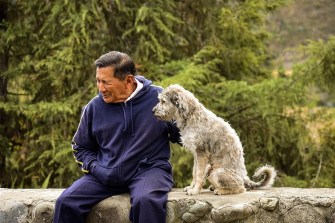 Better heart health means a better chance to live longer. That’s according to a recent study and meta-analysis published in Circulation: Cardiovascular Quality and Outcomes.

A study published in Scientific Reports corroborates a canine’s life-giving, heart-healthy impact. The researchers reviewed the national registries for more than 3.4 million Swedes with no cardiovascular disease before 2001. Looking at the association between dog ownership and cardiovascular health, they found that single dog owners had a lowered risk of death, either due to cardiovascular disease (11 percent) or other causes (33 percent).

In a statement, lead junior author Mwenya Mubanga noted, “A very interesting finding in our study was that dog ownership was especially prominent as a protective factor in persons living alone, which is a group reported previously to be at higher risk of cardiovascular disease and death than those living in a multi-person household. Perhaps a dog may stand in as an important family member in the single households.”

Put simply, dogs are better at ignoring bad advice than their human peers. Research out of Yale University’s Canine Cognition Center tasked dogs with retrieving treats from a puzzle. The researchers presented the steps to solve the puzzle but included many extraneous steps in the demonstration. When it was the dogs’ turn, they nimbly skipped the unnecessary steps, thereby showing their ability to filter information effectively.

“This tells us something really important about how humans learn relative to other animals,” Big Think author Arpan Bhattacharyya wrote on the study. “We’re really trusting of the information that we get from other individuals – even more trusting than dogs are. 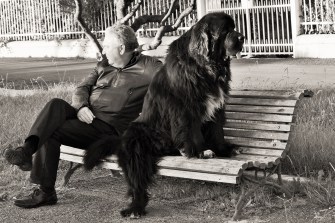 Dogs resemble their owners in more ways than floppy jowls or a perky gait. Dogs mirror their owners’ personalities, and owners can use this information to better understand themselves.

Research published in the Journal of Research in Personality surveyed more than 1,600 dog owners, representing about 50 different breeds. They found that dog owners shaped their dogs’ personalities. Extroverted owners rated their dogs as more active and playful, while the owners of more fearful dogs tended to exhibit more negative emotions. Similarly, more agreeable owners were guardians of less aggressive pets.

“We expected the dogs’ personalities to be fairly stable because they don’t have wild lifestyle changes humans do, but they actually change a lot. We uncovered similarities to their owners, the optimal time for training and even a time in their lives that they can get more aggressive toward other animals,” lead author William Chopik said in a release.

Another study in Scientific Reportsshowed similar findings regarding stress. The researchers took hair and fur samples from owners and their dogs to measure both for the stress hormone cortisol. They found a correlation in long-term stress between the two.

These are six ways that science has discovered dogs aid their interspecies partner. As genetic research advances, dogs may prove they are man’s best friends in unforeseen ways. Scientists studying the canine genome have found a number of canine disorders that closely resemble those found in humans, including some cancers. Further study may provide a wealth of information that could help us solve our own genetic mysteries.

Tags
animalsbraincognitive sciencehappinesshealthmedical researchmental healthpersonality
In this article
animalsbraincognitive sciencehappinesshealthmedical researchmental healthpersonality
Related
Neuropsych
Memory and the benefits of forgetting
Forgetfulness isn’t always a “glitch” in our memories; it can be a tool to help us make sense of the present and plan for the future.
Life
Our antidepressant drugs are affecting animals and ecosystems
A toxicologist explains the impacts of antidepressants on fish — and no, they’re not getting any happier.
Thinking
Visual thinking: How to understand the inner lives of animals
Humans are good visual thinkers, too, but we tend to privilege verbal thinking.
Life
Scientists use CRISPR to insert an alligator gene into a catfish
Disease kills off 40% of farmed catfish. This gene protects them.
Health
What happens when regular porn watchers abstain for a week?
Researchers watched for signs of withdrawal — but didn’t find any.
Up Next
The Present
Could new study on cow communication lead to more humane farming?
Audio recordings reveal cows have unique voices and share emotions with each other.