The psychedelic drug DMT can conjure powerful visions. In low doses, people often hallucinate fractal patterns, geometric shapes, and distortions in the physical space around them. But things get much stranger with higher doses.

When people consume enough DMT (N,N-Dimethyltryptamine) to have a “breakthrough” experience, they often encounter beings commonly known as ‘elves’ that seem autonomous, existing in a reality separate from our own.

The form and nature of DMT elves vary in reports, but one thing remains curiously constant: People tend to rank these encounters among the most meaningful experiences of their lives. For some people, these encounters change their beliefs about reality, the existence of an afterlife, and God.

A recent survey provides some of the most detailed information about these encounters to date. Published in the Journal of Psychopharmacology, the survey includes responses from 2,561 adults about their single most memorable encounter with a being (or beings) after smoking or vaporizing DMT. (DMT is an endogenous chemical, meaning the body produces it naturally, though it’s currently a Schedule I drug in the U.S.)

Most respondents had used DMT about a dozen times in their life. The survey excluded experiences in which people consumed other drugs with DMT, and it didn’t include experiences with ayahuasca, which is a brew that contains DMT. 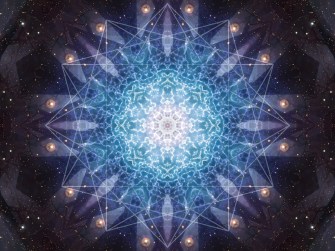 The encounters felt more “real” than reality. This was true for 81 percent of respondents during the encounter, and 65 percent after the encounter. One respondent wrote: “There was an indescribably powerful notion that this dimension in which the entity and I convened was infinitely more “real” than the consensus reality I usually inhabit. It felt truer than anything else I’d ever experienced.”

Most people said the beings weren’t hallucinations. About three-quarters of respondents said they believe the being was real, but it exists in some kind of different dimension or reality. Only 9 percent said the being existed “completely within myself.”

Most received a message during the encounter. About two-thirds of respondents said they received “a message, task, mission, purpose, or insight from the entity encounter experience.”

What kinds of messages? Some people were shown that death isn’t the end, that everything and everyone is connected. Others had personal insights revealed to them, such as bad behaviors that they should stop.

Some messages were strangely practical — one respondent said the beings revealed the location of a Zippo lighter that had been missing (it was buried deep in a couch, go figure). There was also the respondent who said a being “was teaching me the rules/regulations of the NFL.”

What’s more, 89 percent of respondents said the encounter led to lasting improvements in well-being or life-satisfaction. Why? The researchers suggested that “ontological shock” — the state of being forced to question your worldview — may “play an important role in the enduring positive life changes in attitudes, moods, and behavior attributed to these experiences.”

“As such, it is possible that, under appropriate supportive set and setting conditions, DMT could show promise as an adjunct to therapy for people with mood and behavioral problems (e.g. depression and addiction),” the researchers wrote.

The study also noted that DMT encounters have a lot in common with near-death and alien-abduction experiences, which also have been shown to produce long-lasting changes in personal beliefs.

Do DMT entities actually exist in some other dimension, or are they hallucinations that the brain generates when its visual processing system is overwhelmed by a powerful tryptamine?

The late American ethnobotanist Terence McKenna believed that DMT beings — which he called “machine elves” — were real. Here’s how he once described one of his DMT experiences:

“I sank to the floor. I [experienced] this hallucination of tumbling forward into these fractal geometric spaces made of light and then I found myself in the equivalent of the Pope’s private chapel and there were insect elf machines proffering strange little tablets with strange writing on them, and I was aghast, completely appalled, because [in] a matter of seconds… my entire expectation of the nature of the world was just being shredded in front of me. I’ve never actually gotten over it.

These self-transforming machine elf creatures were speaking in a colored language which condensed into rotating machines that were like Fabergé eggs but crafted out of luminescent superconducting ceramics and liquid crystal gels. All this stuff was just so weird and so alien and so un-English-able that it was a complete shock — I mean, the literal turning inside out of [my] intellectual universe!”

McKenna believed machine elves exist in alternate realities, which form a “raging universe of active intelligence that is transhuman, hyperdimensional, and extremely alien.” But he was far from the first to believe that DMT is a doorway to other realms.

Indigenous peoples of the Amazon basin have used ayahuasca in religious ceremonies for centuries, though no one is quite sure when they first started experimenting with the psychedelic brew. The Jibaro people of the Ecuadorian rainforest believed ayahuasca allowed regular people, not just shamans, to speak directly to the gods. The 19th-century Ecuadorian geographer Villavicencio wrote of other Amazonian shamans who used ahaysuca (known as the “vine of the dead”) to contact spirits and foresee enemy battle plans.

In the West, research on DMT experiences has been sparse yet interesting. The psychiatrist Rick Strassman conducted some of the first human DMT trials at the University of New Mexico in the early 1990s. He found that “at least half” of his research subjects had encountered some form of entity after taking DMT.

“I was neither intellectually nor emotionally prepared for the frequency with which contact with beings occurred in our studies, nor the often utterly bizarre nature of these experiences,” Strassman wrote in his book “DMT The Spirit Molecule”. 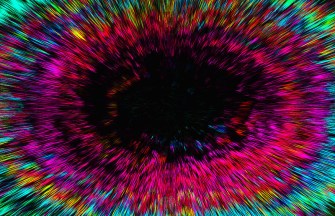 Of course, many people believe that DMT elves are merely hallucinations. But the question remains: Why do so many people encounter similar beings?

One answer: That’s exactly what people expect to encounter. After all, it’s likely that people who seek out a rare and intense drug like DMT have researched it, and possibly stumbled across McKenna’s machine-elf idea. So, that’s the image their brain produces. (An Erowid survey on the topic of DMT beings once included the question: “Do you know who Terence McKenna is?” 54 percent of respondents reported having some knowledge of him.)

Another explanation comes from a 2004 DoseNation article by James Kent, the author of “Psychedelic Information Theory — Shamanism in the Age of Reason”. Kent argued that “humans across all cultures have alien and heavenly archetypes embedded in their subconscious, and psychedelic tryptamines can access the archetypes with a high level of success.”

Kent said he’s encountered DMT elves during his own experiences, and that he’s even managed to have “rudimentary conversations of sorts” with them. In his personal experiments, he tested whether these beings could reveal to him any information that he himself would be incapable of knowing. They couldn’t. “Whenever I tried to pull any information out of the entities regarding themselves, the data that was given up was always relevant only to me. The elves could not give me any piece of data I did not already know, nor could their existence be sustained under any kind of prolonged scrutiny.”

It’s also worth noting that not all people who smoke DMT see beings, and that some see beings that look nothing like elves or aliens. The diversity of these reports seems to count against the argument that DMT beings exist in some objective alternate reality.

In other words, if DMT beings exist in some other dimension, shouldn’t they appear the same to anyone who visits that dimension? Or do the beings assume a different appearance based on who’s looking? Or are there many types of beings in the DMT universe, but most look like elves?

You might start seeing elves just trying to sort this stuff out.

Ultimately, nobody knows exactly why DMT beings take the forms they do, or whether they’re just figments of overstimulated imaginations. And the answers might be beside the point.

DMT elves may be nothing more than projections of the subconscious mind. But these bizarre encounters do help some people find real meaning, whether it’s through personal revelation or the raw power of ontological shock.

Are you in love? Trust your mother over your brain.
▸
with
Big Think
Mind & Brain

From "shell shock" to "combat fatigue," the wars of the past century have violently illuminated the power trauma can wield over the mind and body.
Videos

When you unintentionally step on a dog's tail, does it know that it was an accident?