Since around the 1980s, most American corporations have agreed their main purpose is to maximize shareholder profits. Now, amid growing concerns about income inequality and Democratic policy proposals that call for restructuring American capitalism, some of the nation’s biggest corporations are saying it’s time to change the definition of corporate purpose.

The Business Roundtable, a lobbying group of American CEOs, released a statement Monday describing how the corporate world’s long-held definition of purpose — often called “shareholder primacy” — “does not accurately describe the ways in which we and our fellow CEOs endeavor every day to create value for all our stakeholders, whose long-term interests are inseparable.”

“Americans deserve an economy that allows each person to succeed through hard work and creativity and to lead a life of meaning and dignity,” the statement reads. “We believe the free-market system is the best means of generating good jobs, a strong and sustainable economy, innovation, a healthy environment and economic opportunity for all.”

The Business Roundtable updates its guidelines periodically, but Monday’s update is the most explicit to date in rejecting shareholder primacy. The statement — signed by 181 of 192 current members of the Business Roundtable, including CEOS from companies such as Apple, Pfizer, Mastercard, and Ford Motor Company — says members commit to:

The statement doesn’t promise any concrete changes, and it’s unclear how corporations might change their practices, if at all. One governance expert said the statement actually decreases these executives’ accountability.

“It limits accountability for these people to anyone, because if you have multiple stakes with whom you’re accountable, you’re always going to get it right on someone,” Charles Elson, who directs the John L. Weinberg Center for Corporate Governance at the University of Delaware, told The Washington Post. “You can always make an argument that no matter what you’ve done, some stake will benefit. If your watch stops, it still gets the time right twice a day.”

Still, at the very least, the statement signals a symbolic change in ethos of the American corporate elite.

“It really is quite significant,” Peter Cappelli, a professor who studies labor economics at the University of Pennsylvania’s Wharton School, told the Post. “It sounds like what they’re describing is what was the standard view before the mid-1980s — before the shareholder value idea really started to spread.”

The idea of shareholder primacy can be traced back to the economist Milton Friedman, who wrote aNew York Times Magazine article in 1970 deriding the claim that corporations ought to be socially responsible, calling it a “fundamentally subversive doctrine” in a free society, adding, “there is one and only one social responsibility of business — to use its resources and engage in activities designed to increase its profits so long as it stays within the rules of the game, which is to say, engages in open and free competition without deception or fraud.” 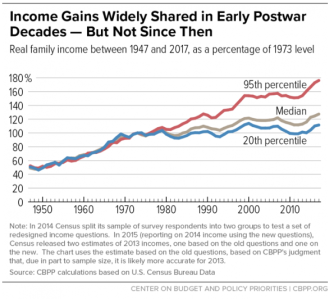 In short, “social responsibilities” are for individuals; corporations need only focus on making as much money as possible without breaking the law.

“That article was very well received in Wall Street,” Joseph L. Bower, a professor of business administration at Harvard University, recounted to Forbes. “They loved it. You could see the change in compensation practices. The use of the phrase ‘maximize shareholder value’ exploded at that time.”

Bower once said the idea that corporations need only “maximize shareholder value” is “pernicious nonsense.” In a 2017 article for Harvard Business Review, Bower and Lynn S. Paine suggest that Friedman’s essential idea “could be damaging to the broader economy,” mainly because it gives extreme consideration to shareholders over a short-term timeframe, while ignoring other stakeholders, such as employees or society at large. This results in an “accountability vacuum,” they write, because in this governance approach shareholders are effectively treated as owners of the company, when in fact they’re not held accountable for any company decisions.

Bower and Paine suggest that a more company-centric governance approach would benefit American corporations’ many stakeholders, including but not limited to shareholders. (You can read their detailed piece here.) Meanwhile, some Democratic lawmakers have proposed policy that aims to wrest some amount of corporate power from executives and shareholders and give it to other shareholders.

For example, U.S. Sen. Bernie Sanders (D–VT) wants to prohibit corporations from buying back their own stock, which drives up share prices, unless they boost employee pay and benefits. Separately, Sen. Elizabeth Warren’s Accountable Capitalism Act aimed to restructure corporate decision-making, in part by mandating that corporations allow 40 percent of board members to be elected by employees, and by limiting the ways in which directors and officers sell company shares.

Tags
businesscapitalismeconomics
In this article
businesscapitalismeconomics
Related
The Past
How people crossed the Atlantic Ocean before commercial aviation
For centuries, the only way to travel between the Old and New World was through ships like the RMS Lusitania. Experiences varied wildly depending on your income.
The Past
How the crusades spawned the world’s first financial services company
The Knights Templar were not only skilled fighters, but also clever bankers who played a crucial role in the development of Europe’s financial systems.
The Present
To the moon? Five microeconomic lessons from Bitcoin
Bitcoin is often derided as volatile, but a new report suggests there is a method to the madness.
Health
Want to live longer? You may need to move
Longevity gets a new motto: location, location, location.
The Present
Is Bitcoin really “economic freedom”?
Bitcoin’s creator owns five percent of the entire Bitcoin supply, meaning that he has a larger percent of Bitcoin than the U.S. has of gold.
Up Next
The Present
How can felons be rehabilitated when prison labor is good for big business?
Until the use of prison labor is banned, many stakeholders will be incentivized to prevent felons from being rehabilitated.