On July 17, 2014, Malaysia Airlines Flight 17 (MH17) was shot down over eastern Ukraine. The attack occurred in an area controlled by pro-Russian separatists and seemed the result of a surface-to-air missile. Everyone on board was killed.

The event triggered public outrage and an international season of the blame game. Western Europe, led by the U.S. and Ukraine, pointed fingers at Russia, while Russia tried to pin the blame on Ukraine, going so far as to claim a Ukrainian military jet tailed the commercial aircraft immediately before the disaster.

Later that year, an investigative team put out a report linking the pro-Russian separatists to the Buk-M1 missile launcher likely responsible for the tragedy. The team compiled photos, satellite imagery, and video evidence to follow a missile transport from Donetsk to Snizhne immediately before the downing of the aircraft. They then confirmed the transport leaving the area later, sans one missile.

This report was not filed by an NGO or a legacy news organization like the New York Times or Wall Street Journal, nor did the team have access to insider or classified information. Its authors were a small, independent collective of researchers and citizen journalists called Bellingcat, and their information came from social media posts, Google Maps satellite imagery, and videos uploaded to YouTube. In other words, the facts were out in the open for anyone to see. Bellingcat simply knew where to look. 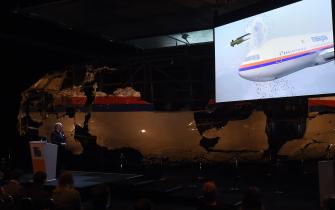 Dutch Safety Board Chairman Tjibbe Joustra speaks in front of the MH17 wreckage to present its final report into the attack. Credit: Emmanuel Dunand/AFP via Getty Images

Bellingcat was founded by Eliot Higgins, a citizen journalist who gained online prominence investigating weapons smuggling during the Syrian war. The collective’s report into the MH17 attack would serve as its breakthrough, and it would continue to improve our understanding of the tragic event and countering Russian disinformation.

Since then, Bellingcat has legally registered as a foundation in the Netherlands and has continued to unearth consequential details to some of the most important news stories of the last decade, including the Syrian War, the Christchurch mosque massacre, and the poisonings of Yulia Skripal and Alexei Navalny.

The foundation’s model of journalism is known as “open-source investigation.” According to Aric Toler, Bellingcat’s director of research and training, it’s less an overturning of investigative journalism than a “genre” within it. This type of investigation follows digital data trails that are freely available on the internet. The bread crumbs could be found in public records, media reports, photos on Twitter, or people silly enough to upload a video of themselves committing a crime on Parler.

“Bellingcat’s rise reveals something new about our digitally mediated times: spying is no longer the preserve of nation states – anyone with an internet connection can do it. The balance between open and secret intelligence is shifting. The most useful stuff is often public,” writes Luke Harding for the Guardian.

The vast amount of data available online allows Bellingcat’s researchers to piece together timelines or connect seemingly disparate events to reveal their connective, underlying thread. In its investigation into the shooting of Ashli Babbitt, researchers created a timeline of radicalization through her social-media footprint; they also mapped her journey during the Capitol Riot by locating videos showing her in the crowd and comparing background details to publicly available floorplans of the U.S. Capitol Building.

Like a fussy math teacher, the foundation employs a “show-your-work approach” to maintain credibility, transparency, and back-of-the-book peeking. Each article or report meticulously presents its data points through links and images, building the trail of evidence crumb-by-crumb. By the end, readers have seen the same evidence as the researcher and can decide whether said evidence supports the researcher’s conclusions.

Aware such evidence can sometimes vanish—either by the people who upload it or corporations fretting over public relations—Bellingcat has also gone to great lengths to archive and back up important data before they are lost.

While today Bellingcat employs a small team of journalists and editors, it still relies on volunteers and citizen journalists willing to dedicate the time and effort to scrape the internet for leads.

This, Toler told us in our interview, is an advantage to Bellingcat’s investigative methods. While traditional news outlets contend with shrinking budgets, less personnel, and more information to wrangle than ever, they simply lack the resources necessary to explore the deluge of data we call the internet. Conversely, Bellingcat can overcome these barriers by tapping into a pre-existing group of enthusiasts who thrive on a sense of devotion, interest, and personal satisfaction. And the more people who team up to solve a problem, the lighter the work becomes.

But there are challenges. “It’s a double-edged sword. On the one hand, you have a clear gap in information. It’s just not feasible for large outlets to cover this stuff to the degree it should be. But also, the people who do have time and do it, there’s not as much responsibility on them, and who knows what they could do that causes harm,” Toler said.

Consider the open-sourced nature of the evidence. Bellingcat’s show-your-work approach is necessary for clarity and transparency, but it also creates a set of instructions for those looking to duplicate the formula. While Bellingcat maintains the guidelines of a traditional newsroom, others may not and bad actors could locate information Bellingcat deemed sensitive enough to redact and use it to harm others by, say, doxing.

“There’s really no good solution because you can’t control what the mob does. If someone is angry, they can dig into this stuff because it is open source, and if you give the transparency of how you got your stuff, then you can’t avoid the fact that it can then be reproduced and found,” Toler said.

Because of this, Bellingcat hopes to serve as a type of intermediary. Like a traditional newsroom, it vets its sources, sets up fail-safes to catch misinformation, and writes its reports to protect bystanders and prevent libel. It hopes these practices will serve as an example for citizen journalists to emulate. On the obverse, it aims to show established news outlets the power and reach of open-sourced investigative techniques and these online communities. 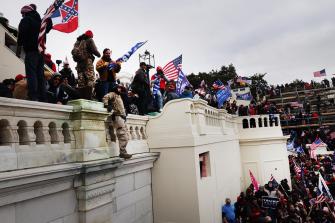 Looking to the larger media landscape, Bellingcat doesn’t see itself in competition with traditional news media. It views its position as one of cooperation. The foundation has worked with several news partners to investigate stories and promote its work, such as sharing the findings of its Riley June Williams investigation with NBC.

It also offers training workshops to teach open-source investigation. These are not only attended by journalists wishing to hone their skills but professionals like lawyers and finance managers looking to add these techniques to their trades. Because the foundation sees its methods as an extension of investigative journalism, not a replacement for it, it isn’t looking to corner a market. Rather, it aims to evolve a profession to meet the challenges of its new 21st-century environment.

As Toler told us: “Journalism doesn’t work one way or the other. It should be both. Do some open-source sleuthing to compliment and boost your on-the-ground reporting.

“Our gospel of open source, we’re trying to spread that as much as we can. We want to make this a very mainstream part of traditional news. If we’re made obsolete, that’s a good thing because we’d like for more traditional news outlets to be doing digital investigation and verification work.”

People around the world, mostly Generation Z, are obsessed with the look and feel of gothic, elitist universities. Why?
The Present

The problems that Americans face are often too complex for fact-checking alone.
The Present

Some U.S. intelligence operatives have suggested foreign adversaries may be using “directed-energy” weapons against Americans.
The Future

The book “The Genesis Machine” outlines the promise and peril of synthetic biology, a powerful tool that will allow us to program life like a computer.
The Future

Can space ever be safe? What about the metaverse?
Up Next
Critical Thinking

Steven Pinker: The case for letting go of identity politics

Identity politics has become a highly contentious element within modern political discourse. Those who support this approach believe it bolsters the presence and power of those who would otherwise be […]