The program is the first of its kind at a four-year university in the U.S., according to CBS Detroit. Students will take classes in chemistry, plant biology and business entrepreneurship, and the program will also feature a capstone “research experience” involving “experimental horticulture and instrumental analysis of natural products.”

As far as hands-on experience?

“We’re not going to be actually growing anything on campus,” said Brandon Canfield, associate chemistry professor at Northern Michigan University, to CBS Detroit. “Maybe following the 2018 Michigan election, maybe we’ll revisit that depending on the outcome and what ballots are present on that election. But for now, we’re not going to be growing any cannabis. We’ll be practicing extraction and analysis techniques on other plant systems.”

Canfield said the school created the program in response to the growing medical marijuana industry.

“The need for this is so great. You go to some of these cannabis industry conferences and everyone is talking about how they need labs, they need labs,” he said. “Or the bigger operations are trying to set up their own labs in house and they need trained analysts. And the skill set required to perform these analysis is perfectly matched with an undergraduate level education.” 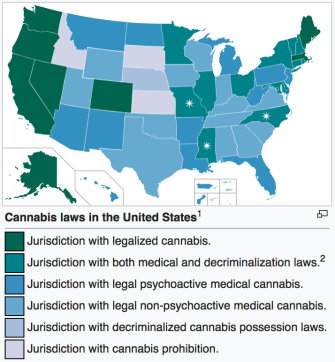 The program will prepare students for careers in either the medical or recreational marijuana industry.

“I predict that the graduates from our program are going to have among the highest immediate job placement of any of our programs,” Canfield said. “People are either going to go out and get jobs or they might go out and start their own business in the industry.”

The economic data seems to back him up. Marijuana sales boomed by 30 percent in 2016 to $6.7 billion in the U.S. and Canada. It’s now fully legal in eight states, which means that 1 in 5 of the total U.S. population lives in a legal adult-use market. 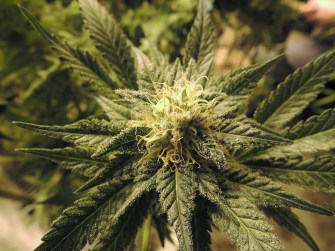 North American marijuana sales are projected to top $20.2 billion by 2021. This kind of industry growth is unprecedented, even compared to the dot-com era, and it’s expected to create some 250,000 jobs by 2020, according to a report from New Frontier Data. That’s more than the expected jobs in U.S. manufacturing.

But there’s another reason it could be especially lucrative to jump into the marijuana business right now, as the Northern Michigan University program website notes:

The historical stigma associated with cannabis is quickly vanishing, and although there is a surge in businesses related to the marijuana economy, there is a major gap in educational opportunities available to prepare people for this field.

In other words, the demand for labor is high while supply is low. It’s not too surprising. The industry is still in its infancy and middle America is only just beginning to lower its eyebrows to the idea of marijuana — medicinal and recreational. After all, recreational marijuana is still illegal in most states, including Michigan, which will vote on legalization this November.

In the meantime, those willing to spend their college tuition preparing for careers in the marijuana industry might profit big on a relatively safe bet.

Bathybius haeckelii was briefly thought to be the link between inorganic matter and organic life.
Up Next
Mind & Brain

Can an LSD Overdose Kill You?

The psychedelic drug LSD is still popular. But how dangerous is it?