The first British National Birth Cohort study was launched in 1946, in order to determine why the birthrate had been falling in the UK since the middle of the 19th century. Researchers ended up gathering data on nearly 14,000 babies. They included almost everyone born in March of that year in England, Wales, and Scotland. Researchers followed participants throughout the course of their lives and still are.

Today, the project is run by the Medical Research Council (MRC) and is known as the National Survey of Health and Development (NSHD). Data collection continues periodically. This is the longest running study on human development in the world, and the process has been repeated with subsequent generations. Other cohort studies took place with children born during 1958, 1970, and 2000-2001. The amount of data collected could fill terabytes of computer space. Of course, that’s the point. Such a large and long-term data set offers unique insights into human life. 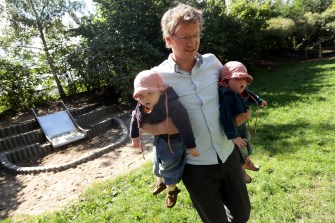 The original longitudinal study has changed over time. When participants were between the ages of two and four, researchers looked at socioeconomic level and its effect on growth, development, and morbidity. Between ages 5-15, researchers included educational records and looked at their academic performance and attainment.

From 16-31, they continued gathering health data but included records of delinquency and educational outcomes in terms of employment, occupation, and income. Lastly, through middle adulthood, ages 32-53, investigators focused on physical and mental health. Original participants were examined a total of 23 times over the course of their lifetime.

Those in the first study turned 70 last year. Over the course of their lives, they’ve given blood, skin, and DNA samples. They’ve taken IQ tests and filled out lengthy questionnaires. As a result of their dedication and researchers’ efforts, life in the UK has improved dramatically. The original study in its initial phase laid bare inequities in the medical treatment among the poor in obstetrics and childhood diseases. This situation vastly improved afterwards.

One of the things the study was supposed to weigh in on was the Nature vs. Nurture debate. How much does being born into poverty for instance, really set a person back? Can we pick ourselves up by our bootstraps or merely mitigate the damage done? 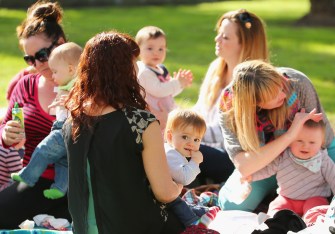 This intergenerational study has touched the lives of almost everyone in Britain. Credit: Getty Images.

Being born into poverty is extremely restrictive, in terms of how far up the ladder one can climb. Something that makes an enormous difference is parenting. Surprisingly, parental attitudes are highly influential to a child’s success, both in school and later on in life. These include whether or not parents believe in a just world and whether they think hard work actually pays off in the end. If the answer to both is yes, their children tend to excel.

Parents are the most important aspect when it comes to childhood cognitive development, education outcomes, and occupational success. Early experiences, particularly in the first few years, are crucial and in a way they set the tone for a child’s life. Throughout a child’s life, parents should remain engaged and interested in them and what they’re doing. The style and kind of parenting a child receives makes a huge difference. Those who talk often with their child, really listen to them, and who are warm and loving toward them, see their offspring perform better and achieve higher scholastic and occupational outcomes.

The study revealed how divided Britain is by class. In the late 1940s, poor mothers were more likely to experience stillbirth than those in other rich nations. Across the board even today, those born into poverty are worse off health-wise and earn less. They are also more likely to become obese, which comes with many subsequent health risks. One worrisome find is that over half of the UK’s millennial generation has been touched by poverty, the latest cohort study finds.

Just like with poverty, serious illness early on in life usually signals poorer health in adulthood. Poverty in and of itself however is a significant determinant in health outcomes. Those who came from a disadvantaged background tended to have a higher BMI in adulthood and often gained weight as they aged. They were also more prone to higher blood pressure, and at greater risk of serious diseases and a shorter lifespan, on average. Those from an underprivileged background didn’t have the same chances to become a healthy adult by age 36, the study found.

Disadvantaged children, specifically those who come from poor or working class backgrounds, are more likely to struggle in school. Poor three year-olds were found to be almost a full year behind better-off peers the same age. Proper parenting however, was shown to help mitigate the damage this might cause and improve a child’s chances of enjoying good health and success. Regular bedtimes resulted in higher grades and better behavior in school. Reading to children everyday was crucial, while children who read for their own pleasure by age 5 showed higher scholastic achievement later on. Parents who taught their children the letters and numbers, took them out to different places such as a museum or a visit with relatives, and gave them novel experiences, had children who were more likely to thrive later on.

Much of this seems like self-evident advice—nurture your children. However the resounding finding across all aspects of life is that economic disparity leaves a permanent scar on people’s wellbeing and future prospects. It’s a reminder for why closing wealth gaps is crucial to so many people, and should be every government’s next moonshot. As economist Jeffrey Sachs says:

“I believe we absolutely should have such bold goals for our country. By 2030 let’s cut the poverty at least by half. By 2030 let’s cut the inequality in our country decisively so it’s like the northern European countries. Not like this god-awful inequality that we have in the United States… that is what’s degrading American society. Not just the technical issues. Not just the rising inequality but this spirit that you’re a winner or you’re a loser. And if you’re a loser get out of the way. That’s Ayn Rand talking. It’s ugly and we’ve had enough of it.”

To learn more about this study, click below or watch the TED talk:

There is no long-term beneficial effect of medication on standardized test scores.
The Well

There are two kinds of suffering. One is pure pain. The other makes life worth living.
▸
6 min
—
with
Paul Bloom
Thinking

In the age of distraction, don’t we all want to read faster and more efficiently?
Up Next
Personal Growth

For thousands of years, all over the world, we’ve told tales of monsters and the undead. Why? Aaron Mahnke, creator of the ‘Lore’ podcast, on the hunger for mystery.