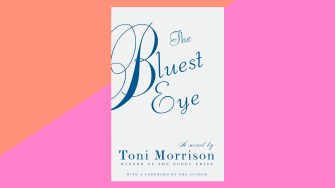 The Bluest Eye by Toni Morrison

Growing up, no book stimulated me more than Morrison’s The Bluest Eye. I was first assigned to read the book in eighth grade and the “why” of the story haunted me. Why was Pecola wishing for blue eyes when she had black ones? Who told her to want blue eyes? Why did she believe them? To this day, I come back to Pecola’s story again and again to unlock whatever meaning I can find. 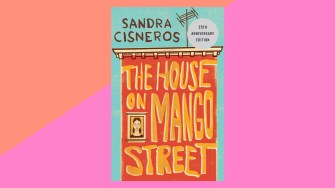 The House on Mango Street by Sandra Cisneros

Reading Toni Morrison and other black writers in childhood challenged me to question and find my place in America; it created a space for me to claim. It also opened the door to other writers of color, specifically Latino authors whose works are often even more marginalized. Sandra Cisneros and her seminal work, The House on Mango Street, is a poignant vignette collection that opens up a whole new perspective on the American landscape. 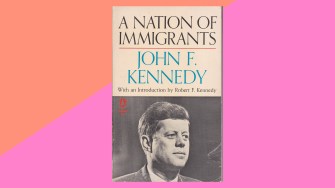 A Nation of Immigrants by President John F. Kennedy

Wherever I go, I carry a copy of President Kennedy’s A Nation of Immigrants, a curious book that he started writing during the 1950s, a curious time in American history. This was the postwar era of Elvis Presley and Marilyn Monroe, when Black Americans were denied their civil rights and immigration to the country was restricted by what Kennedy described as “discriminatory national-racial quotas.” The first time I read this book, I was blown away by the facts surrounding our country’s own immigration history, and still am to this day. 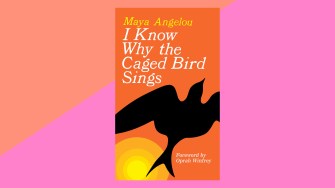 I Know Why the Caged Bird Sings by Maya Angelou

Angelou is one of the many authors that I discovered watching The Oprah Winfrey Show and poring over her book club selections. I was particularly drawn to Angelou because she bore a resemblance to my grandmother — they share the same low and rich timbre of voice. Angelou’s debut memoir is a beloved modern classic; it’s a poetic coming-of-age story about a life lived with grit and grace.

Why American history lives between the cracks

Tags
artglobal issuesimmigrationLiteratureracerefugees
In this article
artglobal issuesimmigrationLiteratureracerefugees
Related
High Culture
The most controversial painting in Russian history
Created in the 1880s, “Ivan the Terrible and His Son Ivan,” which depicts a father murdering his son, divides Russians to this day.
Strange Maps
What’s better than maps or stamps? Maps on stamps!
When maps meet stamps, you get a love child called “cartophilately.”
High Culture
The French art critic who saved Johannes Vermeer from total obscurity
Without Étienne-Joseph-Théophile Thoré, the genius of the Dutch painter Johannes Vermeer would have been lost to time.
The Past
How biologist and artist Ernst Haeckel defrauded and hijacked science
He was also a eugenicist — but at least he could draw pretty pictures.
The Present
Generative AI: The technology of the year for 2022
Even lifelong technologists and AI researchers like myself were genuinely surprised by the speed and impact of generative AI.
Up Next
Innovation
Face-planting your way to success
Todd Yellin, VP of Product Innovation at Netflix, doesn’t suggest that you should try to fail as much as you can. But he does say failures are an inevitable part […]