There are over 1,000 UNESCO World Heritage Sites in places ranging from Afghanistan to Zimbabwe, each with some significant cultural or natural history attached. While many of these places serve as tourist destinations, the World Heritage Sites are designated as such for their cultural, historical, and natural significance. Understanding the significance of over 1,000 areas around the world is far too daunting a task, so here’s just seven of the most unique UNSCO World Heritage Sites. For the most part, this list will avoid mentioning already well-known sites like Machu Pichu and will instead focus on those sites that don’t get as much love. 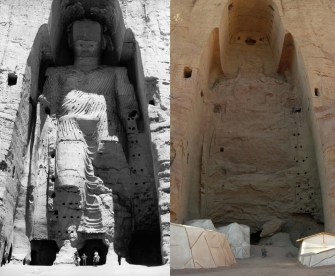 1. The Buddhas of Bamiyan

In Afghanistan’s Bamiyan valley stood two massive Buddha statues, hundreds of feet tall, carved straight into the side of a cliff. The Silk Road cut through Bamiyan, which became an important monastery for Buddhist monks as well as a center of art and philosophy in the ancient world. The monks carved caves throughout the Bamiyan mountains where they lived, and some time between the 3rd and 6th centuries, they carved these massive Buddha statues.

Unfortunately, the Taliban blew up the two Buddha statues in 2001, declaring them to be idols and in protest of funds reserved for the statues’ preservation that could have been used to feed the Afghani population, which was experiencing a famine at the time.

Since then, the various UNESCO member states have gone back and forth on plans to restore the statues. As of this writing, it seems like a restoration will be going ahead in the near future. Even without the Buddha statues, however, the site is still an impressive place, perhaps even more so for its tragic history. Al Khazneh, or “the Treasury” of Petra.

Photo by Andrea Leopardi on Unsplash

Over 11,000 years ago, a people called the Nabataeans settled in a mountain basin in modern-day Jordan in a place we call Petra. Over time, they carved a massive city out from the rose-colored stone of the surrounding mountains. At its peak, the city hosted 20,000 inhabitants.

The city sprawls across the mountain side, half-carved and half-built, covering 102 square miles. Incredibly, archaeologists estimate that 85% of the city still remains buried and unexplored. 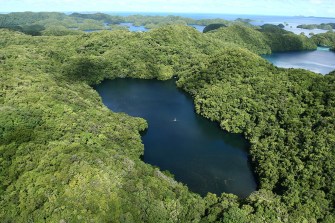 Jellyfish Lake in the Rock Islands of Palau. The lake is so-named because of the diversity of the many jellyfish species that inhabits it.

Located in the island state of Palau, the Rock Islands’ name belies their stunning natural beauty. There are about 300 islands in this archipelago, and the last census conducted in the region put their population at 6.

The islands are the remains of ancient coral reefs and limestone, and while they themselves are quite beautiful, the real treasure lies beneath them, in the waters. The coral reefs and diverse marine life make this spot a mecca for divers. The islands also boast a number of blue holes, marine sinkholes that make for a striking landscape and diving environment. 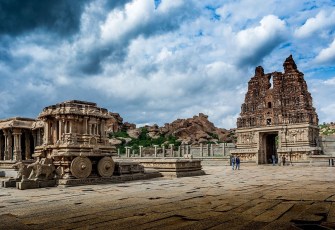 The Vitthala temple of Hampi.

The more-than 1,600 ruins of Hampi are the remains of the Vijayanagara Empire, the last great Hindu kingdom in India. The exact age of the site is difficult to pin down, but the oldest archeological finds date to the 3rd century BCE.

Hampi is primarily known for the incredible architecture used in the design of its many temples, forts, shrines, halls, and complexes. Of particular note is the Vitthala temple and its community hall, which contains 56 stone pillars of varying shapes and sizes that produce musical notes when struck. 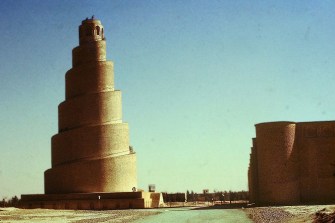 The spiral minaret of Samarra.

Unfortunately, many world heritage sites are located in places with a history of conflict. Samarra can be found in Iraq and was the capital of the Abbasid Caliphate, which existed from the 6th century to the 16th.

Samarra contains a great number of Islamic holy sites, including the Great Mosque of Samarra and its spiraling minaret. Many of these sites became the target of sectarian violence in the mid-2000s, particularly the al-Askari Mosque. In 2006, the mosque’s golden dome was bombed, and in 2007, its minarets were destroyed by al-Qaeada. While Iraq remains a dangerous place to travel to, it has fortunately become much less so in modern times. Hopefully, its cultural history can be preserved. 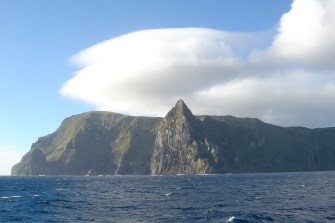 The steep cliffs of Gough and Inaccessible Islands.

Although they tend to attract tourists and sightseers, not all of the UNESCO World Heritage sites are intended to be visited. As the name might suggest, Gough and Inaccessible Islands are famous for being remarkably untouched by humans. As a result, their natural ecosystem is unprecedentedly pristine, making these islands among the most untampered-with places on Earth.

Located in the middle of the Atlantic Ocean, the islands jut out of the water, forming steep cliffs that make them… well, inaccessible. They’re home to several species that breed exclusively on the islands, and owing to their isolation and pristine nature, they’re invaluable to biological research. 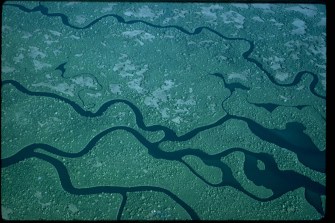 The Everglades from above.

While the Everglades are certainly better known than many of the UNESCO sites on this list, it was included because it may not exist for very long. The Everglades, which have been described as “a sea of grass flowing imperceptibly from the hinterland into the sea,” is an important ecological area with diverse animal life, including crocodiles, wading birds, and the threatened manatee.

UNESCO added the Everglades to its list of World Heritage Sites in Danger in 2010, and for good reason. Poor water management has resulted in the drainage of much of the park as well as high levels of nitrates and mercury. Developers have begun constructing buildings along the park’s borders, often encroaching into the boundaries of the park itself. Invasive species have moved into the area, disrupting the natural balance of the native ecosystem. But the biggest threat is rising sea levels as a result of climate change, which threaten to put most of the park underwater. If you’re hoping to visit the park and experience its rare and unique ecosystem, now’s the time.

Before gunpowder was introduced to the West, medieval Arabs devised grenades using crockery.
Up Next
Hard Science