The Self Is Not an Illusion 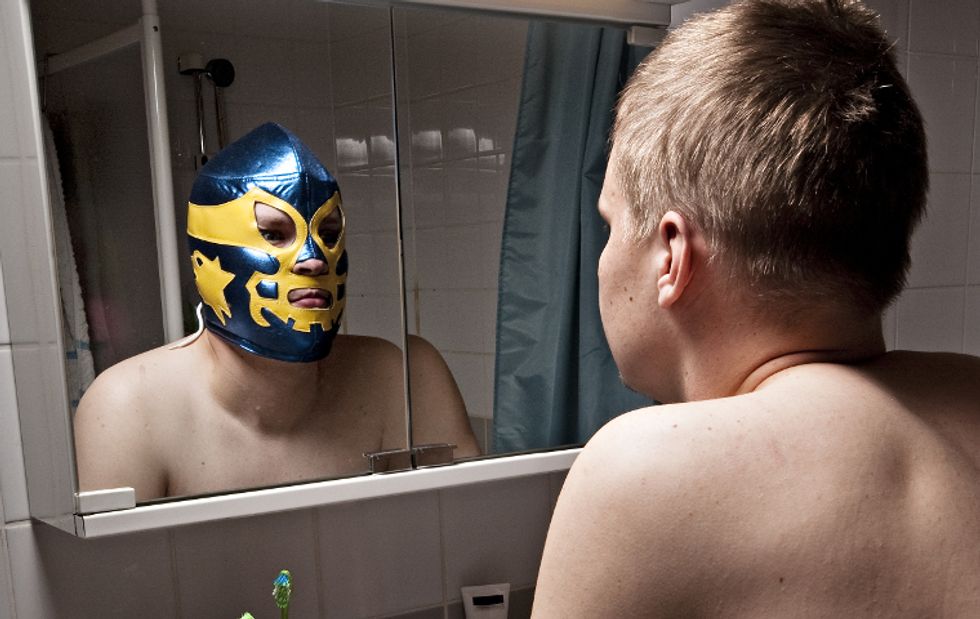 What could it mean to say that the self is an illusion? Here’s Bruce Hood, author of the new book The Self Illusion, in an interview at Sam Harris’ joint:

Most of us have an experience of a self. I certainly have one, and I do not doubt that others do as well – an autonomous individual with a coherent identity and sense of free will. But that experience is an illusion – it does not exist independently of the person having the experience, and it is certainly not what it seems.

Right off, I get red flags. Eliminativism of all sorts -- about morality, consciousness, free will, the self -- is frequently motivated by what I like to call the “fallacy of disappointed expectations.” The heart of the fallacy is to accept at the outset that the nature of the self, for example, is precisely what an extravagantly metaphysical, often religious, account says that it is. Then one observes that there exists little or no evidence in support of that account. One then concludes, having already simply assumed that the self (or free will or consciousness or moral reasons) could not be something less grand, that there is no self (or free will or consciousness or morality). If the self isn’t a hard gem-like flame literally flickering somewhere east of the pancreas, then there is no self! Usually arguments from disappointed expectations are advanced in a spirit of excited, self-congratulation, as if reasoning poorly were the same thing as staring bravely into the abyss.

Everything in this particular case depends on Hood’s account of autonomous individuality, coherent identity, and a sense of free will. I think there are plausible, relatively deflationary, accounts of all these that are neither extravagantly metaphysical nor eliminativist. The experience of these doesn’t conjure up anything especially mysterious. It’s especially notable that the other traditional path to “the self is an illusion” is dogged empiricism. Humean phenomenology and Eastern “mindfulness” practice both lead to careful examination of what we actually experience. If it turns out not to be the sort of thing extravagantly metaphysical accounts of the self seem to suggest we experience, the correct inference to draw cannot be that the self is an illusion. The correct inference to draw is that extravagantly metaphysical accounts of the self are false. The careful inspection of consciousness for signs of a metaphysically extravagant self comes up empty. Our experience of those signs cannot be “illusory” if we don’t actually have them.

Hood goes on to say that “For most of us, the sense of our self is as an integrated individual inhabiting a body.” Is it really? To me the interesting datum is that the harder one looks, the less one finds a sense of integrity. A sense of integrity over time seems more a product of a practical orientation -- of planning, coordinating, and trying to get things done -- and less a product of attention to consciousness. We can go one of two ways with this. We can say that one’s “real” sense of one’s self comes from practical engagement with the physical and social world, and that careful inward attention to one’s own experience supports the idea that our sense of integration when outwardly focused is “illusory.” Or we can say that we don’t actually have a coherent, always-on, experience of the self as integrated, but instead gain a sense of coherence and integration from the stability of our projects and the stability of others’ expectations. At least, that’s what it seems like to me! And I don’t think this sense of integration is illusory. Things are as they seem. Our projects and relationships really do hold us together. The self doesn’t need any spooky metaphysical glue. Doing stuff and social embeddedness will suffice.

Now, it turns out Hood and I mostly agree about the nature of the self, except I think it exists. Our disagreement concerns the nature of illusion. To prime our intuitions about illusion, Hood explains how active the mind can be in filling in and augmenting sense perception. But he doesn’t want to say that perception generally gives rise to illusion:

Now that line of reasoning could be applied to all perception except that not all perception is an illusion. There are real shapes out there in the world and other physical regularities that generate reliable states in the minds of others. The reason that the status of reality cannot be applied to the self, is that it does not exist independently of my brain alone that is having the experience. It may appear to have a consistency of regularity and stability that makes it seem real, but those properties alone do not make it so.

A feature is observer dependent if its very existence depends on the attitudes, thoughts and intentionality of observers, users, creators, designers, buyers, sellers and conscious intentional agents generally. Otherwise it is observer or intentionality independent. Examples of observer dependent features include money, property, marriage and language. Examples of observer independent features of the world include force, mass, gravitational attraction, the chemical bond, and photosynthesis. A rough test for whether a feature is observer independent is whether it could have existed if there had never been any conscious agents in the world. Without conscious agents there would still be force, mass and the chemical bond, but there would not be money, property, marriage or language. This test is only rough, because, of course, consciousness and intentionality themselves are observer independent even though they are the source of all observer dependent features of the world.

My view is that the consistency and regularity of the self at work in a social world is precisely what makes it possible for us to undertake and succeed in finishing projects with one another. That the self exists independently of one’s own mind in the plans and expectations of others is a large part of why we do have a subjective sense of stable coherence, when we do.

[T]he self illusion is probably an inescapable experience we need for interacting with others and the world, and indeed we cannot readily abandon or ignore its influence, but we should be skeptical that each of us is the coherent, integrated entity we assume we are.

How does this differ from “the self exists because it’s indispensable to the human mode of life”? Take away the fallacy of disappointed expectations, and it doesn’t.