Satellite imagery of the Sahara desert presents an arid expanse, the endless rolling dunes we know from movies. The thing is, normal satellite images don’t show individual trees, but that doesn’t necessarily mean they’re not there. Researchers from the University of Copenhagen and NASA taught artificial intelligence about trees and had them take another look. It turns out there is lots of vegetation in the Western Sahara: an estimated 1.8 billion trees and shrubs.

“We were very surprised to see that quite a few trees actually grow in the Sahara Desert, because up until now, most people thought that virtually none existed,” says lead author Martin Brandt of the university’s Department of Geosciences and Natural Resource Management. “We counted hundreds of millions of trees in the desert alone. Doing so wouldn’t have been possible without this technology.”

The research is published in the journal Nature. 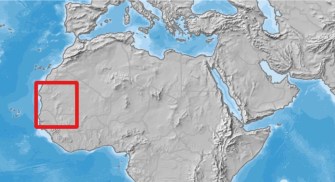 Area in which trees were locatedCredit: University of Copenhagen

As important as trees are in fighting climate change, scientists need to know what trees there are, and where, and the study’s finding represents a significant addition to the global tree inventory.

The vegetation Brandt and his colleagues have identified is in the Western Sahara, a region of about 1.3 million square kilometers that includes the desert, the Sahel, and the sub-humid zones of West Africa.

These trees and shrubs have been left out of previous tabulations of carbon-processing worldwide forests. Says Brandt, “Trees outside of forested areas are usually not included in climate models, and we know very little about their carbon stocks. They are basically a white spot on maps and an unknown component in the global carbon cycle.”

In addition to being valuable climate-change information, the research can help facilitate strategic development of the region in which the vegetation grows due to a greater understanding of local ecosystems. 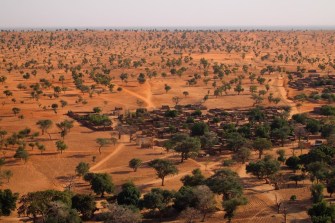 There’s been an assumption that there’s hardly enough vegetation outside of forested areas to be worth counting in areas such as this one. As a result the study represents the first time a significant number of trees — likely in the hundreds of millions when shrubs are subtracted from the overall figure — have been catalogued in the drylands region.

Members of the university’s Department of Computer Science trained a machine-learning module to recognize trees by feeding it thousands of pictures of them. This training left the AI be capable of spotting trees in the tiny details of satellite images supplied by NASA. The task took the AI just hours — it would take a human years to perform an equivalent analysis.

“This technology has enormous potential when it comes to documenting changes on a global scale and ultimately, in contributing towards global climate goals,” says co-author Christian Igel. “It is a motivation for us to develop this type of beneficial artificial intelligence.”

“Indeed,” says Brandt says, “I think it marks the beginning of a new scientific era.”

The researchers hope to further refine their AI to provide a more detailed accounting of the trees it identifies in satellite photos.

The study’s senior author, Rasmus Fensholt, says, “we are also interested in using satellites to determine tree species, as tree types are significant in relation to their value to local populations who use wood resources as part of their livelihoods. Trees and their fruit are consumed by both livestock and humans, and when preserved in the fields, trees have a positive effect on crop yields because they improve the balance of water and nutrients.”

Ahead is an expansion of the team’s tree hunt to a larger area of Africa, with the long-term goal being the creation of a more comprehensive and accurate global database of trees that grow beyond the boundaries of forests.

Tags
Agricultureaibiodiversityclimate changemachine learningsaharatrees
In this article
Agricultureaibiodiversityclimate changemachine learningsaharatrees
Related
Life
How artificial intelligence is helping us decode animal languages
Communication among cetaceans, like whales and dolphins, looks especially promising.
Thinking
Killer robots and the banality of evil
“Lethal autonomous weapon” sounds friendlier than “killer robot.”
The Future
The brief history of artificial intelligence: The world has changed fast – what might be next?
Despite their brief history, computers and AI have fundamentally changed what we see, what we know, and what we do.
The Present
5 creative ways people are using ChatGPT
The AI is helping Twitter users plot movies, design meal plans, and more.
The Future
We gave ChatGPT a college-level microbiology quiz. It blew the quiz away.
ChatGPT’s capabilities are astonishing.
Up Next
The Present
No coding skills? No problem. Build your dream website with POD Studio.
POD Studio helps you design a professional and stunning website in just a few clicks.