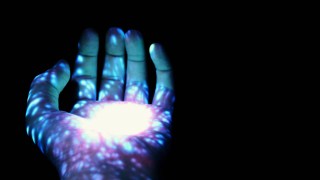 Get paid to be a good human being? That’s the future AI will deliver

A.I. will bring a series of social and financial changes, and it will force us to confront a problem we've been avoiding for much too long, says Joscha Bach.
▸
5 min
—
with
Joscha Bach

To know whether or not we should fear A.I., we first have to understand how it will behave in the world. Cognitive scientist Joscha Bach believes A.I. has the potential to mistreat humans—but no worse than big corporations already do. The future won’t filled with Roombas and anthropomorphized house-help robots, he says, so a physical threat is not the main concern. A.I. will take the form of intelligent systems that operate as corporations, and they will adopt the ethics of whatever company builds them. “If we want to have these systems built in such a way that they treat us nicely you have to start right now. And it seems to be a very hard problem to do so,” Bach says. And yet he appears to be optimistic about society’s other main A.I. fear: job automation. He frames it like this: if a job is you selling the best years of your life to a corporation, automating as many manual tasks as possible is really a release from that contract—but how will we afford to live, and what will we do with our days? Many think Universal Basic Income, but Bach sees it a little differently: mass public employment. Pay people to be good humans: good at teaching and at raising their children. Pay them to be good scientists, good philosophers, good architects and chefs — the things that make us most human. Job automation will also force us to confront one of our most difficult and uncomfortable problems: that we are living in an age of abundance, but fail to distribute resources so that everyone can live a decent life. “It might turn out to be a very good thing if you are forced… to address this problem,” he says. Joscha Bach’s latest book is Principles of Synthetic Intelligence.

Why you don’t have free will: your breakfast food, biology, and culture