The Indianapolis Motor Speedway has hosted thousands of high-speed races since it was constructed in 1909. But none were like the upcoming Indy Autonomous Challenge, in which student teams will develop software for self-driving cars and race them for a chance to win $1.5 million in prizes.

So far, 30 student teams from universities across four continents have entered the competition. Each team will be given the same race car — a modified Dallara IL-15 — and a set of hardware, including sensors and computers.

But students must develop their own self-driving software, including “neural nets, computer vision and other artificial intelligence systems that will allow the cars to race at high speeds,” according to The Wall Street Journal. 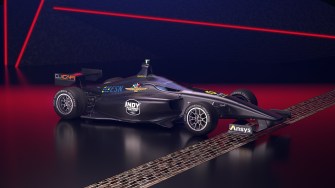 Completing the race in 25 minutes means the cars will need to average about 110 miles per hour. So, while the race may end up being a bit slower than a typical Indy 500 competition, in which winners average speeds of over 160 mph, it’s still set to be the fastest autonomous race featuring full-size cars.

“There is no human redundancy there,” Matt Peak, managing director for Energy Systems Network, a nonprofit that develops technology for the automation and energy sectors, told the Pittsburgh Post-Gazette. “Either your car makes this happen or smash into the wall you go.” 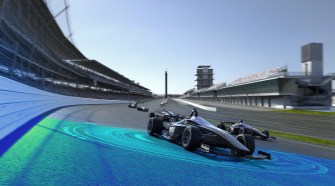 The Indy Autonomous Challenge describes itself as a “past-the-post” competition, which “refers to a binary, objective, measurable performance rather than a subjective evaluation, judgement, or recognition.”

This competition design was inspired by the 2004 DARPA Grand Challenge, which tasked teams with developing driverless cars and sending them along a 150-mile route in Southern California for a chance to win $1 million. But that prize went unclaimed, because within a few hours after starting, all the vehicles had suffered some kind of critical failure.

One factor that could prevent a similar outcome in the upcoming race is the ability to test-run cars on a virtual racetrack. The simulation software company Ansys Inc. has already developed a model of the Indianapolis Motor Speedway on which teams will test their algorithms as part of a series of qualifying rounds.

“We can create, with physics, multiple real-life scenarios that are reflective of the real world,” Ansys President Ajei Gopal told The Wall Street Journal. “We can use that to train the AI, so it starts to come up to speed.”

Still, the race could reveal that self-driving cars aren’t quite ready to race at speeds of over 110 mph. After all, regular self-driving cars already face enough logistical and technical roadblocks, including crumbling infrastructure, communication issues and the fateful moral decisions driverless cars will have to make in split seconds.

But the Indy Autonomous Challenge says its main goal is to advance the industry, by challenging “students around the world to imagine, invent, and prove a new generation of automated vehicle (AV) software and inspire the next generation of STEM talent.”

It is often assumed that AI will become so advanced that the technology will be able to do anything. In reality, there are limits.
The Future

Finally, a sex robot that wants to be your friend

The AI remembers that you are 32 years old and like to eat sushi, except on Thursdays.
The Present

GPT-3, which features 175 billion parameters, just might fool you in a conversation.
The Future

The metaverse has the potential to be revolutionary, for both good and bad. Here is how we can maximize the former and prevent the latter.
Up Next
Health