Last year Uber promised flying taxis in several cities by 2020. But the company will be relying on variety of partners to provide the actual vehicles and systems required to have a working flying taxi service in a city.

One such partner is Bell Helicopter who has just premiered its electric, self-piloting air taxi design at the Consumer Electronics Show (CES) in Las Vegas. The company is not revealing the full design yet, keeping the propulsion system a secret but it has shown the cabin. 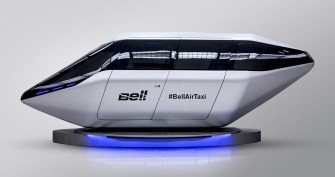 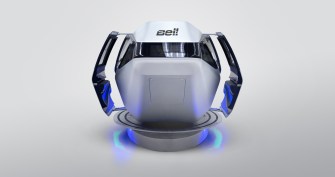 The luxurious four seater features a fully integrated user experience control center, where passengers can catch up on world news, hold a video conference call, share documents with other passengers, watch traffic updates in real time or just unplug for a while. 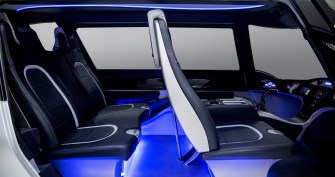 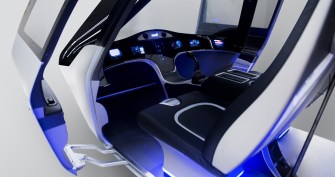 “Bell Helicopter is innovating at the limits of vertical flight and challenging the traditional notion of aviation to solve real-world problems. The future of urban air taxi is closer than many people realize. We believe in the positive impact our design will have on addressing transportation concerns in cities worldwide.”

Meanwhile, at least 19 companies are also working on flying taxis. Amongst them are big names like Airbus and Boeing (who have just completed initial flight tests of an electric unmanned cargo aerial vehicle prototype), as well as small startups like Kitty Hawk, owned by Google founder Larry Page.

There are still lots of issues that need to be tackled before we can have full-blown urban flying taxi services. Some of them include security, air traffic control, noise, and appropriate routes. But big cities, together with regulators and manufacturers are getting on board to facilitate the process.

Dallas-Fort Worth, Dubai and LA are the first three cities where Uber plans to launch a pilot service by 2020. Uber has signed a Space Act Agreement with NASA to create a brand-new air traffic control system. Dubai’s Road and Transport Authority (RTA) hopes that airborne taxi services will make up a quarter of all transport in the city by 2030 and Singapore is also investing in flying, driverless drones.

While there will surely be hurdles on the road to commonplace flying taxi services in cities, given the constantly rising traffic problems in urban areas (the average LA commuter spends about 100 hours in traffic per year), flying cars and taxis seem to only be a matter of time.

Are Yellow or Blue Taxis Safer? Scientists Crunch the Data

If you want to get from A to B more safely, be a little more choosy at the cab rank.
Up Next
Starts With A Bang

Are Cloaking Devices Coming? Metalens-Shaped Light May Lead The Way

Combining nanotechnology of two different varieties might be the game-changer we’ve always dreamed of.For as long as human beings have been writing about fantasy, myth, and science fiction, the dream of […]