At the beginning of August of this year, a uniquely modern legal battled spilled out into the public consciousness.

Cody Wilson, a 30-year-old Texan and the director of Defense Distributed, was poised to re-release the blueprints for a 3D printed gun. In response, gun rights activists sprang into action, and legal stalwarts supporting their cause challenged the legality of the blueprints in court. Before the plans could be released, a federal judge blocked their distribution as lawyers, lawmakers, and interested individuals stopped to weigh out the consequences of making this type of information readily available for anyone to download on the internet.

Ultimately, Cody Wilson’s mission was about more than gun rights. Although he’s legally barred from releasing the blueprints, he’s fighting back in the courts. However, his legal argument isn’t about the Second Amendment of the U.S. Constitution, which grants citizens the right to “keep and bear arms.” Instead, his primary legal argument is based on the First Amendment, which protects freedom of speech.

According to Mr. Wilson’s legal defense, the instructions for printing 3D weapons represent the release of information, which he contends should be allowed as a byproduct of freedom of speech.

This argument gets to the root of Mr. Wilson’s motivation for making these blueprints available. He’s a crypto-anarchist, someone who believes that information shouldn’t be consolidated in the hands of a few but rather readily available to everyone. In the digital age, this means using the internet to decentralize data for anyone who wants it. It’s a movement that subverts censorship norms, making more information available to more people, but it also unmoors decades of societal norms and questions the efficacy of the governmental systems that support society.

In short, it’s a complicated movement both in its practice and in its ethics. 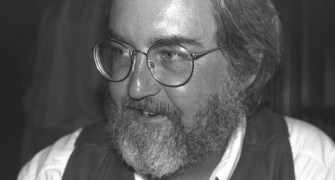 The origins & values of crypto-anarchy

Despite the modernist ethos imbued in its name, crypto anarchy actually began in 1988 with Timothy C. May’s “Crypto Anarchist Manifesto,” which outlines the premise ofcrypto anarchy. In general, the movement is about two principles: freedom of information and anonymity.

To some extent, the crypto anarchist’s pursuit of free access to information is grounded in data. Decades of government corruption and limited access to information created a hunger for the “real story.” This sentiment allowed people like Julian Assange to launch Wikileaks, a website that publishes sensitive government records often attained by hackers. Moreover, Edward Snowden, who stole a treasure trove of U.S. government secrets that he subsequently published, among other places, on Wikileaks, is counted among the crypto anarchist’s rank and file.

This mission to free up access to information is one of the most essential values of a crypto-anarchist.

In a statement by the Cryptoanarchy Institute, the organization described ethos driving the movement: “The main motive for us is the belief that censorship is not a phenomenon only in ‘the distant dictatorial world’. States and their security agencies globally control access to information and use the protection of intellectual property as an excuse to apply total censorship to control the available resources.”

However, crypto anarchy is also about much more freeing data. On the internet, anyone can interact in a p2p manner, making direct monetary transactions or exchanging goods and services without the help of an intermediary. Parallel Polis, a hacking collective based in Prague, colloquially describes this phenomenon as being “Ubered,” the transformation of an established industry into a p2p sector facilitated by an app.

According toThe Guardian, “The conclusion at Parallel Polis – and indeed in Silicon Valley – is that any industry that takes a cut of a deal between two people or holds fixed assets that can be provided informally will be soon ‘Ubered’ because smartphones link buyers and sellers directly.”

Obviously, these principles are best achievedusing digital technology. According to May’s founding document, “Computer technology is on the verge of providing the ability for individuals and groups to communicate and interact with each other in a totally anonymous manner.”

Of course, today we recognize that May’s futuristic claims are a present reality, and crypto anarchy is observable in blockchain’s decentralized ecosystem, the prevalence of anonymous digital currencies like Bitcoin, and the broad availability of competent computing equipment.

The tools for crypto anarchy are readily available, but that doesn’t mean their movement is unquestionably positive. In fact, many people have significant reservations about its benefits.

c/o The Art of Not Being Governed

The ethics of the movement

At its core, and it should be evident from the name, the movement is disruptive. Information like Cody Wilson’s 3D gun blueprints or Edward Snowden’s government secrets aren’t without consequence, and it can bedifficult to discern if those consequences are good.

For instance, while the pursuit of free information sounds noble, many question the wisdom of making printable guns available to anyone or in other words, just because it’s possible to disseminate information doesn’t mean that the information should be shared.

On a broader scale, crypto anarchy assumes that it will upend the social order, including the construct of government. As May wrote in his manifesto: “The State will, of course, try to slow or halt the spread of this technology, citing national security concerns, use of the technology by drug dealers and tax evaders, and fears of societal disintegration.”

Indeed, it’s easy to read May’s statement as a prophetic statement about blockchain technology and cryptocurrencies, which undermine the centralized control of governments and redact their ability to maintain and monitor the monetary system.

By most accounts, the benefits of crypto anarchy are in the eye of the beholder. Its more strident advocates see it as the inevitable next frontier of society. Moreover, many believe that it will empower more people to live richer, more informed lives. Meanwhile, others fear the disorder that can arise from the work of crypto-anarchists.

May claimed that we had little to lose from pursuing crypto anarchy. However, it may be more accurate to assert that we don’t have any other choice.

Collective illusions — false assumptions about society that many people share — have existed for thousands of years in many different ways. Today, because of social media and modern technology, […]
▸
32 min
—
with
Todd Rose
Up Next
Surprising Science

How fast does death travel on a cellular level?

The speed of death isn’t as instantaneous as you may think.