It’s been 20 years since the first smartphone and a decade since the first iPhone. If Moore’s Law holds true and computers continue doubling capacity every 18 months, which is debatable, smartphones will only get more powerful and versatile, and further lodged into our lives. Even so, sales have leveled off, recently. Analysts say this might be because designs, battery life, camera strength, and other hardware, have become more or less the same, across the board. Apps and services are what have been taking off. So what’s going to make us fall in love with smartphones again?

The next exciting thing is augmented reality. You could view a place you are visiting, a tourist city, through an app on your phone, pull up an overlay, and instantly find out what restaurants, attractions, or accommodations are in the area. This is also set to disrupt the gaming space, in the wake of the Pokémon Go craze. You won’t have to play on a small screen. Flexible screens will soon fold out of phones, making them much bigger. While eye-tracking sensors will help make game play and movie viewing a much smoother experience.

Another option coming soon is a built-in projector, a better way to watch Netflix from your phone. Beyond that, 3D and hologram features will likely change the way we watch movies or show pictures to our friends. Phones will have multiple cameras and allow us to take 3D, 360º photos. Strap on a VR headset, attach it to your phone, and you can marvel at your handiwork. Past that, we’ll have the same photo pop out of the screen itself, as a hologram. A startup called Laya-3D is already developing this technology, according to the Wall St. Journal.

Wireless charging will soon be available. Some analysts say that’ll occur by the end of this year or beginning of next. It’ll be just like Wi-Fi. Walk into a place that has it, and your phone automatically starts charging. Don’t be fooled, this is a Nikola Tesla idea over a century old. 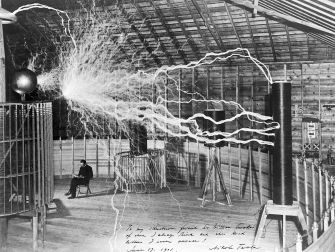 Are you getting cramps from texting? Future phones will incorporate voice control, gesture, and other touch-free options. Put your finger to your lips and you can “shush,” or mute a video. Wave your hand over the screen and you’ll flip through songs or pictures. Use another gesture to select one. You can also give it your own commands. For instance, you can have it start a certain app by making a circle with your finger.

Imbedded sensors will incorporate other devices, creating an “internet of things.” So you can use your phone as a TV remote, see what’s in the fridge, get an alert that the washing machine is done, a text from your car about a needed repair, or check with your bathroom scale, to see how your weight has changed over time. This won’t just work in the home. It’ll tell you who everyone is at a party, or a work function. Just point your phone at the right person and it’ll say who they are and divulge other, relevant information.

For those with health conditions, sensors can help monitor blood sugar in diabetics, blood pressure in those with hypertension, and much more. It could even contact help, should something happen. The smartphone will become less of a device and more of a nerve center for our lives, online and off.

That’s all within the next few years. What comes after that? First off, the following phase is predicted to be a decade or so away. As it stands, Google, Facebook, and Microsoft are all working on the next big leap, 3D augmented reality headsets. These will beam the feed directly into your eyes.

In addition, advances in AI mean we will be relying more on virtual personal assistants (VPAs), like Siri or Alexa. Interactions between VPAs and users is expected to grow 20% by 2019. Eventually, these will be 3D projected holograms, able to hold entire conversations and offer services and information at an impressive scale. 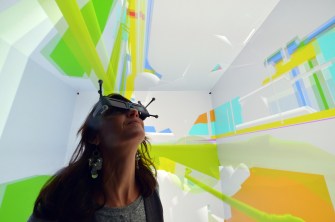 Kipman is a Microsoft technical fellow. He’s also the inventor of the company’s HoloLens augmented reality headset. Kipman told Business Insider that he believes augmented reality will replace our smartphone, TV, and computer. In the short-term, AR and VR headsets are expected to grow to 76 million units globally, by 2020. Consider lightweight glasses that automatically give you the information or entertainment you want, at any given time, without pressing a button.

One’s senses, hearing and sight, will all be integrated into the system. What would an overlay to your entire life be like? The inventor says it’ll give you information and recommendations instantly, in real time, without even having to “browse” for them. The goal is to integrate the virtual world and the real one seamlessly.

What happens is someone hacks your headset? Would it steer you toward certain choices? And what does it mean for democracy if people are ever more enclosed in their opinion bubble, further insulated from differing points of view? The CEO of the company which makes Pokémon Go, John Hanke, said VR might destroy society by being “too good.” He fears it’ll isolate us from one another and from nature. Still, there’s no sense that the trajectory of this tech has in any way slowed, as a result.

Decades beyond that, neural links, like Elon Musk’s “neural lace,” are expected to connect your brain directly to a computer. Musk has co-founded a company called Neuralink, to make this a reality. They’re in the very early stages right now. This would be a brain implant.

Many believe that’s where we’ll end up, a bionic race. Soon the singularity is thought to occur, according to futurist Ray Kurzweil and others, which is when AI becomes smart enough to program itself, freeing it from the reins of human programmers. Musk and others say we’ll need to integrate with computers just to keep up.

Graphene May Be the Key to Drinkable Ocean Water