Wealth and income inequality in the United States have been getting a lot of attention of late. A few months ago, a viral YouTube video showed that the top 1 percent of Americans now control 40 percent of the nation’s wealth. Earlier this year, a study suggested a link between wealth and longevity: the more money you have, the more years you’re likely to enjoy on earth. And this graph shows how warped the American income distribution is: 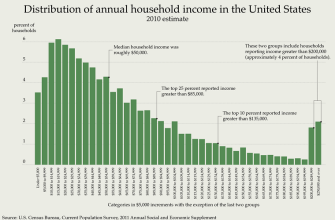 No matter how extreme the inequalities, defenders of plutocracy can always be counted on to offer justifications for the status quo. The upshot of most of these arguments is this: people deserve what they have and it is unfair for the government to take it away. The more talented, the harder working, the more industrious, the more tenacious among us justifiably wind up with millions while others make do with less, or with next to nothing. And the rich-poor gap, its apologists tell us, is good for those at the tail end of the distribution: the lower income brackets will benefit from the industriousness of the wealthy by being employed by them, by enjoying cheaper, better products, by sailing in a tide that lifts all boats. As long as markets are kept open and all are left free to pursue their dreams, every child in America will have a legitimate shot at living a secure and successful life. Or so the story goes.

But sociological research in the past few years has amassed a mountain of countervailing evidence. Yes, some people defy the odds and rise from rags to riches — and others sink from the heights of their noble birth to poverty. But for the most part, your chances of success in life are a function of the circumstances of your birth. So say the editors of a recent book, From Parents to Children: The Intergenerational Transmission of Advantage. As inequalities have grown in the past thirty years, “the differences in the capacities of rich and poor families to invest in their children also have become more unequal”:

In the American Prospect, Chuck Collins illustrates this trend through the trajectories of four (presumably hypothetical) 21-year-olds with varying levels of family wealth and educational attainment. Miranda is Collins’s exemplar of a young woman “born on third base”: she will graduate from college debt-free thanks to her parents footing the bill, build her resume with unpaid internships (landed through family connections) and receive help putting a down payment on her first home. She’s in good shape. By contrast, Marcus, Cordelia and Tony will graduate college with huge debt and little work experience or put off college until later in their 20s, when their career prospects are dimmer and various financial challenges consume their meager-to-moderate financial resources.

So some youngsters’ life prospects are bright while fellow citizens of similar or superior talent and motivation are, at best, middling. This is an old story. What’s new is the size of the gap, the degree of influence family wealth has on the life prospects of children. As Sean F. Reardon writes in “No Rich Child Left Behind,” an Opinionator post at the New York Times, college completion rates and test scores are startlingly related to the financial standing of a child’s parents. The test score gap has grown by 40 percent in the last three decades:

In the 1980s, on an 800-point SAT-type test scale, the average difference in test scores between two such children would have been about 90 points; today it is 125 points. This is almost twice as large as the 70-point test score gap between white and black children. Family income is now a better predictor of children’s success in school than race.

The same holds true when we examine markers of success in higher education. The percentage of children of rich parents earning college degrees has risen 18 percent in the past two decades, Reardon writes, while children of the poor have seen only a 4 percent improvement. In 2004, 15 percent of high-income students went to elite colleges, while only 5 percent of middle-class and 2 percent of poor students did.

This is the problem of rich kids. But what to do? We can criticize parents who enlist a platoon of tutors to custom-build their children’s minds for hundreds of dollars an hour, but we probably don’t want to ban this kind of thing. And we can hardly blame financially well-off families for giving their children the support and attention they need to thrive. We could, Harrison Bergeron style, penalize parents who spend too much time reading with their kids or taking them to museums, but there are probably public policies that would draw more support.

There are many plausible ways to close the income and wealth gaps, including an increase in top income tax rates and estate taxes. But the best suggestion on offer today is to widen access to quality pre-school education. President Obama made the expansion of universal pre-kindergarten a central note of his State of the Union address this year. Democratic hopefuls for mayor of New York City are sounding similar themes. Bill de Blasio wants to increase the city’s pre-kindergarten offerings and plans to send thousands more 4-year-olds to school with a special tax on New Yorkers earning over $500,000. At a mayoral forum in May, rival John Liu upped the ante with a promise to provide public pre-school for 3-year-olds. These proposals are expensive, but the data shows how reliably early childhood education predicts success down the road.

And it’s not just about future benefits: a good pre-K class, like the one my daughter has been lucky to be in this year, offers a venue for enriching activities like imaginative play, music and art, neighborhood journeys, scientific investigations and choice time that the newly academic regime of public-school Kindergarten sadly relegates to the back burner. By taking a bit more from the wealthy and expanding access to pre-school, the opportunity gap could be narrowed and prospects for poor and middle-class kids could be significantly enhanced.

Wizbang innovations capture the public’s imagination, but thoughtful, incremental development is often more valuable to those in need.

We don’t know when or how music was originally invented, but we can now track its evolution across space and time thanks to the Global Jukebox.
Starts With A Bang

We thought the Big Bang started it all. Then we realized that something else came before, and it erased everything that existed prior.
Up Next

Despite knowing the full-colored truth, I’ve always pictured the 1930s and 1940s in black and white. Laura,The Big Sleep, The Killers, Shadow of a Doubt, and countless other examples of […]