Economics is really more of an art than a science. But a downturn has an enormous impact on people’s lives. At the end of the Great Recession, 2.5 million US businesses had shut their doors and nearly 4 million homes were foreclosed on. As a result, economists have been under increasing pressure to accurately predict exactly where the economy is going, and when a downturn might strike. In recent years, they’ve begun diversifying what indexes they use, to give us a better picture of where things are headed.

Some are sober and unexciting things like manufacturing figures. Others are more left field. Consider Alan Greenspan’s remark that men’s underwear sales drop just before a recession or the quizzical “lipstick index,” which is no longer considered reliable. Although we have several predictors in place, almost no one saw the Great Recession coming, until it was too late. And in such cases, the lone wolf who issues a dire warning is often ignored. Now, researchers may have found a fairly accurate predictor, the conception rate.

Three US economists: Kasey Buckles, Daniel Hungerman, and Steven Lugauer, examined the conception rate in the US between 1989 and 2016, to see if there was any correlation between it and a recession. This large chunk of time included more than 100 million births. What the economists found was that the conception rate consistently drops before a recession is about to hit. Their working paper was published recently by the National Bureau of Economic Research (NBER). 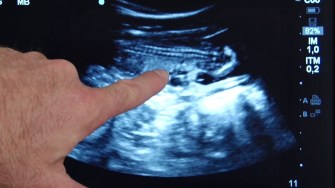 Unlike the “lipstick index,” the conception rate seems an accurate indicator of the economy’s health. Credit: Getty Images.

It’s true that the birthrate has been considered before. What Buckles, Hungerman, and Lungauer actually looked at was the conception rate—the decision to have a baby. The economists examined clinical estimates for conception from the National Center for Health Statistics, and crossed-referenced them with GDP figures and recession dates—as reported by the NBER. They also focused on months rather than years. What they found was remarkable. The last three economic downturns in the US saw the rate of conception fall several months (or quarters) before a recession hit.

Raising a middle-class child in the US to the age of 17 costs around $235,000, according to a 2012 USDA report. That’s not including putting them through college, which could raise the cost to almost $1 million. Because of this, people are really careful about having children. They take great pains to evaluate their financial situation before deciding to start a family, or add another child to their brood.

At the opening of 2008, unemployment was low and stocks were hitting record highs. A 2007 poll among business executives found that most were hopeful about the future, even as the shift had already begun. With the usual indicators showing positive signs, no one could’ve guessed that the subprime mortgage crisis would ultimately sink Lehman Brothers and stick us in a quagmire that’s taken years to climb out of. If only economists would’ve noticed that the conception rate dropped a whopping 4% in 2007, we could’ve been better prepared. Seems however that many people were already sensing a downturn and acted accordingly, according to these economists. 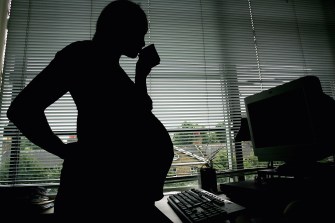 Future economic forecasts are likely to include the conception rate. But how will this data be collected? Credit: Getty Images.

“The nature of each recession has differed and so what conversation goes on at the kitchen table might be different,” Hungerman told the BBC, “but I do think that people talk about the future when they try to have a baby and in aggregate they seem to do a good job thinking about it.” He said he and colleagues were shocked at the correlation, but more so that no one else had discovered it.

This metric might be pretty accurate in determining the severity of recessions as well, although it’s too soon to tell. The conception rate dropped much more precipitously before the last recession, than it had for before the prior two, in the early 2000s and the early 1990s. As with the most recent, the latter two recessions showed no drop in housing prices before they hit. So how can we use the conception rate as an indicator, without trampling on people’s privacy?

Suggested options include monitoring internet search data, such as searches for conception or pregnancy advice, fertility information, or due date calculators. Another is tracking purchases for things like pregnancy tests. The period after the Great Recession has shown a lag-time in conception, what these economists call a “baby-less recovery.” But with unemployment exceedingly low and other positive signs, it’s likely we’ll soon see an uptick in the conception rate.

To learn about the now debunked “lipstick index,” click here.

Related
Starts With A Bang
The good reasons scientists are so hostile to new ideas
Many people out there, including scientists, claim to have discovered a series of game-changing revolutions. Here’s why we don’t buy it.
The Present
Climate change is altering the chemistry of wine
Smoke taint from wildfires is gross, even to wine amateurs.
13.8
Could a hidden variable explain the weirdness of quantum physics?
We have searched and searched but have never found one.
The Past
The Wild West was lawless and chaotic — and the police helped keep it that way
Lawmen and outlaws were often the same people.
Thinking
6 great philosophers and how they used their political power
Most philosophers merely contemplate the world, but what about the ones who actually tried to change it?
Up Next
Politics & Current Affairs
Presidential affairs: How have allegations of sexual impropriety affected American politics?
When you look at the history of it, a strange pattern emerges.