The Facebook co-founder and currently embattled chairman and CEO of the company is testifying before Congress this week about the data mining and election-related advertising that Russian and other companies used, starting long before 2016.

The full remarks are being made available now, ahead of his testimony. 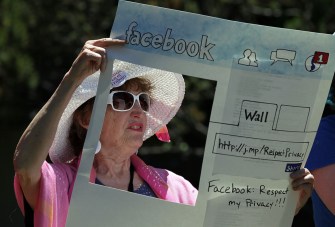 The list of companies that paid Facebook for user data and advertising directed at those users and others continues to grow. Cambridge Analytica is the most well-known of the bunch but there are lots more. And still more.

In a somewhat refreshing tone given the “don’t blame me” one that comes out of Washington lately, Zuckerberg is expected to apologize again for Facebook’s various transgressions. “We didn’t take a broad enough view of our responsibility, and that was a big mistake. It was my mistake, and I’m sorry. I started Facebook, I run it, and I’m responsible for what happens here.”

Chairman Walden, Ranking Member Pallone, and Members of the Committee,

We face a number of important issues around privacy, safety, and democracy, and you will rightfully have some hard questions for me to answer. Before I talk about the steps we’re taking to address them, I want to talk about how we got here. Facebook is an idealistic and optimistic company. For most of our existence, we focused on all the good that connecting people can bring. As Facebook has grown, people everywhere have gotten a powerful new tool to stay connected to the people they love, make their voices heard, and build communities and businesses. Just recently, we’ve seen the #metoo movement and the March for Our Lives, organized, at least in part, on Facebook. After Hurricane Harvey, people raised more than $20 million for relief. And more than 70 million small businesses now use Facebook to grow and create jobs. But it’s clear now that we didn’t do enough to prevent these tools from being used for harm as well. That goes for fake news, foreign interference in elections, and hate speech, as well as developers and data privacy. We didn’t take a broad enough view of our responsibility, and that was a big mistake. It was my mistake, and I’m sorry. I started Facebook, I run it, and I’m responsible for what happens here. So now we have to go through every part of our relationship with people and make sure we’re taking a broad enough view of our responsibility. It’s not enough to just connect people, we have to make sure those connections are positive. It’s not enough to just give people a voice, we have to make sure people aren’t using it to hurt people or spread misinformation. It’s not enough to give people control of their information, we have to make sure developers they’ve given it to are protecting it too. Across the board, we have a responsibility to not just build tools, but to make sure those tools are used for good. It will take some time to work through all of the changes we need to make, but I’m committed to getting it right. That includes improving the way we protect people’s information and safeguard elections around the world. Here are a few key things we’re doing:

The rest can be read here.

The company is also taking steps to ensure that “large” pages and those that take out political ads in the U.S. are actually owned by people living in the United States. It will do so via verification that involves both submitting a government-issued ID such as a passport, and via postcards sent to the addresses of the owners of those pages. 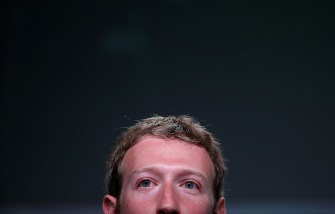 One of the most recently exposed large pages that has a lot of attention in the lead-up to Zuckerberg’s testimony is a page claiming to be representative of Black Lives Matter but owned by a middle-aged white man in Australia, which amassed 700,000 likes and sought donations based on claiming who they were; over $100,000 was raised, with some of those donations actually given to support Black Lives Matter, while some were transferred to an Australian bank account. Womp womp.

Lastly, with very stringent privacy laws being enacted in Germany 45 days from now, Facebook is actually going to consider implementing the same procedures on a worldwide scale.

Any way you slice it, Facebook will be facing increasing scrutiny, especially as the 2018 mid-term elections happen. I suspect it will weather this storm and make it out the other side stronger for it… unless the privacy scandals continue to build, in which case, it’ll still be getting buffeted in the public’s eye until it makes some more serious changes.

Related
13.8
What kind of intelligence is artificial intelligence?
The initial goal of AI was to create machines that think like humans. But that is not what happened at all.
The Present
What’s effective altruism? A philosopher explains
Some effective altruists “earn to give” — they make as much money as they can and then donate most of it to charities.
Sponsored
How to avoid family fights about money
No family is immune to money conflicts, no matter how much they love each other. Here’s what to look out for.
L&D strategy
Best practices for a needs analysis [Templates included]
Conducting a thorough needs analysis requires care, curiosity, and open-mindedness.
Neuropsych
Memory and the benefits of forgetting
Forgetfulness isn’t always a “glitch” in our memories; it can be a tool to help us make sense of the present and plan for the future.
Up Next
Surprising Science
For thousands of years, humans slept in two shifts. Should we do it again?
Researchers believe that the practice of sleeping through the whole night didn’t really take hold until just a few hundred years ago.