You might soon be travelling without a passport – this is how

Fingerprinting and facial recognition may lead the way in air travel.

The future of air travel is… paperless. Or will be, under an initiative introduced by the World Economic Forum.


The Known Traveller Digital Identity (KTDI) programme will allow people to fly document-free between international destinations. Testing for the scheme is underway, and passengers enrolled in the pilot project will be able to travel between Canada and the Netherlands using their mobile phone instead of a passport.

Globally, the air travel system is under pressure as rising passenger numbers outstrip growth in airport capacity. KTDI aims to speed up the flow of passengers through airports and reduce the risk of cross-border identity fraud.

"By 2030, international air arrivals are expected to reach 1.8 billion passengers, up 50% from 2016. Under today's systems, airports cannot keep up with this growth," says Christoph Wolff, Head of Mobility at the World Economic Forum. "This project offers a solution. By using an interoperable digital identity and other KTDI technologies we are offering travellers a holistic answer to secure and seamless travel. This will shape the future of aviation and security."

Go with the flow

Passengers arriving at participating airports will already have their identity data encrypted and stored on their mobile phone, instead of on a passport microchip.

Relevant information is sent to airlines, border authorities and others before passengers reach the airport. Individual consent is needed each time data is sent, which gives travellers more control over their personal data than the existing passport system.

Using biometric technology – such as fingerprinting or facial recognition – passengers can enjoy seamless, and paperless, transit through departures, onto their flight and on arrival at their destination.

Trials of the KTDI programme will run throughout 2019, with the first digitally documented end-to-end journey expected to take place in 2020.

Speeding the flow of passengers through the world's airports could ease the pressure on an industry facing rapid growth in the coming years. 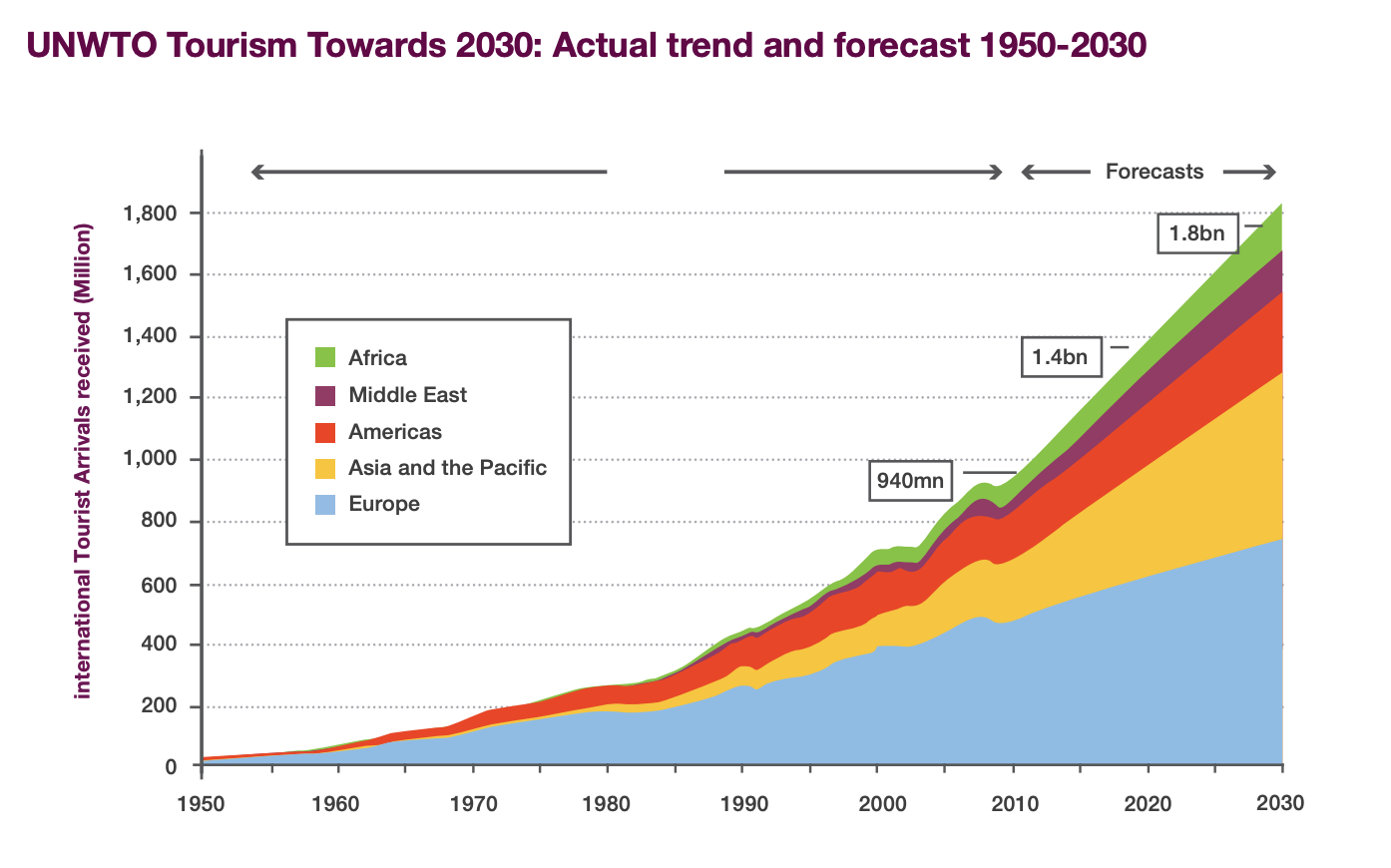 As the above chart shows, the number of international tourist arrivals is set to boom over the next decade.

Growth is set to be strongest in the emerging economies of Asia, Latin America, Africa and the Middle East, accounting for 57% of all international arrivals in 2030.

The KTDI programme could help the aviation industry cope with this increase in passenger numbers. But adopting paperless travel on a global scale will not be without its challenges.

Success will rest upon cooperation between world governments, technology providers, the aviation industry, border authorities and others, to establish global security and data protection standards for all stakeholders to comply with.

The pilot scheme represents a unique collaborative effort between stakeholders in Canada and the Netherlands, which could become a model for others to follow and change the way air travel operates.