There are many differences between the United States and Iceland. One is a massive global superpower; the other is an itty-bitty Nordic state. One stretches across a continent; the other exists on a tiny volcanic island. One is famous for shaping the historical progress of the 21st century; the other produced Björk.

One has put 26bankers behind bars for their roles in the 2008 financial collapse. The other hasn’t prosecuted a single one. Can you guess which is which?

Of Banksters and Men

In 2001, the Republic of Iceland decided to follow the lead of the United States and deregulated its financial sector. Because bankers are apparently wankers, a half-decade of market manipulation and improper dealings led to the most catastrophic economic meltdown in the small island nation’s history. You might recall a similar thing happened here in the States.

Below, Icelandic President and super-cool Big Think expert Ólafur Ragnar Grímsson explains how his country dealt with its failed economy:

“When the financial crisis, hit we suffered in a traumatic way. We were for a while, perhaps exhibit number one of a failed financial system … But then when we had to formulate policies how to deal with the financial crisis, we decided, in one way or another, to follow a different formula than from the traditional consensus in the previous 30 years of how you deal with a financial crisis. We did not save the banks; we let them go bankrupt.”

Rather than rolling out an Icelandic version of TARP or introducing the sort of austerity measures that failed in the UK, Grímsson’s government took control of the economy and introduced currency controls that righted the ship. They put forth referendums to allow the people to decide how Iceland should handle the banks’ incurred debts. Iceland was the only European country in which the will of the people was prioritized over the “perceived interests of the markets,” according to Grímsson. 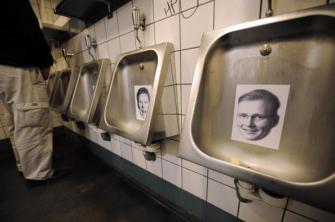 No Hard Feelings? Not Quite.

Iceland’s impressive rebound doesn’t mean its citizens have eased their wariness. As mentioned above, and reported by independent journalist James Woods, the country is still going after the bankers who got them into this mess. According to Woods, a total of 26 have been sentenced a combined 74 years in prison for contributions to the financial crisis. The specific charges are “market manipulation, embezzlement, and breach of fiduciary duties.” (Woods notes that the maximum sentence for these types of crimes is six years.)

Meanwhile, in the United States:

“Not one single banking executive has been charged with a crime related to the 2008 crash and U.S. banks are raking in more than $160 billion in annual profits with little to no regulation in place to avoid another financial catastrophe.”

Read more at US Uncut.

For more on the economics of incentives, we recommend watching our videos featuring Freakonomics’ Stephen Dubner.

Robert Montenegro is a writer, playwright, and dramaturg who lives in Washington DC. His beats include the following: tech, history, sports, geography, culture, and whatever Elon Musk has said on Twitter over the past couple days. He is a graduate of Loyola Marymount University in Los Angeles.You can follow him on Twitter at @Monteneggrolland visit his po’dunk website at robertmontenegro.com.

Related
Starts With A Bang
Ask Ethan: What are white holes, and do they really exist?
In General Relativity, white holes are just as mathematically plausible as black holes. Black holes are real; what about white holes?
Life
Strange life forms create an “alien” ecosystem in an abandoned uranium mine
Slimy biofilms made up of bacterial and eukaryotic life forms have taken over an abandoned, flooded uranium mine in Germany.
Hard Science
Earth has an eerie “sodium glow,” and astronomers use it to image stars
Air currents in our atmosphere limit the resolving power of giant telescopes, but computers and artificial stars can sharpen the blur.
Health
How saliva changes the flavor of food
“It’s a liquid, but it’s not just a liquid.”
High Culture
Why are flood myths so common in stories from ancient cultures around the world?
Could the prevalence of flood myths around the world tell us something about early human migration or even the way our brains work?
Up Next
Culture & Religion
How Do We Learn the Big Stuff?
Where do we learn what matters? Are new forces crowding out the old sources of stories that shape us?