According to neuroscientist and “Head Misfit” of Lotto LabBeau Lotto, a black thing you’re walking toward could be any number of things like, for example, something unlit that’s sticking up. Or it could be a hole. Your eyes can’t tell the difference, and neither could your brain if you lacked the experience to eventually differentiate one from the other. His point is that the world we perceive isn’t actually the world itself—it’s our own story of the world, based on our knowledge and what we’ve learned from others. He says the he world has no meaning by itself (and certainly no instruction manual). We supply the meaning. 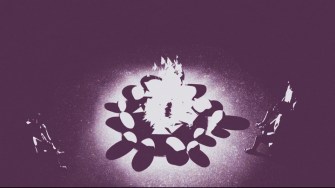 In his video from Future of Storytelling, Lotto explains why this distinction between objective reality and the meaning we assign things has profound ramifications.

Lotto asserts that we don’t see everything: We only see what’s been useful in the past to ourselves or the people we’ve learned from. 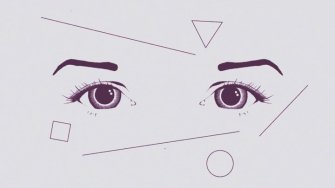 As humanity’s evolved, that collection of what matters has grown and grown, and one generation passes the story to the next, both overtly as parents, and through the more subtle influence of culture. As individuals, we modify the story according to what’s proven important to us personally before passing it on. This is how humanity moves forward.

That story contains things that actually happened, and it contains things we’ve just imagined, like mythology, religion, fairytales, fiction and so on. Interestingly, according to Lotto, both actual and imaginary content light up the same area of our brain, suggesting that they’re both ultimately equally real to us deep down inside.

Evolutionarily, it’s obviously beneficial be part of a community, and its story holds the rules, mores, and provides the historical foundation of any culture. Sharing our understanding narratively allows others us to know why we are the way we are. 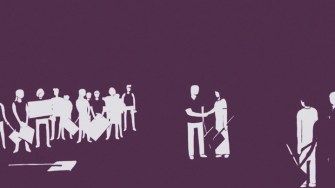 Lotto’s concerned that our immersion in screen-centric technology may be temporarily slowing the progression of our narrative since its non-physical nature means it can’t fully engage the entirety of our brains. He warns, “We can’t escape from the fact that our brain evolved in our body and the body in the world.” 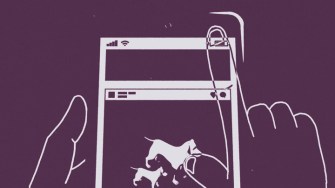 Instead, it lies within virtual reality, since VR can separate us from our 2D screens by merging the digital world with the physical one. This is where it can finally truly join with us—and our brains—in writing the next chapters of the human story. 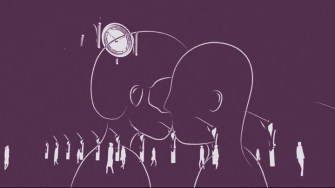 More than 1,000 years ago, Mesoamerican societies conducted one of history’s most interesting experiments in commodity money.
Up Next
Technology & Innovation

These Cities Are Ready to Handle the Digital Economy

Venture capitalists 1776 and other partners have created a ranking of the top 25 cities that are ready for the digital economy. Some are straightforward, while others are surprising.