Okay, so you’re not your own grandpa — as the old song goes — but you may be your own twin. There is something called tetragametic chimerism in which two fertilized embryos fail to recognize each other as siblings and combine to grow into a single fetus with different cell lines in utero. It’s sometimes referred to hauntingly as “Vanishing Twin Syndrome.” In other cases, both twins survive but some DNA is swapped or gets mixed.

It’s likely that many such people, called “chimeras,” never realize their dual-DNA nature. There are only 100 confirmed cases of chimerism so far, though with genetic testing becoming more common, we may see more. Apparently, chimeric mixed-blood groups aren’t especially rare in multiple births — one study suggested that it may be as common as 1 in 10 twin pairs and nearly a fifth of triplets. 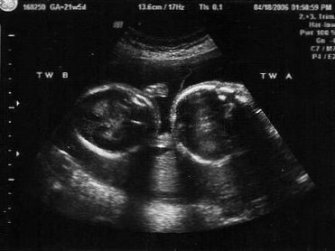 Chimerism is typically discovered only by chance, or when the remaining genetic material from a missing sibling results in unusual health issues, such as mixed blood. Some chimeras have eyes of different colors or unusual skin markings. If the embryos are of different sexes, ambiguous genitalia may result.

The first human chimera was identified in 1953 in northern England: one “Mrs. McK.” She had no unique health concerns, but after she donated blood, screening technicians were mystified to discover that the woman had two blood types. Robert Race and Ruth Sanger, specialists at the Medical Research Council Blood Group Unit in London, recalled a case a few years earlier of something similar happening in fraternal twin cows who each carried their siblings’ blood alongside their own. Further investigation revealed that Mrs. McK had herself been a twin; her brother had died when he was three.

Often, a determination of chimerism is likely to be the result of a long, confusing diagnosticprocess.

A Time article, “How a Man’s Unborn Twin Fathered His Child,” describes a baffling genetic test that showed a boy couldn’t possibly be related to the man whose sperm had inseminated his mother in fertility-clinic treatments. The boy had just 10% of the man’s DNA. Barry Starr of Stanford University’s Department of Genetics told Time that upon reading the man’s genetic report, “it just leapt out at me: uncle. If it was a parent-child relationship, you would see 50% of the DNA related. If it is an uncle to a niece or nephew, it’s 25% related. This man and his son were 25% related.” The couple’s other son had DNA that more closely matched the father, so, as Starr put it, “He is like dad and uncle to his kids.”

When a woman in renal failure and her kids underwent genetic blood analysis to see if they were suitable kidney donors in 2002, the family was at first shocked to learn that she couldn’t possibly be her children’s mother. Again, it turned out that the mother was a chimera whose blood contained DNA from a vanished sister.

A more recent example is singer Taylor Muhl, who gave an interview in February to People in which she described how learning that she was a chimera with a vanished sister explained some odd things. To begin with, the two sides of her stomach are different colors. 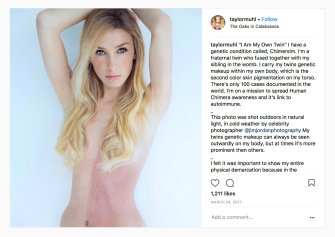 After seeing a documentary on chimerism about eight years ago, Muhl consulted a physician about chronic autoimmune issues with which she’s struggled, and she finally learned what had been going on: She has two conflicting immune systems and two bloodstreams. She told People, “My first reaction was shock. Then my second reaction was sadness because I was like, ‘Oh my gosh! I could’ve gone through life with a twin, with a sibling that hopefully I could’ve been close to.’ There was some sadness.” Still, “I actually felt relief. I felt freedom because for the first time in my life I knew why my stomach looks the way it does. This is why I’ve had so many health challenges.” 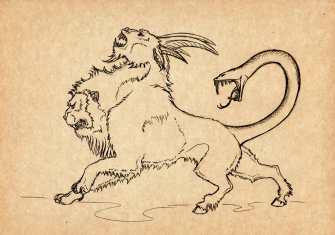 In Greek mythology, the chimera was a monstrous hybrid with the body of a lion, the head of a goat, and a tail that ended with the head of a snake. As if that wasn’t enough, it also breathed fire. Chimerism in humans is thankfully not so extreme, with many showing no outward signs at all, and likely many not even knowing. Like, perhaps, you.

It’s the very closest stars to us that hold the key to unlocking the possibilities for life in star systems all throughout the Universe.
Up Next

How to Prepare for the Rising Millennial Workforce

Millennials are an integral (and growing) part of today’s workforce, now comprising the largest share of the U.S. workforce. As more tech-savvy Millennials join your organization, it becomes increasingly important […]