A major new research study shows that income mobility in the United States is right about where it was forty years ago. That may sound like good news if you were assuming that the American Dream has been in decline over the generations, but don’t stand up and cheer just yet.

First, mobility wasn’t so dreamy in the 1970s, so the fact that it hasn’t budged is hardly cause to celebrate. Second, as Big Thinker Daniel Altman explained yesterday, the increasing gap between rich and poor in America means that the poor in effect have a harder time rising to the highest income levels today than they did forty years ago. “Because inequality has risen,” the study’s authors write, “the consequences of the ‘birth lottery’ — the parents to whom a child is born — are larger today than in the past.”

The study points out a fascinating geographical lottery as well. If you live in Georgia or North Carolina, it turns out, you have a much higher chance of having to get by with an income similar to what your parents made. If you are lucky enough to come from Iowa or Minnesota, on the other hand, you are almost destined to see your income rise over your childhood standard of living. Where do you stand? Check this map over at the Washington Post and zoom in to see how your county fared and how you are likely to fare. 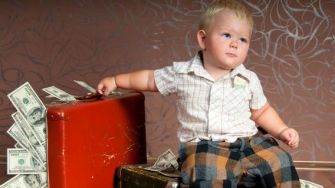 The Problem With Rich Kids

Being mortal makes life so much sweeter.
Up Next

The Real Heroes and Villains in Comic Books

Good versus Evil will always be the stock and trade of storytelling, especially in comic books. The skill of separating good guys from bad comes early to readers, with the […]