You might think it’s hard to tickle yourself because, like any good joke that makes you laugh, there has to be an element of surprise involved. And that’s sort of true. But it turns out that the laugh tickling produces isn’t at all because you find being tickled funny. The mechanics behind tickling are much more interesting.

When someone tickles you, according to Sarah-Jayne Blakemore, a research fellow at the Institute of Cognitive Neuroscience at University College London, two areas of the brain respond: the somatosensory cortex and the anterior cingulate cortex.

So, to answer our original question, when you try to tickle yourself, your cerebellum, which monitors your movements, basically calls off the whole tickle response system by letting it know the sensation it’s about to pick up is actually just you trying to make yourself laugh. But let’s not stop yet.

It turns out there are two types of tickling, both of which, perhaps surprisingly, fall into the category of unpleasant sensations.

Knismesis is a light irritation of a sensitive area, usually by touch. (A gentle electric current will also do the trick.) You can get it from a bug crawling on you, or a hair flicking your skin. Other animals also experience knismesis — in fact, it’s what allows a nose rub to hypnotize an attacking shark (don’t try this at home).

Gargalesis is the more hard-core kind of tickling that involves gales of laughter produced by someone else applying heavier pressure to sensitive areas of your body. (Someone who’s really ticklish has hypergargalesthesia.) 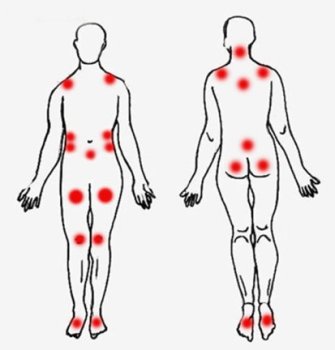 Gargalesis is particularly hard to trigger in yourself. It’s also far more unpleasant than knismesis, and thus produces a stronger response.

Scientist have been trying to figure this out. A recent study at the University of Tuebingen in Germany used an MRI to test subjects’ response to both jokes and tickling. For both, their brains’ Rolandic operculum lit up when they laughed. 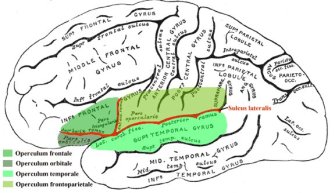 But with tickling, a second area also fired off: the hypothalamus. This is the area of the brain that triggers the primitive desire to flee danger. And really, both these impulses are clearly evident in someone being tickled.

The researchers believe the activation of the hypothalamus indicates that our response to tickling may be a primitive defense mechanism to signal submissiveness in the face of a dominating foe.

More evidence of this: “When you tickle someone, you actually stimulate the unmyelinated nerve fibers that cause pain,” Dr. Alan Hirsch, founder of the Smell & Taste Treatment and Research Foundation in Chicago told the Daily Mail.

Maybe it’s okay that we can’t tickle ourselves.

Related
High Culture
Did Paul Cézanne hide an early self-portrait underneath a 160-year-old still life?
To answer that question, we may have to figure out when the famed painter started to go bald.
Strange Maps
Dutch government releases a genuine treasure map from WWII, sparking a hunt for the loot
X marks the spot. The Dutch town of Ommeren has been swamped by detectorists armed with shovels looking for $20-million treasure.
Thinking
Creative wisdom from Rick Rubin: embrace your inner gatekeeper
Unlock the full potential of your creativity with “holistic detachment.” This is the way of the editor.
If money doesn’t buy happiness, you’re spending it wrong
These money experts say you can buy happiness. There are some red flags to look out for, though.
▸
7 min
—
with
Lindsay Bryan-Podvin
Starts With A Bang
The path forward for astronomers and native Hawaiians
A history of injustice and the greatest natural location for ground-based telescopes have long been at odds. Here’s how the healing begins.
Up Next
Politics & Current Affairs
How Evolutionary Theory Explains Gun Violence in America
Humans like to believe evolution implies progress. As Stephen Jay Gould notes, Darwin warned of this misunderstanding. We may be better at adapting to our present, regrettable circumstances.