Most of us don’t remember infant or toddlerhood. My sister swears she can remember being two years-old. I can’t remember anything before three-and-a-half. It was when they took her home from the hospital. I remember I was so excited, not because of my new baby sister, but because I was getting Spiderman comic books, for being so good during the ordeal. But why do we all have this hole in our memory? Why can’t we remember being a baby?

Sigmund Freud was the first to address this phenomenon, what he called infant amnesia or childhood amnesia. He thought it had to do with being bombarded by abundance of psychosexual phenomenon which, were you to process it, might make your head explode. This theory is no longer considered valid. Since then, neuroscientists, psychologists, and linguists have each approached the question in different ways.

Certain breakthroughs in the study of memory are now offering insights. Neuroscientists today believe, it’s because areas of the brain where long-term memory is stored aren’t fully developed yet. Two areas are responsible for memory formation—the hippocampus and the medial temporal lobe. Besides long-term and short-term memory, there are two other aspects, semantic and episodic memory. Semantic memory is remembering necessary skills or where objects in the environment can be found, both of which help us navigate the world. 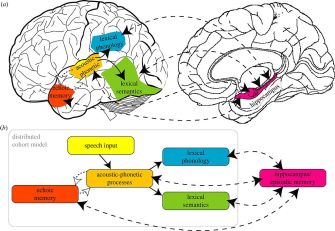 The parts of the brain necessary for semantic memory are fully matured by age one. Yet, the hippocampus isn’t quite able to integrate the disparate networks it manages at that age, quite yet. This isn’t achievable until somewhere between the ages of two and four.

Episodic memory strings individual plot points together, to form the kind of linear structure we’re used to. Curiously, the prefrontal cortex, the area responsible for episodic memory, isn’t fully developed until we’re in our twenties. Memories from the 20s and beyond, may have more added texture and depth and include important details, such as the date and time in which an incident occurred. Interestingly, in the 1980s, researchers discovered that people remember what happened between the ages of six and seven the least. This new discovery may hint to why.

A 2014 Canadian study published in the journal Science, may have uncovered why we can’t remember our earliest years. Throughout our lives, the process of neurogenesis or the growth of new brain cells, is constantly taking place. But in babies, the phenomenon occurs at a far more rapid pace, particularly within the hippocampus. A number of different brain cells sprout up all at once. The process is so robust it results in memory loss, the study finds. 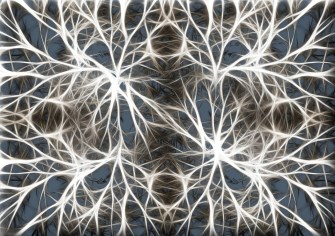 Newly formed neurons push aside established memory circuits and crowd them out, replacing them, and thus leading to infantile amnesia. Neurogenesis occurs in all mammals. In this research, rodents were selected as test subjects. Scientists began with mice. When a mouse went into a certain place in the tank, they received a mild electric shock. After that, researchers gave them a drug or had them run on a wheel, both of which stimulates neurogenesis in their species.

With increased neuronal growth, the mice were less likely to remember the electric shock. When neurogenesis was slowed however, the mice were better at remembering. Two other species were tested in this manner, guinea pigs and degus—a type of Chilean rodent.

Turns out, these species don’t have the same accelerated rate of neurogenesis as young mice do. As a result, they don’t experience infantile amnesia. When scientists did accelerate the pace of neurogenesis in their brains, they too became forgetful. What’s more, we know rapid neurogenesis happens in monkeys and we suspect, humans as well. 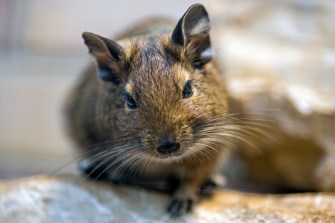 The deletion of our earliest memories may seem like a tragic loss. But according to Dr. Paul Frankland, who led the study, it may be a necessary process. Dr. Frankland is a neurobiologist at the Hospital for Sick Children in Toronto. “Some kind of forgetting is important for memory,” Frankland states. “There’s finite capacity. You need to increase the signal to noise ratio. You want to get rid of all the junk, and you want to remember the important features and important events.”

Other studies have pointed to a lack of language skills or that young children aren’t emotionally developed enough yet, to preserve complex memories. Lacking a sense of self also plays a role. Rather than weakening these arguments, this study may actually support them. These all might be pieces of a very complex puzzle. Though it’s likely the same phenomenon is occurring within us, how to prove so remains difficult. After all, you can’t just hack open someone’s skull to observe their brain, and especially not that of an infant.

Even if it is proven true in humans, which is likely, there are still vast differences in memory retention and capacity from one person to the next. Culture has something to do with it, as well. Those from Western cultures tend to remember more than those from Eastern ones, according to psychologist Qi Wang at Cornell University. That’s because the focus in the West is centered on individual experience which makes memories more meaningful, as they have a greater emotional impact. Genetics may play a role as well.

To learn more about this strange yet universal experience, click here:

More elephants are being born tuskless thanks to poaching