Many of us wish we were taller. A year in space might help. Just don’t come back. Those on the International Space Station (ISS) grow three percent taller. The spine elongates as it is no longer affected by gravity, like back on earth. The world was dazzled recently to learn that astronaut Scott Kelly, who returned home after 340 days on the ISS, had grown two inches taller. But just a few short moments spent on terra firma and the height he gained was gone. Gravity wins again.

Kelly’s mission was twice as long as past ones. He along with colleague, Russian cosmonaut Mikhail Kornienko, are now record breakers for the most consecutive days in space. Part of the mission was to see how the human body holds up for long stretches in microgravity with limited resources. With SpaceX and Virgin Atlantic planning space tourism, and NASAs plans to set up an outpost on the moon, visit near-earth asteroids, and eventually colonize Mars, Kelly’s experiment is timely. More humans will be going into space in the near future. And some will be spending a lot more time there.

Now Kelly will undergo extensive medical testing to see what other effects microgravity has had on his brain, bones, and eyes. A shift toward nearsightedness has been detected among astronauts because space squeezes the eyes. So what else do we know about how living in outer space affects the body? 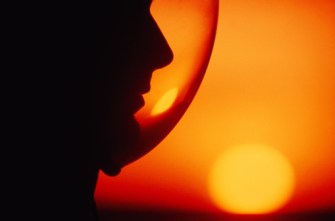 When you first get there, space adaptation syndrome could hit you. This is motion sickness due to weightlessness. Headache, nausea, vomiting, lethargy, and excessive sweating often occur. The severity varies from person to person and usually lasts somewhere between one to three days. For more long-term effects, muscle loss is a serious risk. Our muscles are used to carrying our weight. But without gravity, they become less necessary. As a consequence, the bones begin to strip the body of unnecessary tissue. Without exercise, muscle mass and functionality decline between 20-40%, according to NASA. To make up for it, astronauts spend about two hours a day in strength training. The loss of bone density is another issue. Without proper exercise, astronauts lose one percent of bone density per month. Some time on the ISS’s treadmills or stationary bikes help prevent bone loss.

You may not want to take too many selfies when you first get there, even if you are floating around the room. Your face will get puffy as your legs grow skinnier. That’s because on earth, gravity causes the fluids to pool differently within the body. Sans gravity, fluids begin floating upward into the chest cavity and head. If you ever hung upside down for a while, you know the feeling. Fortunately, this phenomenon calms as one adjusts to a low gravity environment. Time in space can also affect how the body regulates blood pressure and how well it takes in oxygen. 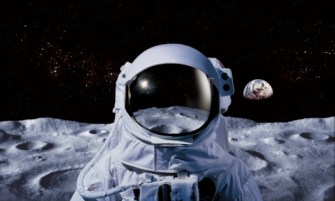 Radiation exposure is the biggest worry, and as a result, cancer. That’s because astronauts have to work outside in space suits or vehicles. NASA is working on new suits to help reduce the risk of exposure.Another problem is proper nutrition.

Food can easily spoil over long missions. But lack of nutrients can cause malnutrition. Though the ISS was well stocked for instance, low quality food, primarily in the taste department, made a lot of astronauts unhappy. This, along with the psychological stress of being in space and living in a cramped environment, for long periods, may mean astronauts and the mission itself suffers.

A recent NASA report proposed using 3D printing technology to provide a more satisfying menu. Lastly, sleeping is a real issue. Flashes of light zip past the ISS from time to time, cosmic beams known as “streaks” or “fireworks,” a natural phenomenon perfect for interrupting slumber. Also the position you sleep in, with your head rolling forward and your arms floating up, is hard to get used to. With limited nutrition and lack of sleep, there is some fear that astronaut’s immune systems may become weakened over time. But more research must be done to confirm this.

Stockholm Syndrome is the most famous of 10 psychological disorders named after world cities. Most relate to tourism or hostage-taking.
Up Next
Technology & Innovation

Major Evolution Breakthrough: Blind Cavefish That Walks like a Four-Legged Creature Is Found

A team of scientists demonstrates that the unique physical adaption of a blind cavefish from Thailand shows how land-walking species evolved.