Every year since 1967, the world’s technology companies gather at the International Consumer Electronics Show to exhibit the latest flashy products they’ve been working on. For the tech nuts who need to experience the absolute cutting edge in consumer technology, it’s the greatest show on Earth.

Here are the five biggest deals to come out of CES 2013: 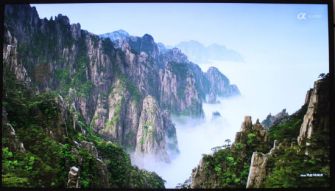 Manufacturers are instead choosing to make TVs that can 2D images of unbelievable quality. This is made possible with OLED (organic light-emitting diode) and 4K technology.

OLED isn’t about resolution. Your picture will stay the same size. Instead, it’s about quality. Colors will be better and the picture will be brighter.

4K, however, is all about resolution. A 4K television pumps out video at four times the resolution of today’s HDTVs. The sharpness on these TVs is completely unsurpassed.

We’re seeing an aggressive push to say goodbye to power cords for your gadgets. You’ll instead be setting them down on a charging surface, where they will wirelessly draw the electricity for themselves by way of inductive charging.

This has previously been possible with help from accessories (a special case for your phone, for example), but manufacturers are beginning to build this capability into their devices more often. Take Nokia’s Lumia 920 smartphone, which comes out of the box ready to for cordless charging without any special knickknacks. Except for its charging pad, of course.

Ubuntu as a mobile OS

Generally speaking, consumers have two options in the world of mobile operating systems – Apple’s iOS or Google’s Android. Each has its own advantages and disadvantages, but we have yet to see another mobile OS present a strong third option.

This might just change with Ubuntu. It’s a Linux-based operating system already powering a small percentage of computers around the world, so surely a scaled-down build should be more than enough for your phone.

Early looks at Ubuntu Mobile show it to be extremely polished, like Apple’s iOS, but also extremely open and customizable, like Android. It simply combines the best characteristics of both major OSes, which might make it too appealing to ignore. 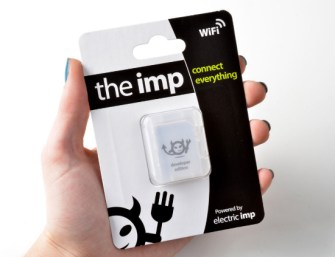 Controlling your home over the internet will soon be as common as flipping a physical lightswitch. And it can all be done affordably with the curiously-named Electric Imp.

The $25 Electric Imp is a simple circuit board with a processor and Wi-Fi connectivity. Hobbyists and device manufacturers can teach their Imps how to do any one of a number of things by interfacing them with real-world objects. Start your coffee maker with a text message. Turn off the lawn sprinkler when it’s raining. Turn on your kitchen lights when electricity is cheapest. You’re limited only by your imagination. 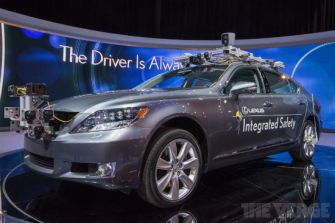 Google was the first company to bring the idea into the mainstream consciousness, but it’s by no means the only one working in the space. Audi and Toyota both have their own self-piloting automobiles that they’re showing off at this year’s CES.

These cars make use of GPS to know where they are, a camera array to know what’s surrounding them, and computer software to interpret all of this data. The result is something bordering on magic.

These five technologies are strong contenders to shape our future and even be further developed down the road. But the consumers choose what lives and dies, so it’s up to them to decide what sticks around.

Perhaps wormholes will no longer be relegated to the realm of science fiction.
Up Next
Culture & Religion

New research with children in Germany confirms similar research in other countries: Extracurricular music study — more so than similar study in other subjects — improves verbal memory.