No hi-tech super-villain lair is complete these days without a retinal scanner or a palm-reader, or a voice-print reader at least—the fingerprints we use to get into our phones seem almost passé at this point. But now the cutting-edge mad genius is going to have a new way to keep the riffraff out: SkullConduct. It’s a new identification system that recognizes you by the sound of your head. A trio of German scientists have just released a white paper detailing the concept.

The system requires a headset—the prototypes look like a pair of eyeglasses—that has a small bone-conduction speaker behind the wearer’s ear and a microphone up by the eyes. White noise is played into the skull while the microphone up front captures how the wearer’s bones affect the sound, and then stores that information as the wearer’s—what—skullprint? Headprint? Bonetone? When the wearer returns to the secret underground military base, the process is repeated, with the system this time verifying that the new result matches the previously stored version.

Here’s a video the SkullConduct researchers have created to show off the idea.

As you can see in the video, the trials they’ve conducted so far have been very encouraging, though they’ve been very limited so far, with only 10 subjects. Their white paper says the system identified users correctly 97% of the time. The scientists are currently working with Alphabet to see if SkullConduct technology can be supported by the rumored successor to Google Glass.

The system depends on every person having a cranial bone structure that’s as unique as a fingerprint. Is everyone’s noggin really unique? According to the white paper, “Since the structure of the human head includes different parts such as the skull, tissues, cartilage, and fluids and the composition of these parts and their location differ between users, the modification of the sound wave differs between users as well.” It’s certainly not a new idea. Phrenology, anyone? 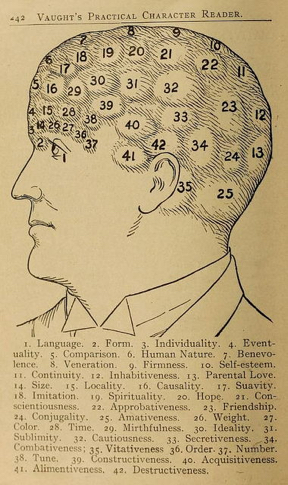 In any event, SkullConduct’s not quite ready for primetime, since the scientists haven’t yet found a way to make it work in noisy environments, and they’d rather it worked with something less unpleasant to listen to than a static-like burst of white noise.

So, super-villains, just hold off on the mwah-ha-ha for now.

These maps show the best and worst qualities of all fifty states in the US, and all European countries.