In the Journal of Alzheimer’s Disease, the largest-ever study of brain images has been published, authored by Amen Clinics. The study encompasses 46,034 Single Photon Emission Computed Tomography (SPECT) brain images sourced from nine clinics. Its authors came to a conclusion that would surprise few women: Women’s brains are more active than men’s. 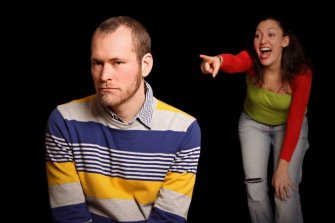 SPECT imaging tracks activity in the brain by registering blood perfusion in specific areas as subjects perform various tasks, or are at rest. The images came from 119 healthy volunteers as well as 26,683 patients suffering from a range of psychiatric issues including bipolar disorder, schizophrenia/psychotic disorders, mood disorders, brain trauma, and ADHD. The study analyzed activity in a total of 128 regions using at-rest baseline images against images taken while subjects performed assigned concentration tasks.

Amen founder and lead author of the study psychiatrist Daniel G. Amen told the Journal, “This is a very important study to help understand gender-based brain differences. The quantifiable differences we identified between men and women are important for understanding gender-based risk for brain disorders such as Alzheimer’s disease. Using functional neuroimaging tools, such as SPECT, are essential to developing precision medicine brain treatments in the future.”

The brains of female subjects were found to be both more active than men’s, and in more areas. The pre-frontal cortex, which is the location for higher executive functions such as focus and impulse control, was one region in which women showed greater activity. This may explain their greater capacity for empathy, collaboration, self-control, and intuition. Women, though, are far more likely to develop Alzheimer’s than men, and to develop depression, believed to be an Alzheimer’s precursor, as well as anxiety disorders. 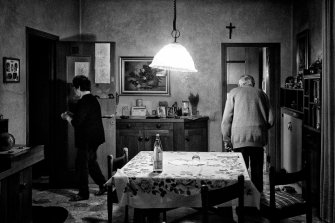 Women’s increased blood flow in the limbic areas also may account for their vulnerability to anxiety and depression, insomnia, and eating disorders.

Men over-performed in the visual- and coordination-related regions. Though less likely to develop Alzheimer’s, men are more prone to ADHD and conduct issues, with 1400% more men having to be incarcerated than women. Which proves what many women suspect anyway about male humans.

The study, to be clear, doesn’t say anything about the relative intelligence of the two genders. Gents, there’s still hope.

Related
The Present
How circular economics can make us happier and less stressed
Entrenched business wisdom says that community-led economic systems are pure fantasy. Douglas Rushkoff disagrees.
The mind-bending physics of time
How the Big Bang gave us time, explained by theoretical physicist.
▸
8 min
—
with
Sean Carroll
The Learning Curve
The art of asking the right questions
The right questions are those sparked from the joy of discovery.
Starts With A Bang
Ask Ethan: Do my atoms really “touch” each other?
When you bring two fingers together, you can feel them “touch” each other. But are your atoms really touching, and if so, how?
13.8
Why the origin of life and the Universe itself might be forever unknowable
There might be a hard limit to our knowledge of the Universe.
Up Next
Design Thinking
Why Leveraging Design Thinking in Business is the Key to Success
Design thinking, or applying the principles of creative design and reasoning to business challenges in a way that focuses on the needs of people, is gaining momentum as the new […]