Berkelium is one of the rarest elements in the periodic table. It’s #97 in the table, and a synthetic member of the actinide element group. It’s believed that less than a gram of berkelium has ever been produced since it first appeared in a University of Berkeley cyclotron in December 1949, a result of smashing alpha particles into americium-241. Now it appears that berkelium has a problem with what physicists consider the laws of quantum mechanics: It disregards them.

Berkelium is so difficult and costly to produce that it hasn’t been studied a lot. 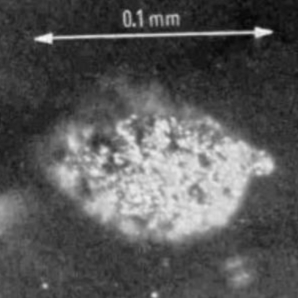 Chemist Thomas Albrecht-Schmitt from Florida State University (FSU) and his team were given a precious 13 milligrams by the Department of Energy for his three-year-long studies, the results of which were published August 2017 in Journal of the American Chemical Society. The team’s findings are based on previous research they published in 2016. 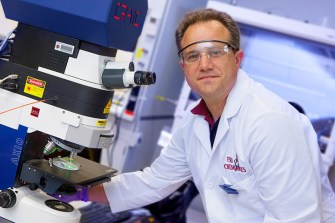 Berkelium is a member of the actinide group of elements, characterized by a silvery or silvery-white appearance when metallic, and by the presence of their valence electrons in the f subshell of their atoms’ 4th electron shell. The mostly synthetic actinides are all highly unstable and thus radioactive.

Once Albrecht-Schmitt received the berkelium, his team had to work fast, since berkelium has a half-life of just 320 days after which it becomes too unstable to work with. Working in their lab and at FSU-headquartered National High Magnetic Field Laboratory, the team hurriedly conducted a series of measurements to get a better grasp of the element before constructing a berkelium borate compound and a complex berkelium molecule as crystals. The crystals had such a positive nuclear charge that they blew apart almost as quickly as they were created. “We didn’t anticipate it,” Albrecht-Schmitt says. “We just saw these tiny crystals exploding.” 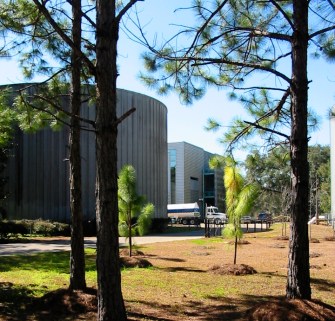 Albrecht-Schmitt’s team eventually found something even more surprising. While quantum theory predicts that electrons in an element’s atoms should line up facing the same direction, that’s not what they saw. And realizing the electrons’ unaligned orientations were the result of them becoming heavier at higher velocities, it occurred to them that what they were seeing was not quantum physics at work, but rather Einstein’s theory of relativity: The faster something with mass moves, the heavier it gets. “It’s almost like being in an alternate universe because you’re seeing chemistry you simply don’t see in everyday elements,” says Albrecht-Schmitt, describing the unexpected discovery as “exhilarating.” It’s no wonder: His team’s discovery has turned chemistry’s understanding of at least part of the periodic table on its head.

Related
Neuropsych
Psychology studies that go viral are likelier to be bogus
A new 20-year analysis of over 14,000 psychology studies finds that a study’s media coverage is negatively linked to its replicability.
The Future
How a device transmits radio waves with almost no power
Apart from the energy needed to flip the switch, no other energy is needed to transmit the information.
The Present
Radical idea: Redraw the U.S. map as a nation of city-states
While cities drive national economic growth, their political geography means they cannot effectively deal with inequality, poverty, and other socioeconomic problems.
The Learning Curve
Why do high IQ people stagnate in their careers? Emotional intelligence
Research suggests that emotional intelligence is more vital for success than IQ.
The Present
Even in the age of AI, some problems are just too difficult for computers
Computers are growing more powerful and more capable, but everything has limits
Up Next
Politics & Current Affairs
Google’s New ‘Pixel Buds’ Translate 40 Languages in Real Time
Other tech unveiled includes a (somewhat creepy) AI personal photographer, new VR gear, and a very affordable mini assistant.