That sound you hear is the pendulum of ergonomic wisdom swinging back toward you — you may want to duck. After taking the business world by storm a few years back as the best thing sedentary office workers can do for their health, a new study asserts that standings desks are, in fact, bad for you. They’re also not the promoters of workplace productivity they’ve been claimed to be. They apparently result not only in physical pain, but — literally adding insult to injury — make you a bit slower mentally.

The study, recently published in the journal Ergonomics, looks at the “short term musculoskeletal and cognitive effects of prolonged standing for office computer work,” and what it finds may make you, well, sit down, sitting health be damned. Previous research has looked at the long-term consequences of standing as you work and found it often results in calf swelling due to varicose veins that can lead to hospitalization. 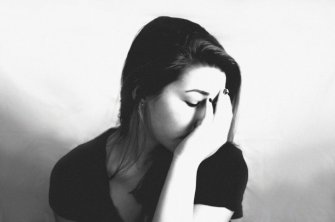 For the new research, researchers studied 20 individuals — 13 female, 7 male — who worked in a standing position for two hours in a laboratory setting. Subjects wore their own flat footwear and were instructed to “stand in their usual manner and were advised to rest their forearms, but not lean on the desk surface.”

Prior to the experiment, every 30 minutes, and finally at the end, the subjects completed a custom version of the Nordic Musculoskeletal Questionnaire to report their current physical state. After the two hours, they were asked at that point when they would have chosen to sit down given the choice. The researchers tested subjects’ mental states using two tests: the Sustained Attention to Response Test (SART) for reaction time, and the Ruff Figural Fluency Test (RFFT) for higher cognitive function. Finally, their muscle fatigue and mobility were monitored through electromagnetic devices.

19 of the subjects completed the experiment, with one dropping out after 74 minutes due to overwhelming discomfort. On average, they’d all have quit around 80.5 minutes if it had been up to them.

Over time, the study concluded that “discomfort increased in all body areas,” while “sustained attention reaction time deteriorated.” There is some good news, though: “creative problem solving improved.”

The takeaway here is that the only way to stay fit, no matter what kind of work you do, is to exercise. Being sedentary is dangerous, but standing desks are not the solution, and it’s also unlikely their cousin the “walking desk” — a standing desk combined with a treadmill — is any healthier. Physiotherapy expert Alan Taylor tells The Telegraph, “The bottom line is that this expansion [in the use of such desks] has been driven more by commercial reasons than scientific evidence.” Not to mention trendiness.

Related
Neuropsych
Asthma drug brings back “lost” memories
In a study involving mice, scientists used two different techniques — one optogenetic and one pharmacologic — to recover “lost” memories.
Stoicism: How to turn your sadness into strength
Chloé Valdary shares the ancient Stoic principle that can defeat modern despair.
▸
7 min
—
with
Chloé Valdary
Hard Science
3 new studies indicate a conflict at the heart of cosmology
The Universe isn’t as “clumpy” as we think it should be.
Starts With A Bang
The sober truth about finding the Universe’s first stars
The Universe certainly formed stars, at one point, for the very first time. But we haven’t found them yet. Here’s what everyone should know.
Life
Our antidepressant drugs are affecting animals and ecosystems
A toxicologist explains the impacts of antidepressants on fish — and no, they’re not getting any happier.
Up Next
Surprising Science
Study: Diabetes falls into five types, not just two
After examining thousands of diabetes patients, researchers in Finland and Sweden identified five distinct categories of diabetes.