Most of us crinkle our nose at the thought of leeches being used in medicine during the Dark Ages. It’s considered one of the symbols of the backwardness of those times. But medieval doctors may have been onto something. Leeches are making a comeback. And they aren’t the only critters with that ick factor showing up at a hospital or medical center near you. In a growing segment of medicine known as parasitology, maggots, parasitic worms, and other creepy crawlies are being investigated or utilized.

Parasitic worms or helminths and their eggs are being tested for what is known as helminthic therapy. This is considered a strange niche of immunology, helping to combat autoimmune disorders. With such disorders, the immune system turns on the body and begins attacking healthy tissue. Developed countries are seeing an epidemic of them. Inflammatory bowel syndrome (IBS), Crohn’s disease, multiple sclerosis, allergies, and asthma are all examples. Proponents of helminthic therapy claim that developed nations are too antiseptic. By sterilizing our environments, we’ve eliminated healthy microbes and parasites which aid our bodies in a number of ways.

The FDA has so far not approved this therapy. Even so, there are companies online shipping such worms to patients in the US and the UK. Mostly, helminthic therapy is used to treat digestive disorders such as Crohn’s disease and IBS. In 2004 an anonymous Californian who suffered from a severe case of ulcerative colitis (UC), rather than have his colon removed as was recommended, instead traveled to Thailand.

There, he swallowed the eggs of the whipworm (Trichuris trichiura). To his doctor’s amazement, he made a full and complete recovery. But a whipworm infection only lasts one or two years. His symptoms returned, and he went back to Thailand to become infected once again. The second time around, doctors from UC San Francisco tracked his case. Unfortunately, the evidence they gathered is merely anecdotal. 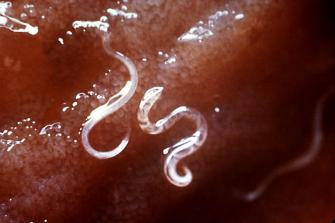 There are also side effects such as a risk of protein deficiency, anemia, difficulty concentrating, and in some patients, stunted growth. Medications and for anemia iron supplements can offset side effects. The FDA has given Investigational New Drug status to two species of worms, so that researchers can look into whether or not helminthic therapy is worthwhile. Studies with rodents so far has shown an impressive ability to tamp down an overactive immune system.

Human trials however have not been so conclusive. A 2013 study, including 250 participants with Crohn’s disease, found no effect. A smaller trial with just nine participants with Crohn’s had mixed results. In two participants, the disease actually worsened. Today, those who are considering this therapy must travel outside the US. There is one clinic in Mexico currently providing helminthic therapy, using hookworms to treat Crohn’s. Tests involving asthma patients have also been inconclusive.

Whipworms aren’t the only ones. Two species, leeches and maggots have been approved by the FDA as “medical devices.” Modern maggot therapy originates in World War I. Surgeon William Baer noticed that among his patients, those who had maggot infested wounds healed quicker. Baer later experimented with maggot therapy. In 1929, he successfully healed 21 bone infections with fly larva.

The 1940’s saw the advent of antibiotics, and maggot therapy was quickly discarded. But not for long. It resurfaced in the 1980s. Though it received much backlash at first, with diabetes rates increasing globally, maggot therapy is on the rise. Since these larva eat only dead tissue, they are the perfect solution for healing stubborn sores and salvaging limbs affected by diabetes.

The larva of the green-bottle fly (Phaenicia sericata), is the most commonly used medical maggot. The flies and their eggs are sterilized beforehand. Some studies have shown that maggot therapy can save 40-50% of limbs, fingers, and toes slated for amputation. One particular study found that a mere 19% of patients needed amputation afterward, while 89% said they would undergo it again. Today, 24 labs in 40 countries produce them. In the US, 2,000 medical centers utilize maggot therapy. 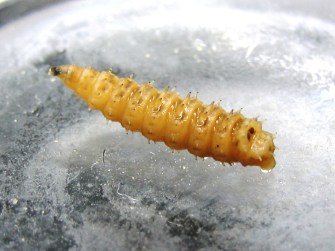 Lastly, there’s everyone’s favorite bloodsucking worms—leeches. These have been used in the medical practice for two millennia, if not more. At one time, the use of “leeching” was so common in Western medicine that a doctor was referred to as a “leech.” Today, leeches are used to soak up excess blood during surgery, when a finger is being reattached, for instance. Though arteries can be pieced together successfully, sometimes surgeons find veins tricky to deal with. Blood may come into the finger but fail to reenter the circulatory system and travel back to the heart. After a little while, the blood begins to coagulate and the finger is lost.

Due to their usefulness in surgery, leeches became approved by the FDA in 2004. A leech’s saliva is imbued with a natural anti-coagulant, much like ticks, mosquitos, and vampire bats. Leech saliva also has chemicals that relax blood vessels. Leeching provides the time necessary for veins and other blood vessels to regrow in an area and to be reattached, so that circulation can become normal again.

After a few hours or days of leeching, the skin around the surgical area will continue to bleed, instead of coagulating, giving tissue a chance to heal. The patient may need a transfusion, but the space for healing will ensure that the finger can be saved. Moreover, leech secretions are being tested in Germany, in the form of an anti-inflammatory drug which could decrease swelling and pain in osteoarthritis patients. Though we may at first scoff at the use of the lowly leech and other insects in medicine, in truth these humble creatures are saving patients’ lives and limbs, and aiding the overall development of medical science.

To learn more about maggots in medicine click here:

It’s the very closest stars to us that hold the key to unlocking the possibilities for life in star systems all throughout the Universe.
Up Next
Culture & Religion

The Man Who Broke Baseball’s Color Line Before Jackie Robinson

Why did Jackie Robinson have to break baseball’s color line in 1947 after another man broke it almost 70 years before?